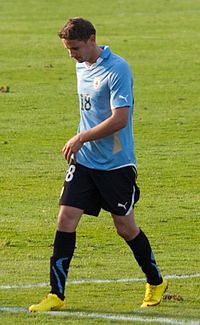 Bologna winger Gaston Ramirez has again been linked with a move to Liverpool this summer.

The 21 year old Uruguayan has been the subject of a 20m (£16.3m) bid from a Premier League club, believed to be Liverpool, his agent has said.

Liverpool were linked with Ramirez last month, as they seek to add some width and pace to their midfield this summer. He is mostly a left winger but is comfortable through the middle and on the right too.

Check out this cheeky finish from Ramierez earlier this season: