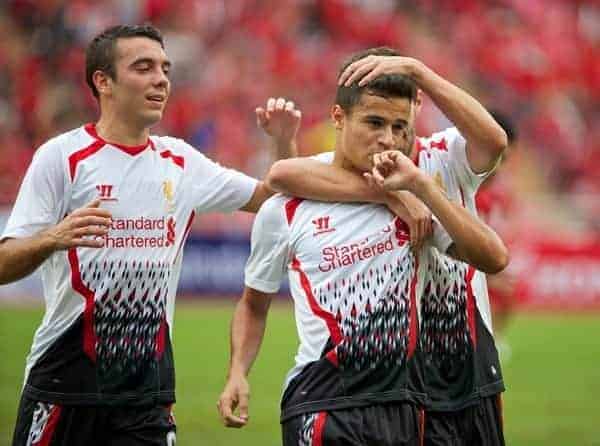 Liverpool rounded off their pre-season tour with a comfortable win over a Thailand XI in Bangkok on Sunday. The goals were scored by Philippe Coutinho, Iago Aspas and captain Steven Gerrard. Coutinho’s opener was a thing of beauty, beating 3 defenders before finishing. Aspas took his goal well and Gerrard chipped the keeper after an assist by Aspas.

Coutinho was undoubtedly the man of the match, while Joe Allen also enjoyed a good game.

Luis Suarez played the last half an hour, while Brendan Rodgers gave some players a full 90 minutes for the first time this pre-season.

The match means Rodgers side have won all four pre-season games thus far, without conceding a goal, admittedly against weak opposition. They face Olympiakos next in Gerrard’s testimonial at Anfield next Saturday.