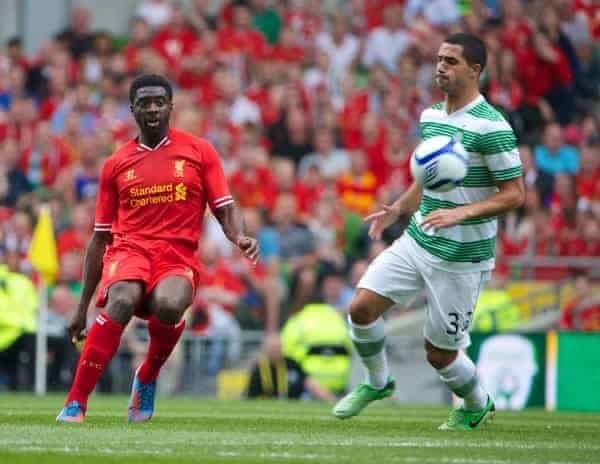 Liverpool defender Kolo Toure has spoken about the news that Luis Suarez will stay at Anfield beyond this summer, saying the players are “very happy”.

The Ivorian international defender was speaking to Radio City 96.7 on Wednesday afternoon and responded to the news from Uruguay that Suarez will stay at Liverpool, despite this summer’s transfer saga, and sign a new contract.

When asked about the news, Toure said, “It’s great, we’re all really happy.

“We want him to stay because what he did last season for the team was amazing.

Last week Suarez was told categorically that he would not be sold by the club’s owner John Henry after he had spoken to newspapers about his desire to leave Liverpool for Arsenal, who were the only club to table a bid for the Uruguayan this summer.

Suarez’s actions were punished by being made to train alone so as not to disrupt the harmony of the rest of the squad.

Red boss Brendan Rodgers has asked for a full apology from the 26-year-old forward.

When asked about whether Suarez owes his teammates and the club an apology, Toure said, “I won’t comment on that. The boss has said what he’s said and what he thinks is right for the team.

“The most important thing for us is to focus on the season.”

Suarez is currently on international duty with Uruguay, where he scored the second in a 4-2 victory over Japan this morning.

He will now return to training on Merseyside, though is suspended for the first six games of the new season, which gets underway this Saturday with Stoke City visiting Anfield in a 12.45pm kick-off.