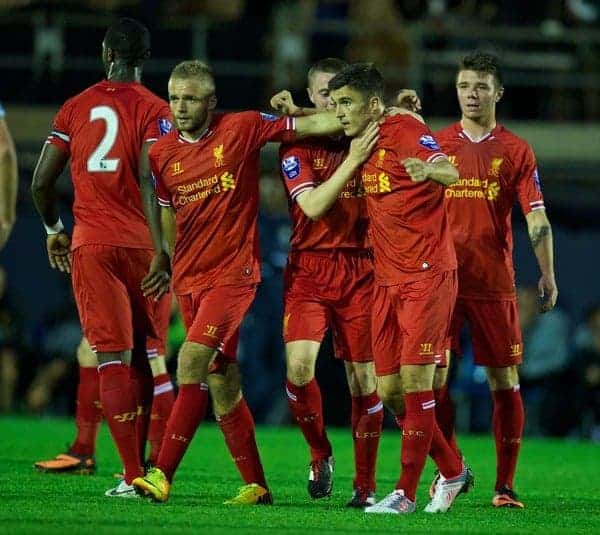 Liverpool youngster Adam Morgan has been told he can leave the club on a free transfer, according to reports on Monday and the weekend. The 19 year-old academy graduate has, according to The Daily Mail and Mirror, been attracting interest from Championship side Blackburn Rovers.

Morgan was part of the Reds’ pre-season squad that toured USA last summer and made three appearances in the Europa League, although mostly due to the lack of other forwards at Brendan Rodgers’ disposal at the time.

He made headlines earlier this season when he scored a superb strike from 45 yards for the Under 21s against Manchester City.

However, with German youngster Samed Yesil recently having returned from long-term injury, and Michael Ngoo back from his loan spell at Yeovil early, the club appear to have decided to allow Morgan to leave in order to continue his development.

The Reds also have 17 year-old forward Jerome Sinclair, who became the club’s youngest ever player when he made a sub appearance against West Brom in the League Cup last season. Sinclair has been in fine form the Under 18s this season and is likely to profit from Morgan’s departure.