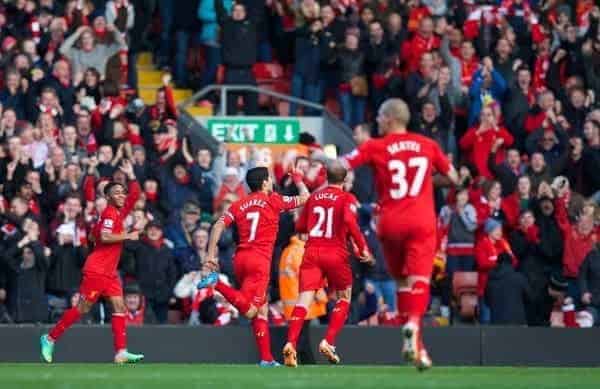 There were several great performances from Liverpool players in the 3-1 victory over Cardiff City on Saturday, but who shone most of all for you? It was a win that took Liverpool back to the top of the Premier League, where they could remain for Christmas, should Arsenal not beat Chelsea at the Emirates on Monday night.

During the 3-1 win over the Bluebirds, Luis Suarez was magical yet again with two first half goals and unselfishly setting up Raheem Sterling for his goal.

Philippe Coutinho had one of his better performances of late with dinking through-balls and close control to take Liverpool to more advanced areas of the pitch.

Simon Mignolet made some good saves at the back, behind solid performances from Martin Skrtel and Mamadou Sakho.

Jon Flanagan continued to impress at left-back, both defensively and going forward, whilst Joe Allen took control of the game by the scruff of the neck with another commanding performance in the middle of the park for Liverpool.

Jordan Henderson and Lucas too, had good games.

But who wins your Man of the Match vote? Let us know by voting in the poll below, and leaving your comments below, or on Twitter @thisisanfield.