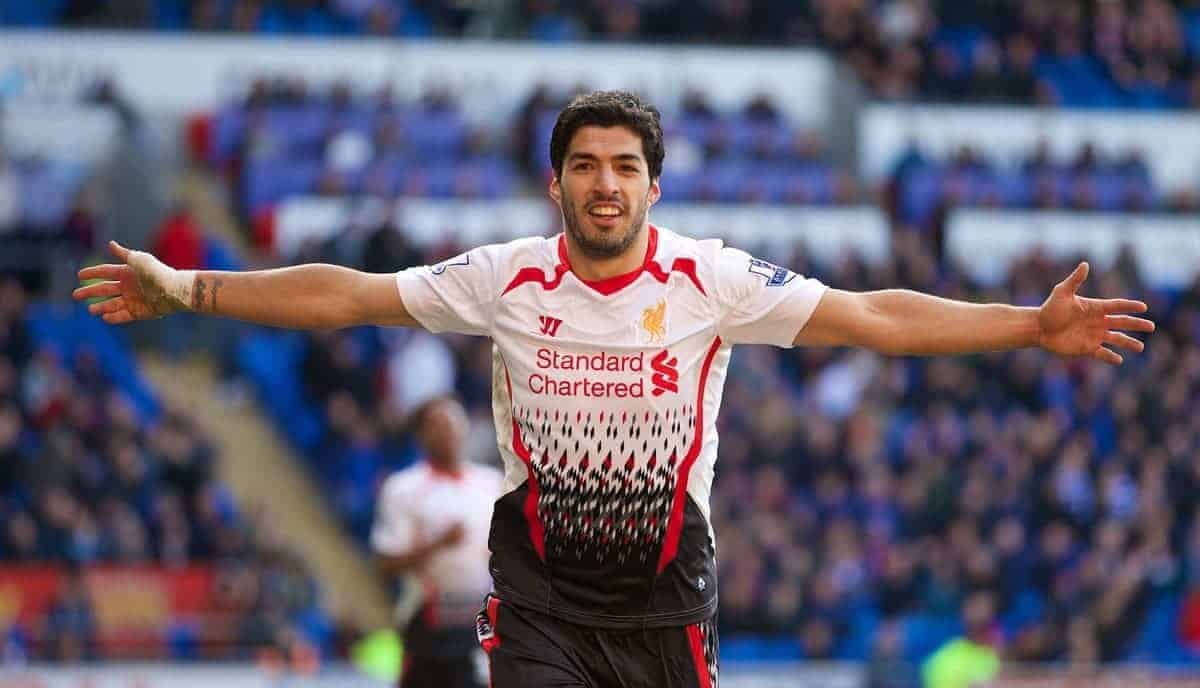 On the day that Liverpool beat their club record Premier League goals in a season, scoring their 82nd goal in the 6-3 win at Cardiff, Luis Suarez equalled Robbie Fowler’s 28-goal record for a Liverpool player in a Premier League season.

Suarez hit his third hat-trick of the season – his sixth for LFC – and needs just four more goals in the eight remaining games to become the leading Premier League goalscorer in a 38 game Premier League season – that despite missing 5 league games through suspension.

The current record for goals in a 38 game Premier League season is held joint by Alan Shearer (1995-96) and Cristiano Ronaldo (2007-08) with 31 goals – both of whom took penalties, which Suarez of course does not, making his record this campaign even more the impressive.

Suarez has 28 goals in 25 Premier League appearances, a ratio of a goal every 80 minutes.

The 47 goals between Suarez and Daniel Sturridge comfortably beats Liverpool’s previous record Premier League strike duo of Fowler and Stan Collymore in 1995-96 (42 between them).

After three away games in succession, in which Liverpool scored 12 goals, the Reds now have two home matches inside a week.