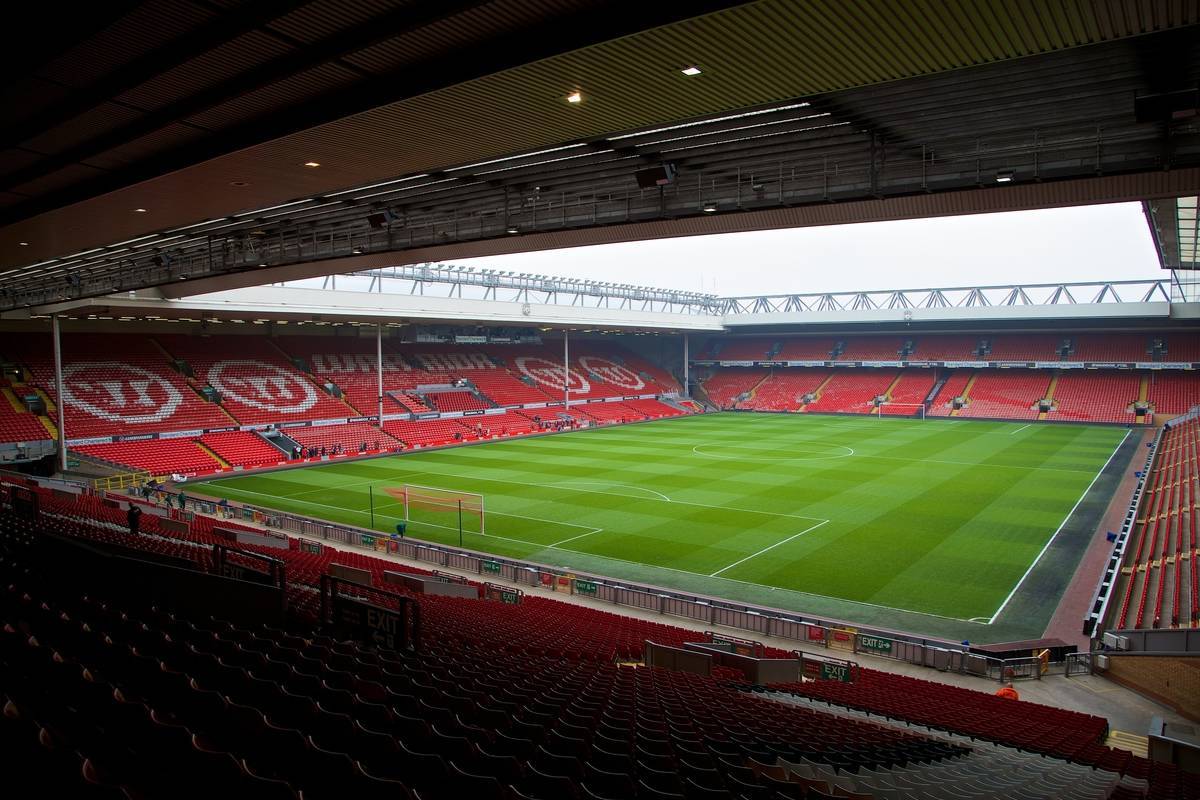 Liverpool are set to reveal the long-awaited plans for an expanded Anfield on the last weekend of April, prior to the visit of Chelsea.

Officials close to Liverpool recently suggested the date had slipped back by a few days to 26th or 27th April – nothing to be concerned about, these things happen – otherwise we would already have been able to see the plans by now.

Liverpool appointed highly-respected London-based architects KSS to work on the stadium redevelopment plans – the same company that oversaw the design of executive areas at the City of Manchester Stadium in 2002, the Chelsea Village at Stamford Bridge and the company behind the designs of the proposed new stadium for Tottenham.

The designs – when they are unveiled – will detail the club’s plans to increase the capacity of the famous stadium to 58,500 in two stages.

An expanded Main Stand is the club’s priority but Liverpool will also seek planning permission to refurbish the Anfield Road end – however that stand is viewed as the second phase of building work, which will only begin once the Main Stand has been completed.

Sources close to the project say that the current seated section of the Main Stand will remain, with the old roof being removed.

Two new tiers will be added meaning the Main Stand becomes one huge three-tiered stand with a capacity of over 20,000. The Anfield Road Stand will simply look like a bigger version of the current one.

The Liverpool City Council document, called the ‘Anfield Spatial Regeneration Framework’, confirms that the Main Stand will become the biggest stand in the ground, eclipsing The Kop, which has a capacity of 12,390. The same sources also believe that the new stands will not look out of place, in other words they will sit neatly alongside the two stands that will remain unchanged – The Kop and Centenary Stand – rather than stick out like a sore thumb.

This is very believable when you bear in mind the excellent way in which John Henry redeveloped and knitted together the old and new buildings at Fenway Park, the spiritual home of his beloved Boston Red Sox.

So rest assured, the new-look Anfield will retain its distinct character and thankfully the stadium won’t end up looking like it came flat-packed from Ikea.

In addition, the atmosphere at Anfield will be retained as the distance from the pitch will be unchanged. We also know that all extension and redevelopment work will go on around the current stands, so that fans will not be prevented from attending due to a reduced temporary capacity. Another plus of working this way is that the club won’t miss out on crucial match day revenues.

While on the subject of revenues, Liverpool have comprehensively ruled out selling the naming rights to Anfield.

Again for clues, look across the pond and consider how John Henry approached the stadium expansion in Boston. He has constantly resisted the urge to enter a naming rights deal on Fenway Park, considered to be the most historic stadium in baseball.

Naming rights haven’t happened at Fenway and they won’t happen in L4 even though companies would be very eager to spend millions of pounds to splash their brands across both grounds.

However, sponsorship deals for the naming rights to the new Main Stand and Anfield Road Stands as individual stands are under discussion. Although club officials insist that finance for the expansion projects aren’t in any way dependent on them.

Out of interest, leading sports marketing experts suggest that naming rights for the two stands could generate as much as £3-5million a year for Liverpool, which would represent welcome additional revenues, alongside the increased revenues from the additional 14,000 fans who will soon be able to attend match days. Liverpool’s current match day revenues are in the region of £45m a year, but the new stadium is likely to boost that figure considerably towards the likes of Arsenal who currently generate a whopping £92m a year from the Emirates. In the age of FFP that will prove critical to a resurgent Liverpool.

We eagerly look forward to the visit of Jose Mourinho’s Chelsea but equally so, we look forward to seeing the stadium plans, which will represent a glimpse into the future of our great club, one that looks increasingly ready to sit back on our perch.