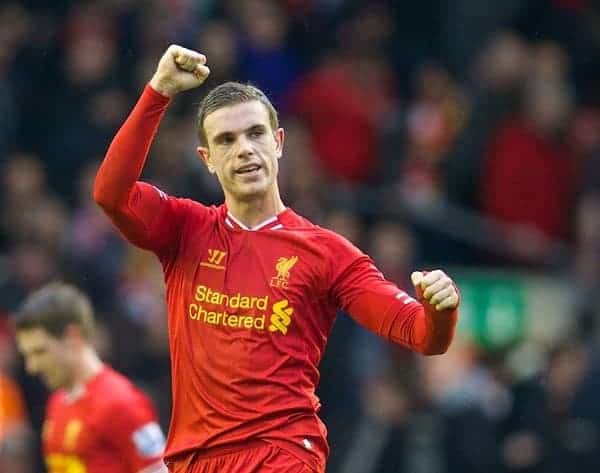 Jordan Henderson returns to the Reds starting XI for the final day clash with the Magpies, following his three-game ban, while Daniel Agger comes in for Mamadou Sakho. Is this the day Liverpool win their first Premier League title?

Mamadou Sakho’s performance against Palace clearly didn’t impress Rodgers either, with the Frenchman making way for Daniel Agger, in what could potentially be the 29-year-old’s final appearance in a Liverpool shirt after eight years at the club.

Philippe Coutinho remains on the bench also, with Joe Allen’s good recent form seeing him retain his place in the side.

The Reds have to beat Newcastle and hope that West Ham defeat Manchester City at the Etihad. The odds are stacked against Rodgers and his men, but stranger things have happened in football.

Fingers crossed that in a few hours time we could be celebrating arguably the greatest day in Liverpool’s illustrious history.

Liverpool vs Newcastle gets underway at 3pm and is live on Sky Sports 2 in the UK.