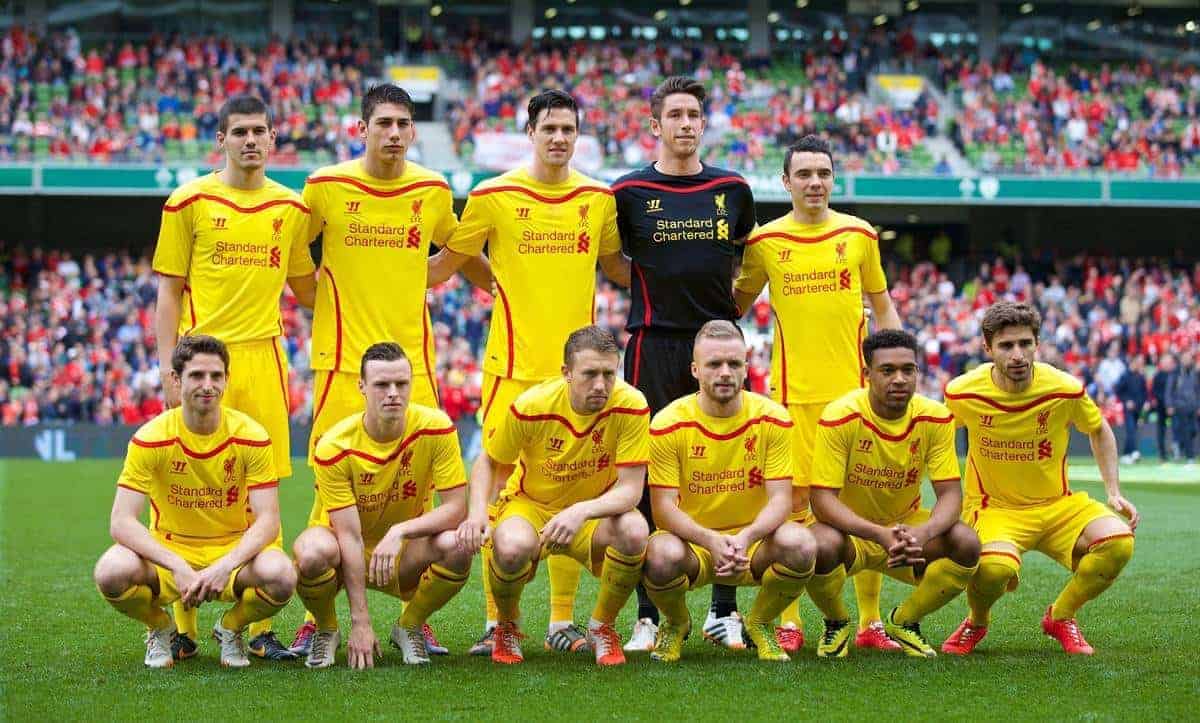 Liverpool’s youngsters took their chance to impress as Brendan Rodgers’ side enjoyed a successful outing against Irish league side Shamrock Rovers in Dublin on Wednesday evening.

Liverpool, sporting their brand new away kit which was unveiled prior to the match, featured predominantly young players and squad players from this season.

Fabio Borini returned after his loan at Sunderland, but only Lucas Leiva and Joe Allen were regular first-team players in the starting XI.

Iago Aspas opened the scoring early on after good work by teenage duo Brad Smith and Jordon Ibe down the left hand side, the Spanish striker finishing from close range.

Borini made it 2-0 two minutes after half-time, Ibe again with the assist to play in the Italian who side footed past the goalkeeper across goal for a nice finish.

Martin Kelly made it 3-0 on 74 minutes, volleying in from close range after Aspas’ shot from the edge of the box was deflected into his path.

Kelly, who has struggled for fitness and hasn’t started a Premier League match since September 2012, played the match as centre back alongside Spaniard Rafael Paez.

There were late appearances for several youngsters to get their first taste of “first team” action at the club; defender Jordan Williams, and attackers Kris Peterson and Jack Dunn.

It was Dunn, the top scorer for the under 21s this season, who made it 4-0 on 83 minutes with a superb finish from a through ball from right-back Connor Randall – Randall having replaced Ryan McLaughlin in the second half.

Half-time saw Joao Carlos Teixeira and Cameron Brannagan, two impressive performers from the under 21s this season who have impressed Rodgers, replace Lucas and Allen.

Before the game Rodgers explained how he told the young players in the squad that this was their opportunity to make sure it was their names he was thinking of as he heads off on holiday. Some of them certainly did that.

There will be more chances for the young Reds again when they return for pre-season on the American tour. Exciting times ahead.