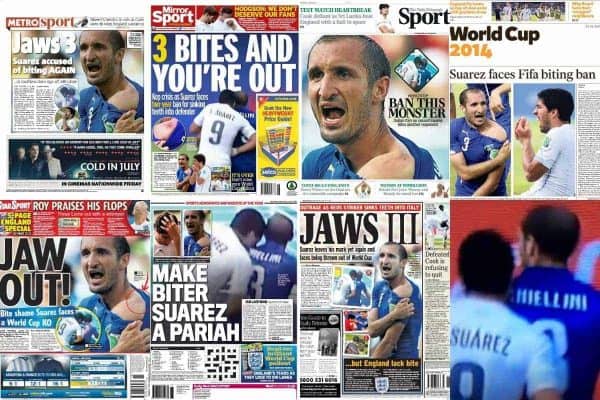 The Uruguayan Football Association’s appeal against Luis Suarez’s ban for biting Italy’s Giorgio Chiellini during the World Cup has been rejected by Fifa.

The Liverpool forward is set for a £75 million move to Barcelona this week, but will not play for them, nor make a public appearance as their player, until the end of October.

A statement released by Fifa on Thursday reads:

The FIFA Appeal Committee has decided to reject the appeals lodged by both the Uruguayan player Luis Suárez and the Uruguayan FA, and to confirm the decision rendered by the FIFA Disciplinary Committee on 25 June 2014 in its entirety.

The terms of the decision taken by the FIFA Appeal Committee were communicated to the player and the Uruguayan FA today.

The relevant decision is not yet final and binding, i.e. an appeal to the Court of Arbitration of Sport (CAS) is still possible (cf. art. 67 par. 1 of the FIFA Statutes) by the player and/or the Uruguayan FA, subject to certain conditions.

Suarez’s move to Barcelona looks set to be completed imminently, with The Telegraph reporting on Wednesday night:

Negotiations between Liverpool and Barcelona are highly advanced, and the only other delay has been over the schedule of payments, but the forward is expected to be presented by the Spanish giants in the next few days.

The 27-year-old scored 82 goals in 133 appearances for the Reds since signing from Ajax in January 2011.