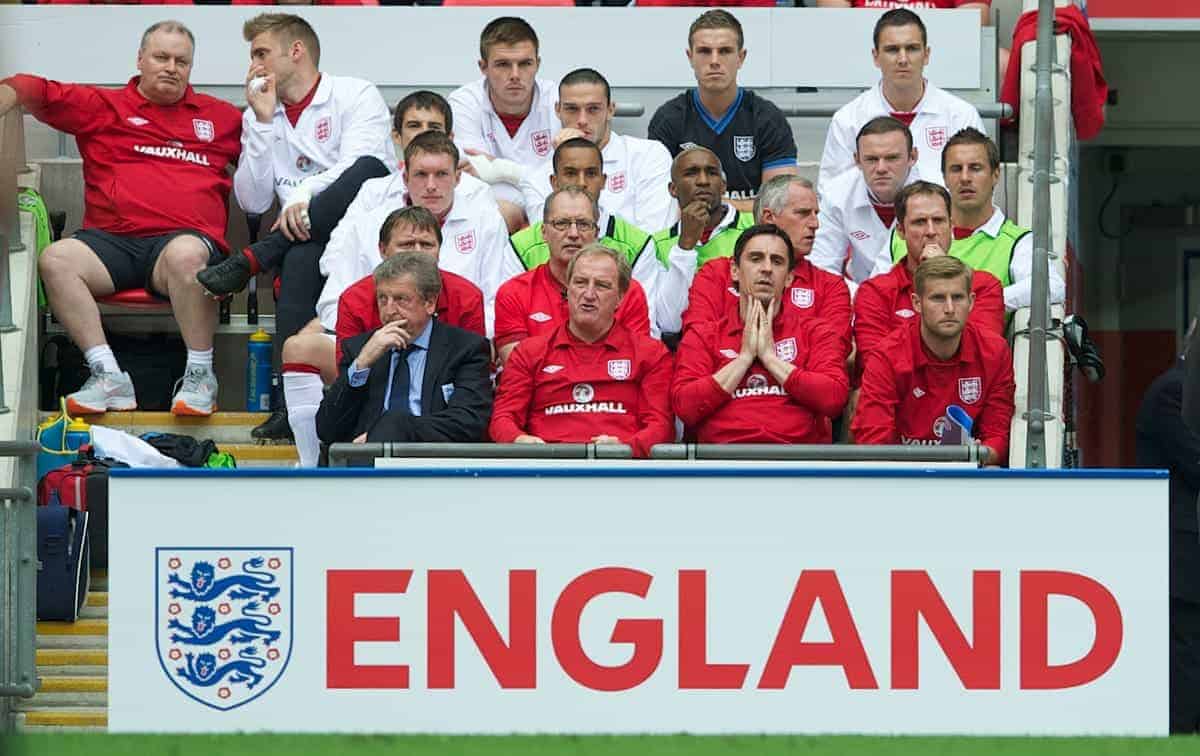 The age old question of club vs country was sparked back to life over the weekend after Roy Hodgson’s revelations to the media.

The England manager has hung one of his own players out to dry by telling the press that Raheem Sterling had ‘complained’ of feeling tired. Hodgson’s revelation sparked outrage and debate with England fans and media alike, resulting in football fans across the country raising the club vs country debate once again.

In today’s football world and the power of social media, the slightest disagreement between club and country gives English media the golden opportunity to write nonsense. The debate drives a fixation into the minds of football fans across the country that players have to choose between their club and country.

With an extensive managerial career in club football, Hodgson of all managers should be aware of the disruption and headaches international breaks bring to football managers across the premier league.

Across the past few months, the international breaks have proven more than just a headache for Liverpool boss Brendan Rodgers. Picking up injuries on international duty, Daniel Sturridge, Joe Allen, Dejan Lovren and Emre Can have all been added to Liverpool’s ever growing injury list.

The one injury that sparked the most outrage with Rodgers was the thigh injury Sturridge picked up whilst with England. After refusing to allow the Liverpool man’s usual two day recovery, Sturridge limped out of the heavy training session made to do by the England staff. The resulting injury has kept one of Liverpool’s best players out of action for over a month.

It is hard to dispute with Rodgers at feeling aggrieved at the manner in which Liverpool’s number 15 picked up his injury. As annoying and interrupting as they are, unfortunately international breaks are part and parcel of the season.

Coming in the same year Hodgson admitted he had played Sturridge while not fully fit to ‘test his resolve’ and then that it was better he was injured during the season than the summer for the World Cup, you begin to understand why Rodgers has a right to be annoyed.

The Reds boss sends his players off to their respected national teams expecting them to be treated well under the guidance of their national coach and backroom staff. And with recent events over the past few months, there is no doubt now that Rodgers has lost faith and possibly respect with the England camp.

Hodgson’s remarks about Sterling and subsequently questioning Liverpool’s training methods are nothing short of embarrassing for the England manager. The lack of empathy shown for his own player questions whether he is the ‘nice man’ in football or whether he is just simply short of common sense.

The cat and mouse spat between Rodgers and Hodgson was sparked further back into life before the most recent international break. In the Liverpool bosses pre-match press conference before the visit of West Brom, Rodgers publically declared to the media that Sturridge was fit for Liverpool but not England.

No doubt infuriating Hodgson, the experienced boss surprisingly took the bait – using the Liverpool and England starlet Sterling to score points with Rodgers.

But now finally, Liverpool has a manager that is not afraid to stand up to England and ultimately the FA. Being the hands on manager that he has always been, Rodgers will undoubtedly stand up for his players through thick and thin.

Without a doubt, Rodgers will react to Hodgson’s lack of empathy with class. What started off as a slanging match between the pair is now in jeopardy of becoming personal following Hodgson’s comments regarding Liverpool’s training methods. But with anticipation, these laughable comments made will certainly fuel the Irishman with laughter, not anger.

The mess left by Hodgson regarding Sterling will of course be cleaned up by the Liverpool manager. Rodgers has grounded Sterling, filled him with confidence and helped him develop over the past few seasons and there is no doubt that he is the man to clear Sterling’s mind once again.

Liverpool head into this weekend’s clash with bottom of the table QPR with Rodgers hoping that all players are fit, fresh and ready after returning from international duty. After an avoidable headlining week for young Sterling, the next question raised will be whether Rodgers puts the 19-year-old in his starting 11 or not.

With the home game against Real Madrid next week no doubt in the forefront of Rodgers’ mind, it is now crunch time as to whether he leaves big names out for the trip to North-West London.

One thing is for sure though, whether Sterling gets the nod for Sunday’s game or not, Rodgers will do what he thinks is best for the team and not for his relationship with the England camp and Hodgson.