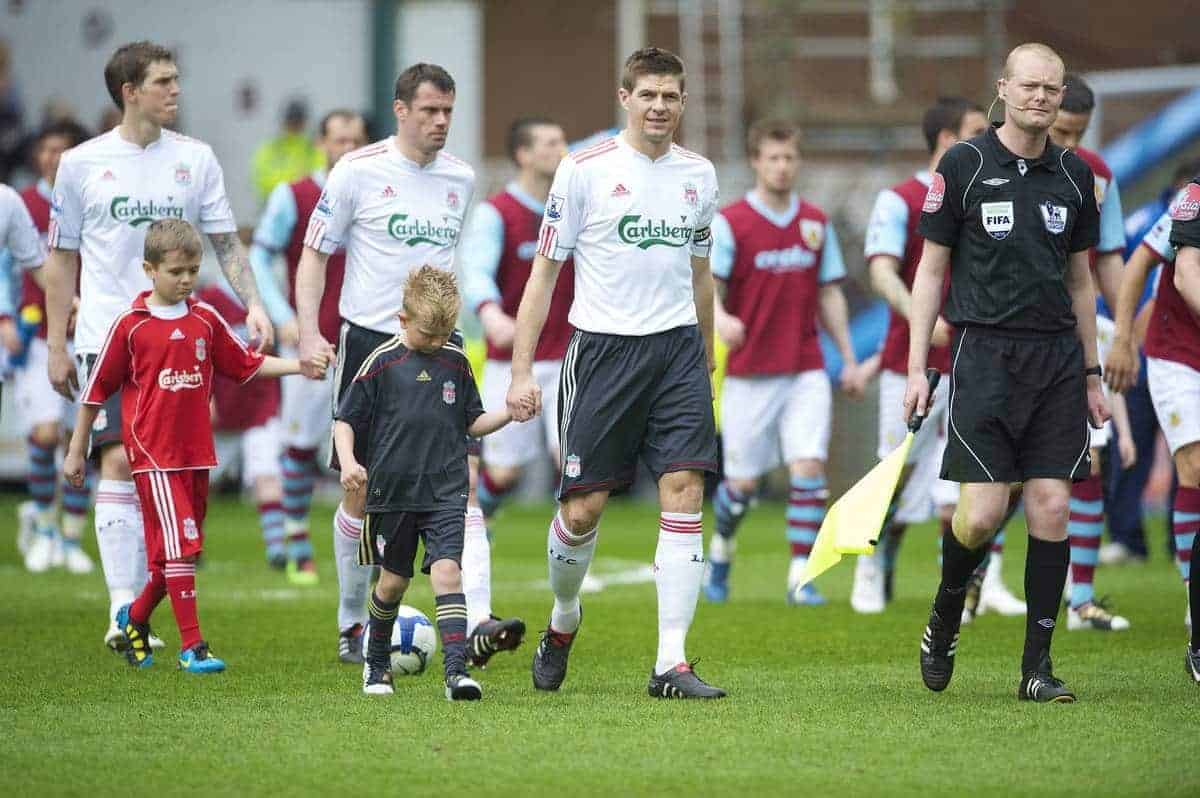 Liverpool travel to Turf Moor to face Burnley on Boxing Day, and we look back at the last time the two sides met there, and how the Reds’ season panned out. Liverpool had not enjoyed an impressive season under Rafa Benitez, having come so close to winning a maiden Premier League title in 2008/09.

Club politics were certainly playing a part, with Benitez’s relationship with then owners Tom Hicks and George Gillett souring by the week.

The trip to Turf Moor was the Reds’ 36th league game of the season, and they knew that victory was imperative if they were to keep their incredibly slim Champions League hopes alive.

Burnley, meanwhile, would be relegated to the Championship if they failed to beat Benitez’s men. Liverpool made four changes to the side that had beaten West Ham 3-0 at Anfield in their previous game. Daniel Ayala, Javier Mascherano, Alberto Aquilani and Ryan Babel came in for Sotirios Kyrgiakos, Lucas Leiva, Yossi Benayoun and David N’Gog.

The first-half was a pretty forgettable 45 minutes, in truth, but it was the visitors who dominated proceedings completely.

The gulf in class between the two sides, despite the Reds’ poor campaign, was evident, and it was clear to see why the Clarets were soon to be back in the Championship.

After the break, however, Liverpool were rampant.

Gerrard, whose form had not been as devastating as it had 12 months previously, when he was voted Footballer of the Year, gave his side the lead after his effort from 20 yards deflected off Leon Cort and flew past Jensen.

Seven minutes later the skipper was at it again, and this time it was a sublime strike. The then 29-year-old fired an unstoppable shot into the corner of Jensen’s net from 30 yards, all but sealing Burnley‘s fate in the process.

From that point on it was clear that the hosts were destined for the drop, despite Fletcher hitting the post, and Liverpool put the final nail in their coffin with two more goals in the final 16 minutes. Maxi Rodriguez clinically added a third after a lovely pass from transfer disaster Aquilani, before Babel made it 4-0 in the dying seconds having been put clean-through by Lucas.

It had been an excellent afternoon’s work, and meant that with two Premier League games remaining, the Reds could still mathematically finish in the top four.

Despite the win, Champions League qualification evaded Liverpool in 2009/10. Defeat to Chelsea at Anfield in their penultimate game sealed their fate, while a limp 0-0 draw at Hull City on the final day seemed to sum up their poor campaign.

A seventh-place finish was extremely disappointing, especially when you consider how many people had tipped them to win the title following their 2008/09 exploits.

The following month, Benitez left the club by mutual consent, bringing an end to his six years in charge at Anfield. He had been arguably Liverpool’s finest manager in the Premier League era.

Burnley, meanwhile, spent four years in England’s second tier, before earning promotion back to the top-flight last season. They are being heavily tipped to go back down this season, however.

It will be a surprise if the Boxing Day clash is as one-sided as the last league meeting between the pair though.

What are your predictions for the Boxing Day showdown? Let us know in the comments section.