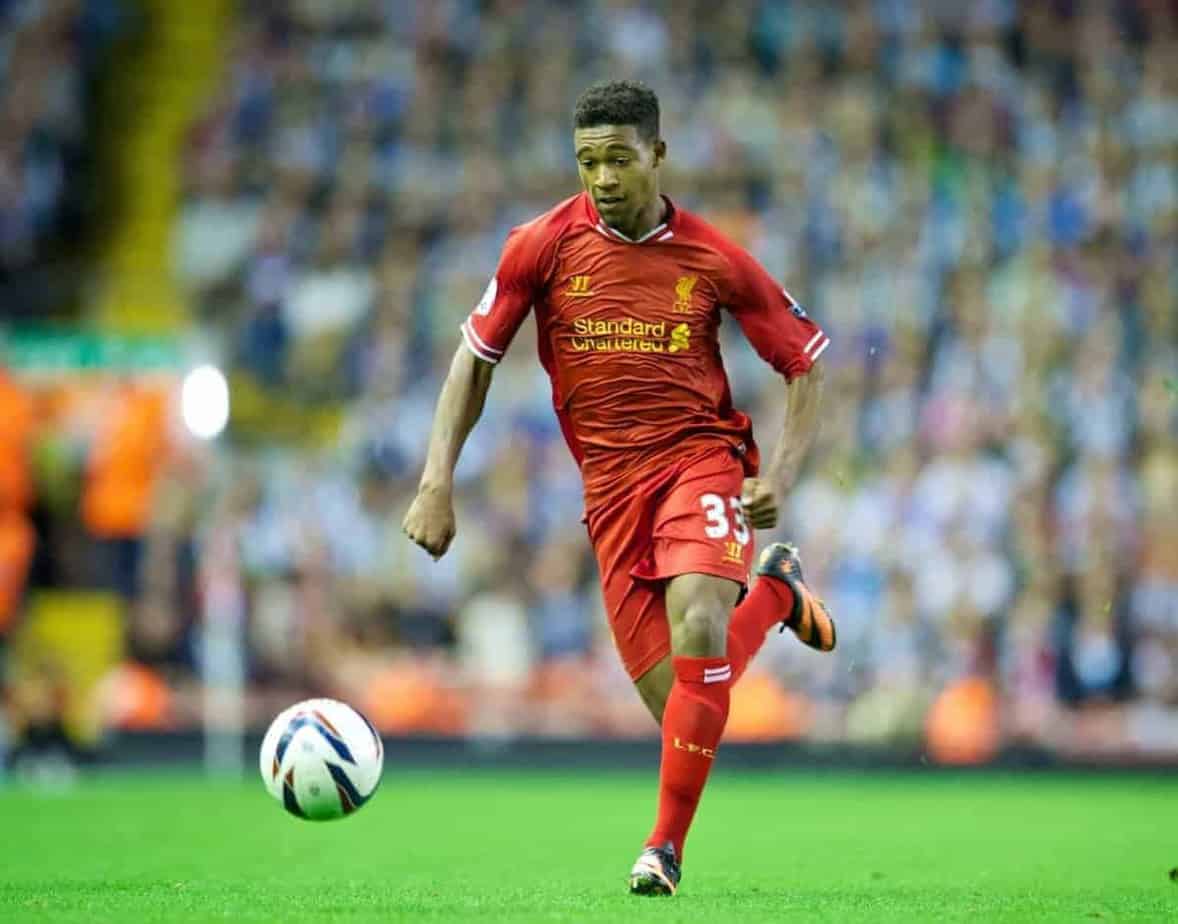 Jordon Ibe returns to Liverpool this month after being recalled from his loan at Derby County. Here, Jack Lusby asks Rams fan Joel Clyne what to expect.

It is a surprising, but ultimately welcome move for Liverpool to recall 19-year-old winger Jordon Ibe from his season-long loan spell with Steve McClaren’s Derby County—manager Brendan Rodgers must factor Ibe in his first-team plans this season.

But what should Liverpool supporters expect from Ibe this season?

We spoke to Joel Clyne, ardent Rams supporter and host of Derby County Podcast, about how Ibe has progressed at the iPro Stadium this season.

Hi Joel, first of all, what did you know of Jordon Ibe when he joined Derby on loan in September?

Before he came to Derby I had the impression that he was essentially Raheem Sterling-lite, so to speak.

He’d had a good loan spell at Birmingham City the previous season in which he played a good part in keeping them in the division.

I’d heard positive reports in regards to his attitude as well from his time there which is always pleasing when signing young players with apparent bags of potential because as a fan of a lower club, you always have the fear that they’ll come in with an ego.

So hearing that he’d matured whilst on loan there was a big plus for me and obviously experiencing the Championship was a huge plus. I’d also watched a small amount of his performances during Liverpool’s pre-season tour and his directness and willingness to receive the ball was pleasing.

Ibe made his full debut in Derby’s 2-0 League Cup win over Reading, after a handful of substitute appearances—what were your first impressions of the 19-year-old?

My first impressions of him were that he was extremely direct.

It was noticeable that he didn’t turn back to his full back and simply play the easy pass which was pleasing. He’d often turn and head straight for the full back and put the opposition on the back foot.

He appeared excellent one on one with ability to go in either direction but perhaps lacked when it came to the final ball, something which will come with experience.

Where did Ibe fit into Steve McClaren’s side tactically? He faces a positional challenge coming back into Brendan Rodgers’ system at Liverpool.

Ibe has featured mostly on the left hand side of a front three playing as an inverted winger, occasionally switching to the right flank.

Surprisingly though, he often runs to the by-line instead of going inside on his stronger right foot. As mentioned above, his ability to go either side is huge plus as it leaves his opponent unsure of where he is going.

What was Ibe’s best moment in a Derby shirt this season?

His best moment, for me, was probably his goal against Reading in which he first demonstrated the real potential that he has.

His first touch is immaculate and takes two defenders out of the game before shifting the ball onto his right foot and firing low into the bottom right-hand corner.

Considering he doesn’t shoot all that often his finishing ability is surprisingly strong and he should shoot more often.

And how about your favourite goal of Ibe’s?

All of Ibe’s goals for us have been excellent.

The one against Reading, mentioned above, was superb and his finish into the far top-left corner against Watford was exceptional, and who can forget his wonderful solo goal against Birmingham?

It’s hard to pick a favourite goal because they have all been outstanding. As mentioned previously, considering the standard of his finishes, it is baffling that he doesn’t shoot more often.

Liverpool cut short Ibe’s loan despite an initial season-long agreement—do you feel cheated by Rodgers’ decision, or is this just part and parcel of Championship football?

The timing of the call-back surprised me, as well as many others.

There have been rumours that he may be recalled for the past month but given that Ibe has spent the week training with the club in preparation for a huge East Midlands derby this weekend, the time is pretty poor. If Ibe had been called back early next week then fans would have been disappointed but far more understanding.

In all honesty, I’m struggling to find a reason for the timing of it. On the other hand, this is one of the risks with a loan deal; it’s easy to forget that Ibe was here with us to develop for Liverpool.

Ibe has been excellent for Derby but initially he wasn’t starting regularly and it’s only in the past six weeks that he has been, so the recall is quite bizarre. He has been developing really well under McClaren and is starting to play regularly. It’d be a shame if this was stunted for the remainder of the season.

How much of a factor did McClaren’s management have in Ibe’s development, and what is the ceiling for the winger? Has he shown the potential of someone like Raheem Sterling or Philippe Coutinho at Derby?

Ibe has improved significantly since he first joined. McClaren mentioned a few weeks back that when he first joined in training he “could have had a ball to himself” so his distribution of the ball was one of the first things that the coaching staff worked on. His defensive work has improved as well.

Ibe is far from the stereotypical lazy tricky winger, infact he’s one of the hardest working players in the squad. His positional sense defensively is good as well, although on the odd occasion he can switch off but due to his blistering pace can recover significantly.

It’s hard to put a ceiling on his potential.

A friend said to me quite early on in his spell with us that he’ll either be Championship or Champions League within the next five years and whilst Championship may be slightly harsh, it’s really up to the player in terms of where he wants to be.

Joel presents the Derby County Podcast and can be found on Twitter at @dcfcpodcast.

Was it the right move to bring Jordon Ibe back from his loan at Derby County? Let us know in the comments below.