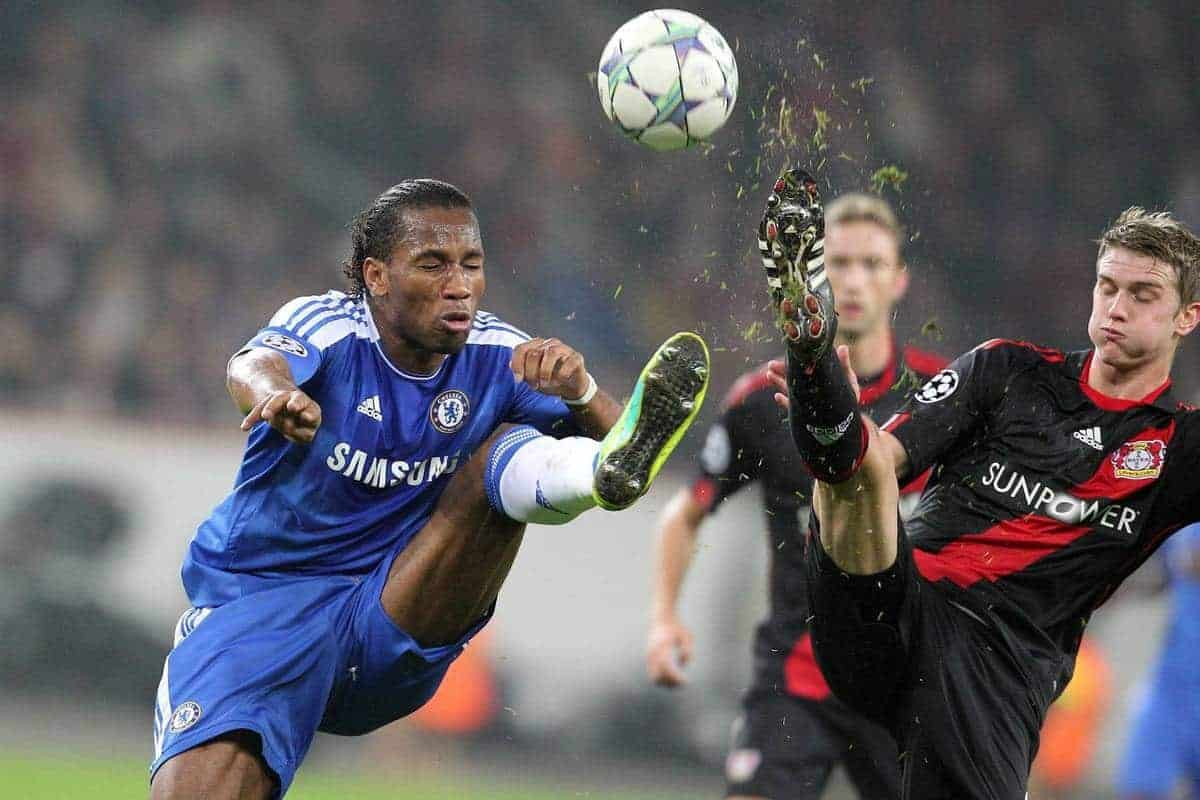 Steven Gerrard announcement or no, this January Liverpool desperately need a ball-winning central midfielder, and that man should be Bayer Leverkusen’s Lars Bender.

Nevertheless, with Gerrard announcing his summer departure earlier this month, and with a worrying gap appearing in the middle of the park in several of Liverpool’s games this season, an assured, ball-winning presence should be a priority in January.

Last January, irritatingly, Liverpool were in a similar position, and former midfielder Jan Molby identified that in his column for the Liverpool Echo.

Molby stated: “I would like to see Liverpool add that style of all-round midfielder.”

Molby outlined Yaya Toure’s role at Manchester City as the blueprint: “Yaya Toure… is a player who defends when he has to but can also control the pace of a game with the ball. Toure also chips in with goals when he can.”

Had a chat to Jan Molby now regarding his comments about Lars Bender. Big Jan reckons #lfc lack a complete midfielder and he'd be suited.

Arsenal were reportedly close to a deal for the German in the summer, suggesting that for the right price, Bender would be available for transfer in January.

Having been ruled out of the World Cup with a thigh injury, Bender has returned to form this Bundesliga season, making 14 appearances so far for Leverkusen.

Bender is a composed, intelligent central midfielder, typically employed to break up play.

As an exceptional reader of the game, Bender has made 3.1 interceptions on average per Bundesliga game so far this season, and when compared to WhoScored’s database of midfielders from across Europe’s top five leagues, this is hugely impressive.

Bender ranks just outside of the top 10 in terms of interceptions made per game.

Of these top readers of the central midfield game, only Jedinak and Garcia have a better balance between interceptions and tackles made on average per game than Bender.

Compared to these players, however, Bender is a more accomplished creative player, with 1.1 key passes on average per game this season, compared Jedinak’s 0.5 and Garcia’s 0.4.

Furthermore, Bender makes more successful dribbles on average per game (0.7) than Jedinak (0.2) and Garcia (0.2) put together.

What may be underwhelming is Bender’s passing accuracy of 69.1 per cent—no Liverpool player has registered a lower average passing accuracy this season; the lowest is Jose Enrique, with 64.7 per cent.

This may suggest that Bender’s style of play didn’t suit a move to Liverpool.

However as a Bundesliga report from August outlined, Leverkusen’s style of play is based on “feeding off long balls from keeper Bernd Leno and centre-backs Emir Spahic and Ömer Toprak.”

This came after an opening day victory over Borussia Dortmund, and what is more encouraging is how this continues: “Any pass that strayed towards an opponent’s feet was mercilessly chased down, snuffing out Borussia’s potent counterattacking threat at source.”

Bender’s success this season, his defensive superiority and tactical intelligence, and his ability to operate in a high-intensity system such as Liverpool’s make the midfielder an ideal signing.

Sign Lars Bender this January, and mould his midfield around the German’s ball-winning prowess, and Brendan Rodgers can turn Liverpool’s season around.

Which players should Liverpool sign to turn around their season? Let us know your suggestions in the comments below.