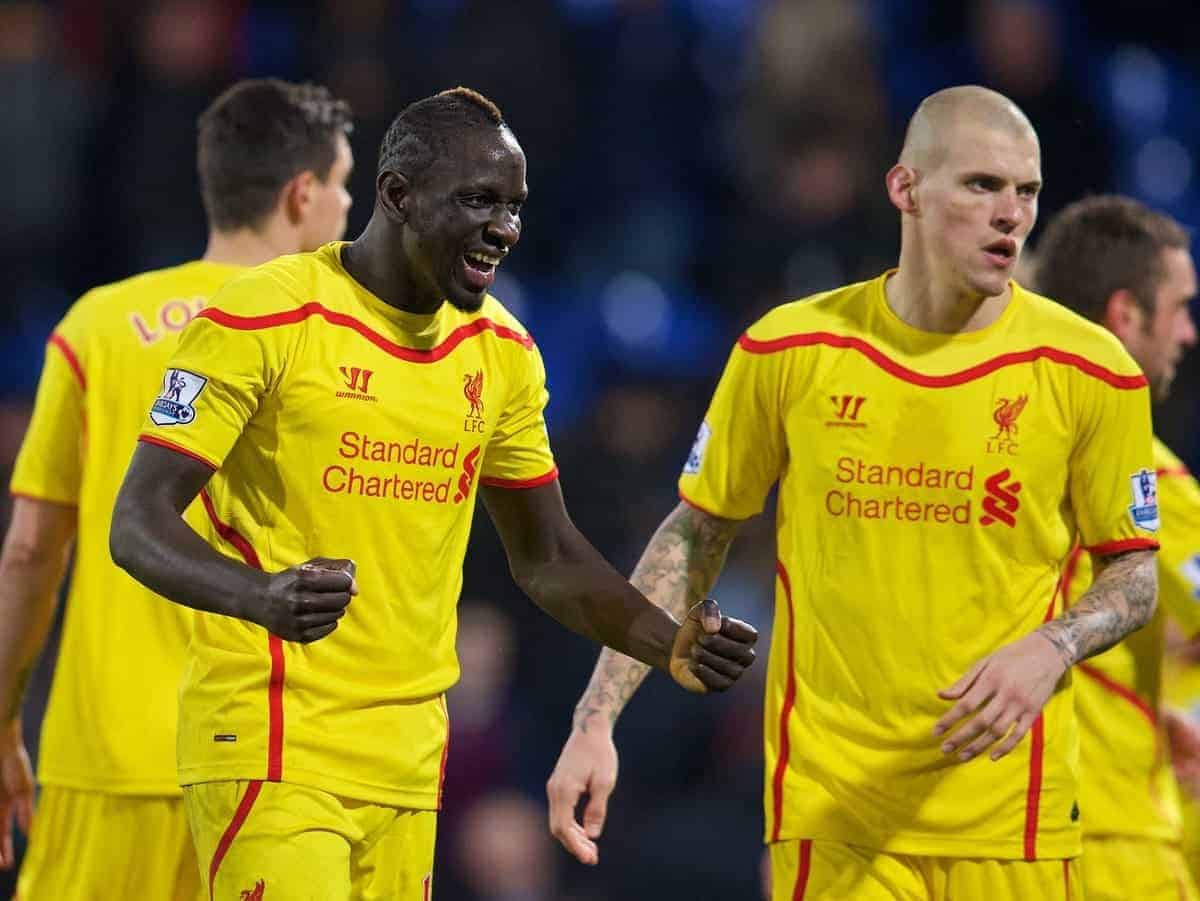 Goals from Daniel Sturridge and Adam Lallana sealed the victory, after Fraizer Campbell had given Palace the lead in the first half.

Here are five talking points from another encouraging Liverpool win.

Enjoying a well-documented renaissance in 2015, Simon Mignolet continued his impressive return to form with a man-of-the-match display at Selhurst Park.

Prior to the game, Mignolet’s media-circulated self-assessment saw him outline how he had simplified his game, as he claimed: “I made the decision that rather than thinking too much I would be more decisive and commanding and ever since then it has gone very well.”

This was definitely the case against Palace, with Mignolet markedly more decisive.

With Palace focussing much of their attacks on the counter, and utilising their effective wide men in Dwight Gayle and Yannick Bolasie, Mignolet had to deal with a large quantity of lofted balls from the flanks, as well as many set-piece moves.

The Mignolet of old would likely have flapped at these threats, but now the 26-year-old looked confident in either punching clear or claiming with strong hands.

The fact that Mignolet often preferred to punch clear could be considered a weakness, but the distance he achieved ensured that any Palace danger was averted.

Even with Campbell’s goal, Mignolet can be absolved of any blame, his excellent initial save was the best that he could do in the situation, and the goalkeeper kept Liverpool in it with a smart stop to thwart Gayle later on.

Mignolet is looking like a changed man, and this is benefiting Liverpool immensely.

With Lucas Leiva and Steven Gerrard both injured for this clash it was expected, and hinted at by assistant manager Colin Pascoe, that Emre Can would fill the defensive midfield role in their absence.

However, instead of this, Rodgers opted to partner regular central midfielder Jordan Henderson with Joe Allen.

Adopting the more defensive role in the midfield, Allen was reasonably adept in his duties, with Palace sticking to the wide areas in terms of attack—the midfielder made three tackles, one interception and three clearances, a more prolific defensive contribution than any Liverpool player besides the three centre-backs.

It was in Allen’s attacking input, however, that the midfielder should have interested Rodgers.

Lucas’ role in the defensive midfield is reasonably limited—win the ball and lay it off short—but Allen’s capability in possession allowed him to probe forward more than the Brazilian.

With Palace holding on rigidly in the first half, Allen was arguably Liverpool’s most lively attacker on the edge of the Selhurst Park penalty area, contributing to some fine one-touch play.

One pass in particular, on 21 minutes, saw Henderson through to square for Lallana, whose shot was unfortunately saved.

He may not offer as definitive a defensive contribution as Lucas, but Allen represents a more progressive option for Rodgers.

With Liverpool struggling to break down Palace’s defence in the first half, Rodgers took the initiative and introduced Mario Balotelli after the interval, with the striker coming on in place of Lazar Markovic.

This prompted a slight formation change, with Lallana switching to right wing-back and, with Balotelli linking up just behind Sturridge, Coutinho dropping deeper to dictate play ahead of Allen and Henderson.

The previously marginalised Alberto Moreno enjoyed a more productive second half, allowed to drift inside with Coutinho’s positional change, and Sturridge could find more space in the penalty area.

This was evident with Sturridge’s goal, as the 25-year-old drifted between Scott Dann and Martin Kelly to volley home from Henderson’s teasing cross—in the first half, Dann and Brede Hangeland combined to supress a growingly frustrated Sturridge.

Balotelli’s ingenuity on the free-kick gave goalkeeper Julian Speroni no chance of a clean save on 58 minutes, with Lallana the gleeful beneficiary as he grabbed Liverpool’s winner.

Furthermore, with Liverpool looking to take the sting out of the game late on, Balotelli’s strength and hold-up play took the pressure off as the Reds inched towards the final whistle, this gave Rodgers the opportunity to take a tired Coutinho off early.

Balotelli’s sharp display could well give Rodgers another option as he moves forward.

It is somewhat of a bizarre mismatch, with the towering Martin Skrtel facing up to the boyish Dwight Gayle, and once again this proved a David and Goliath situation—Gayle tormented Skrtel throughout.

This was particularly evident with the Palace striker nipping around Skrtel ahead of Campbell’s opener.

Skrtel’s poor attempt at a headed clearance fell into Gayle’s path thanks to some fine movement.

Gayle was in sensational form once more against the Reds, with the most shots of any Palace player (4) and the most crosses (14), as well as forcing three fouls with his energetic attacking play—whether or not these were truly fouls, of course, is up for debate.

After a solid run of form in recent weeks this was a disappointing blip for Skrtel, who doesn’t seem able to handle Gayle.

On the other end of the scale, Skrtel’s defensive partner Mamadou Sakho produced yet another phenomenal performance at the left-hand side of Rodgers’ back three.

After Bolasie tore Liverpool apart in their last two fixtures, the returning Congolese winger was feted as the dangerman for Palace—but it seems that Sakho didn’t receive the memo, with the 25-year-old dominating throughout.

Sakho made six tackles—more than any other player—and eight clearances, second only to Skrtel in the Liverpool side, ensuring Palace didn’t danger Mignolet with regularity.

Furthermore, with Palace content to sit back for much of the game, Sakho was provided space to probe forward.

Sakho’s contribution in the first half in particular saw him as more of a playmaker than a defensive destroyer.

Can and Sakho touches in first half vs. Palace (101 combined), both getting forward well. #LFC pic.twitter.com/gHMfGGj8zQ

Despite Bolasie’s best attempt to take the wind out of him in the second half, Sakho recovered to continue what was yet another supreme defensive display.

Who stood out in Liverpool’s comfortable 2-1 victory over Crystal Palace? Let us know in the comments below.