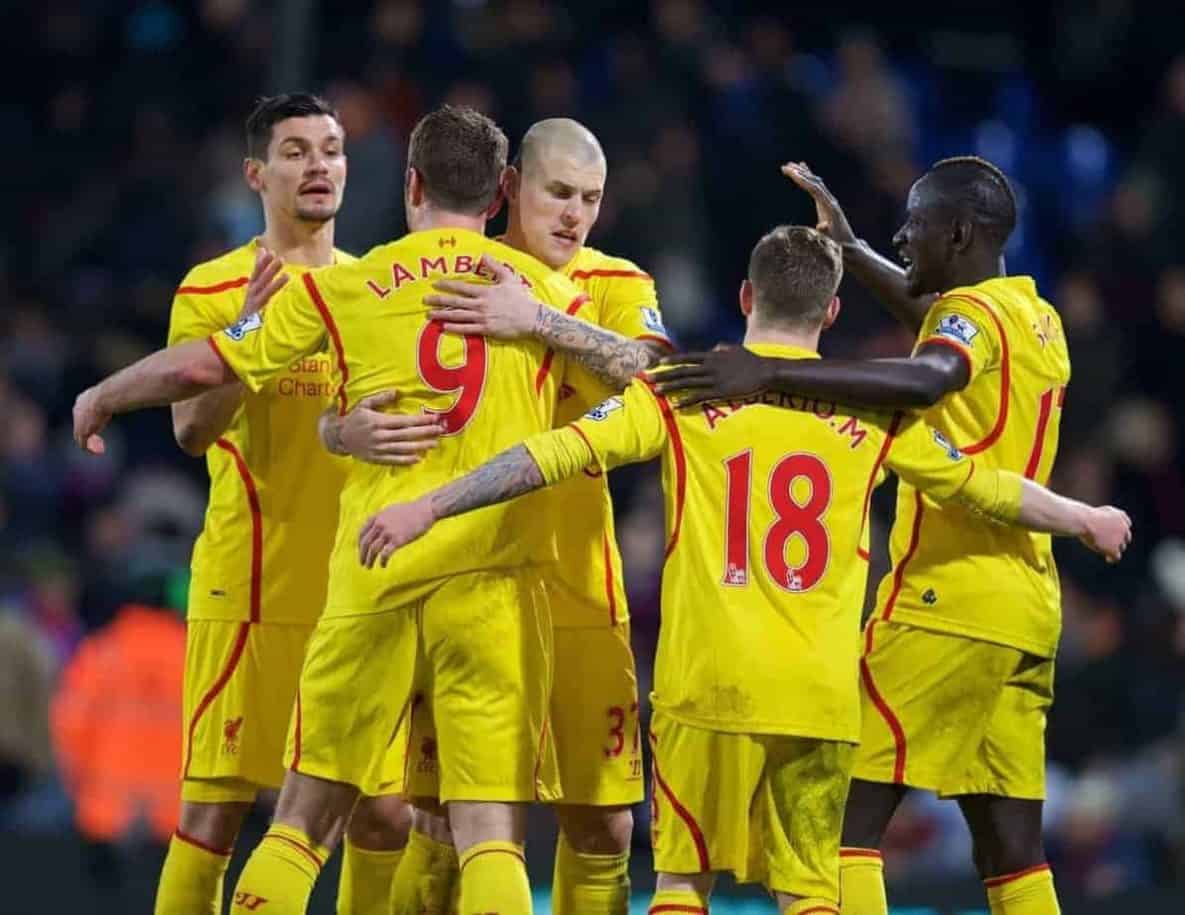 Liverpool produced an excellent FA Cup comeback against Alan Pardew’s Eagles thanks to goals from Daniel Sturridge and Adam Lallana. We rate how each Reds player performed on a successful afternoon.

Commanding and decisive throughout, the Belgian continued his upturn in form with another excellent display. Brave and full of confidence, Mignolet dealt with everything thrown at him and was extremely unlucky on the goal which Fraizer Campbell knocked home only after Simon made an excellent save to deny Dwight Gayle heading in at the first time of asking.

Not the German’s most eye-catching performance but once again the 21-year-old was solid both in the back three and when moved to right wing-back in the second half. Reliable in possession and typically strong it was another decent display.

The Slovakian has been excellent recently, but he didn’t enjoy his best afternoon. Conceding needless fouls at times including late on putting the Reds under unnecessary pressure, the 29-year-old was at fault for the opening goal after a poor header allowed Gayle in. Responded well after his mistake however, much to his credit.

The imposing Frenchman was solid defensively yet again in the back three and was as reliable as ever in possession. Forming a solid combination down the left with Alberto Moreno, it was business as usual from the France international.

The 20-year-old wasn’t at his best for the first 45 minutes he featured – switching off twice to allow Gayle in down the right which thankfully didn’t prove costly – and the Serbian was largely unproductive when he had the ball, aside from a strong run which ended with his shot flying over the bar.

As reliable and energetic as ever, the captain provided a real positive mentality to the team – contributing some excellent forward passes driving the team on – and he stepped up to play a vital part in the turnaround with a sublime pass for Sturridge to volley home.

Allen has struggled when called upon in recent games, but the Welshman was superb in the middle of the park alongside Henderson. While not offering the defensive stability of Lucas, Allen played fundamental parts in both goals – starting the attacks with incisive passes – and his tidiness and intelligence in possession were more reminiscent of past performances. A welcome positive.

The energetic Spaniard was ineffective throughout at Selhurst Park. Moreno offered little going forwards though did his job as required defensively down the left with Sakho, however his only meaningful contribution came with his dancing celebration alongside Sturridge for the striker’s equaliser.

Consistently outstanding over the past two months, Coutinho endured a quiet afternoon by his standards as he struggled to have a real impact on the game. Still as lively and intricate in and around the box where he orchestrated some clever play, the Brazilian wasn’t as influential as we’ve come to expect before being substituted.

Lallana built on his Tottenham assist in midweek by grabbing the match-winner and alongside his goal the England man produced a much more positive all-round performance. The 26-year-old displayed excellent movement throughout, finding pockets of space to operate and he was involved in some great play as well as being unlucky not score more than once. Much better after a poor period of form.

The goal machine is still searching for match sharpness displayed as his touch evaded him on occasions and he lost the ball a number of times first half, but Sturridge was a constant threat throughout and showed that brutal ruthlessness in front of goal as he found the net with an outstanding volleyed equaliser before being withdrawn.

The Italian played a vital part in the match winning goal – winning and firing in a clever but dangerous free-kick that proved too hot to handle for Julian Speroni, allowing Lallana to knock home the re-bound – and Balotelli again proved a positive with a sensible second half performance.

The Croatian had very little to deal with as Liverpool saw out the remainder of the game well, but he did contribute two decent passes in the time he was on.

The boyhood Red produced some nice touches and kept things simple, but he didn’t have enough time to make a real impact on the game.