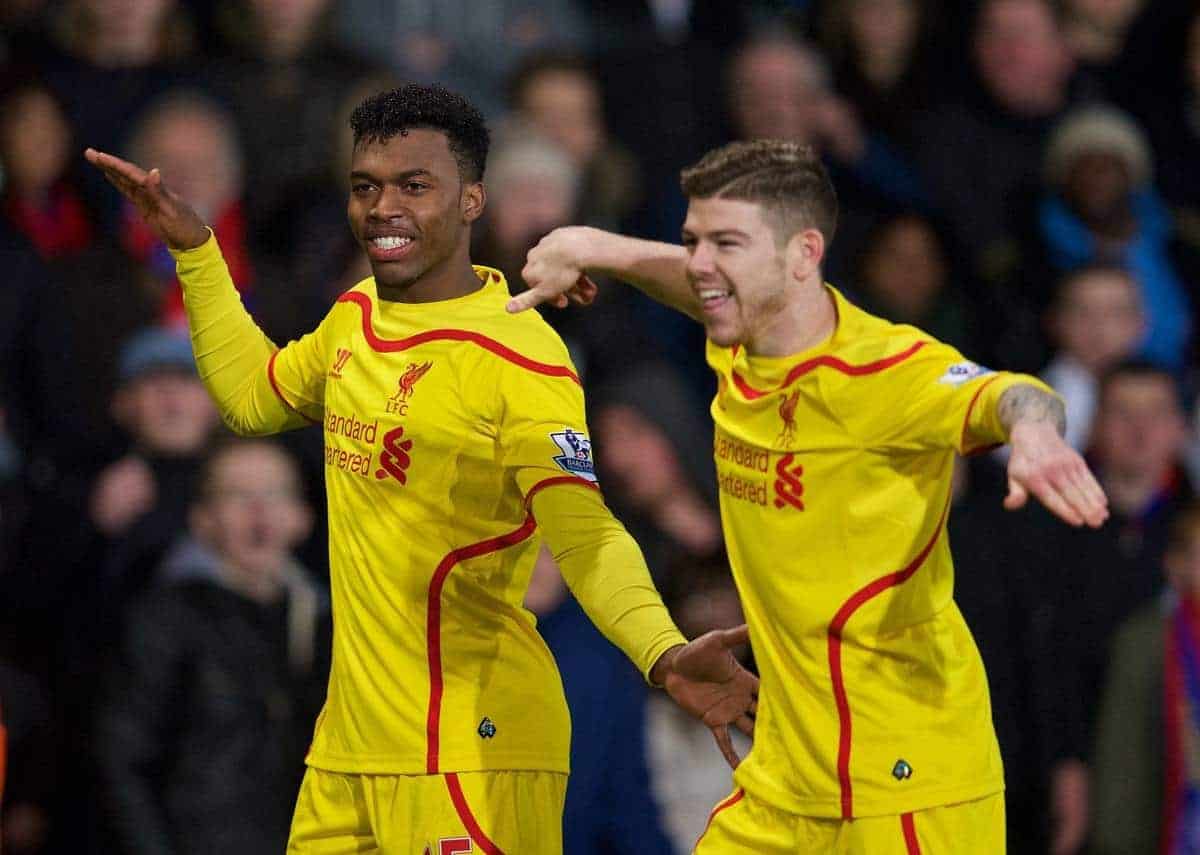 Liverpool saw off Crystal Palace to reach the FA Cup quarter final courtesy of second half goals from Daniel Sturridge and Adam Lallana.

Palace took the lead through Frazier Campbell on 15 minutes after Martin Skrtel failed to head clear under pressure from Dwight Gayle. The ball rebounded to Campbell despite a good save from Simon Mignolet.

The visitors were denied a clear penalty when Daniel Sturridge was tripped six yards from goal.

Then Balotelli won a free-kick on the edge of the box which he took and the round was side-footed home by Lallana to make it 2-1 to the Reds.

Simon Mignolet was especially impressive in goal, while Balotelli’s second half performance arguably changed the game in Liverpool’s favour.

Liverpool dominated possession in the latter stages and ended their hoodoo at Selhurst Park with victory.

Liverpool exorcised some demons at Selhurst Park by reaching the FA Cup quarter-finals with an impressive win against Crystal Palace.

Brendan Rodgers’ side returned to south London in Saturday’s late kick-off looking to avoid another horror show at the ground where last season’s title dreams went up in smoke before then suffering a 3-1 loss this term.

An early Fraizer Campbell goal had the Reds fearing another nightmare result, yet their dominance eventually told as Daniel Sturridge and Adam Lallana goals secured a 2-1 comeback win.

Victory keeps alive the dream of Steven Gerrard ending his Liverpool career by holding the FA Cup aloft on his 35th birthday, although for a while it looked like Alan Pardew could be involved in another upset against the Merseyside giants.

The Palace manager’s extra-time winner secured the Eagles a famous win against the Reds in the 1990 FA Cup semi-final and he was celebrating again after 15 minutes, when a gaffe from Martin Skrtel allowed Campbell to slot home.

Dwight Gayle could have doubled that lead as half-time approached but that would have been harsh on Liverpool, who had 17 shots over the course of the opening period. Furthermore, Palace debutant Pape Souare got away with a penalty after taking down Sturridge, who started the comeback four minutes after the break, finishing a fine team move with aplomb.

It was a fantastic volley from the England striker, whose international team-mate Lallana scored what proved to be the 58th minute decider – directing home after Julian Speroni failed to deal with a stinging Mario Balotelli free-kick.

Few could argue with the result as Liverpool impressed from the outset, with Sturridge directing a Lazar Markovic cross wide early on. Rodgers’ side were looking decent but they were almost caught out when Joe Ledley sent a wonderful through ball to Gayle, only for Skrtel to cut out his threatening cross.

It was a timely interception by the Slovakian defender, who undid that good work in the 15th minute. Skrtel’s attempted clearance from a high Ledley ball forwards ended going backwards after a slight nudge from Gayle.

The forward chased the loose ball and forced Simon Mignolet into a save, only for the ball to fall kindly for Campbell to slot home. It was a sucker punch but one Liverpool responded well to. Speroni did fantastically to prevent Lallana drawing parity after a fine, intricate team move, before Philippe Coutinho tested the Palace goalkeeper in twice quick succession.

Jordan Henderson was the next to call him into action, before Sturridge was left perplexed as to why referee Robert Madley did not point to the spot soon after being brought down by Souare.

The visiting fans certainly let their displeasure known, although that anger almost turned to joy as Joe Allen volleyed just wide, with Coutinho and Markovic having efforts as Pardew’s men rode their luck.

Liverpool were in complete control yet would have gone in two-down at the break was it not for Mignolet stopping Gayle.

A two-goal deficit would have harsh and, smelling blood, Balotelli was brought on in place of Markovic at the break. Palace, too, made a change with Marouane Chamakh replaced by Jason Puncheon, who flashed an effort over within a minute of his introduction.

It was again Liverpool looking the most threatening side and they drew level in some style inside four minutes of the restart.

Allen’s ball between the lines found Henderson, whose cute, clipped ball was met by a wonderful left-footed volley by Sturridge.

Palace attempted to go back ahead through Joel Ward and Gayle, although Liverpool were looking confident and went ahead in the 58th minute.

Scott Dann was adjudged to have fouled Balotelli, whose stinging effort from the result free-kick was spilled by Speroni into the path of Lallana.

Palace went with a more attacking approach in search of a leveller but they were struggling to break down the Liverpool defence and create clear-cut chances.

The Reds appeared happy to soak up the pressure and Henderson saw a cross cut out by Scott Dann, before Rickie Lambert had an effort deflect over.

Gayle blazed a late free-kick over but Palace never really looked like drawing level as Palace fell to a second defeat in all competitions under Pardew.