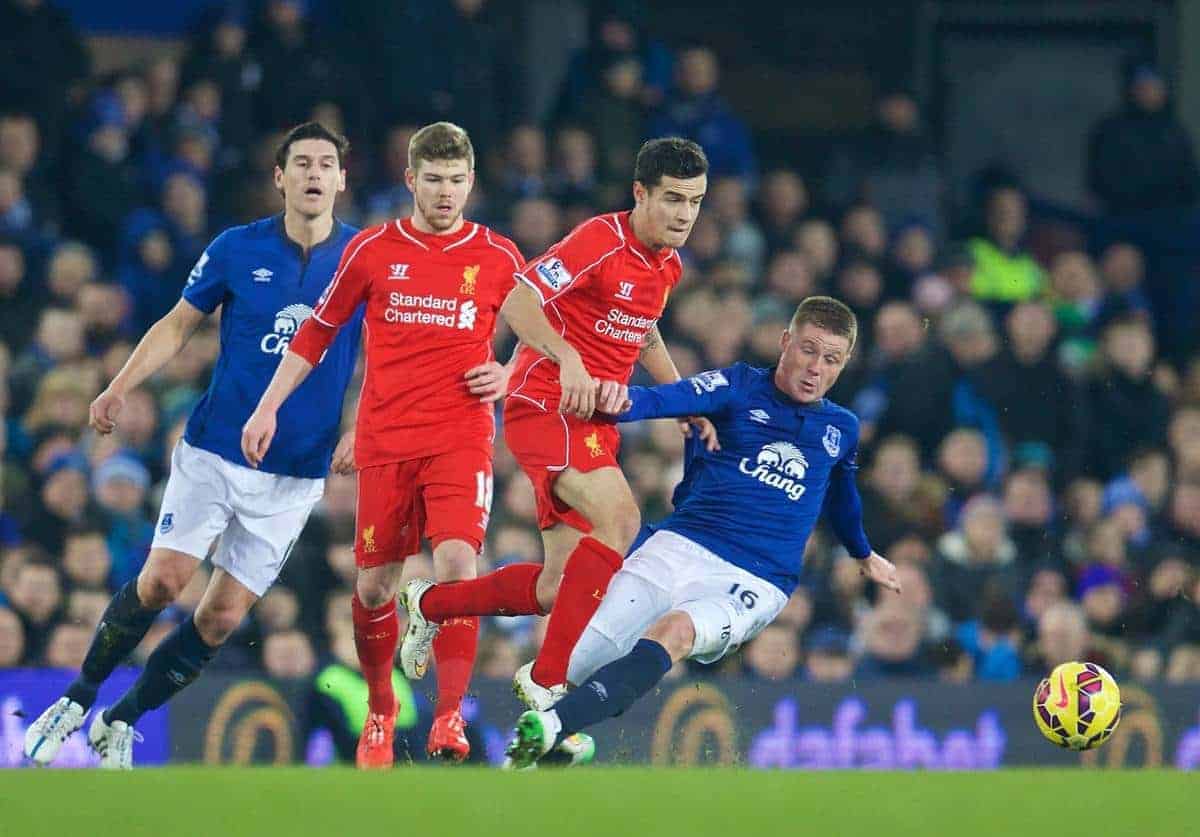 A dull 0-0 draw saw Liverpool and Everton leave Goodison Park with a share of the spoils on Saturday evening, and we rate each Reds player on the day.

The Belgian’s good form continues, and although he virtually had nothing to do throughout, he made a crucial late save to deny Seamus Coleman an undeserved winner.

He is much improved in 2015, and hasn’t conceded a goal in 480 minutes of Premier League action.

The 21-year-old again showed what a talent he is, marauding forward with the ball, spraying passes and defending resolutely. He was a little too confident in possession at times, but that’s being ultra harsh. Dealt with Romelu Lukaku very well. Man of the Match.

The Slovakian had a very impressive evening, dealing well with Lukaku and showing quality in all aspects of his game. The 30-year-old is one of several players who has improved greatly since the turn of the year.

Sakho has been superb since coming back into the side, but he was poor against the Toffess. He was ponderous on the ball on a number of occasions, almost losing it in vital areas, and he just didn’t exude his normal authority. Positives were his excellent reading of the play with some timely interceptions.

Ibe was given just his second Premier League start by Brendan Rodgers and was terrific at right wing-back.

The 19-year-old hit the post with a stunning long-range effort in the first half, showed pace and trickery on the ball and defended doggedly when called upon. He has a massive future ahead of him.

The Brazilian went off injured after just 15 minutes, and his influence was missed greatly.

The vice-captain was not always great on the ball, particularly when he tried to open up the Everton defence, but he showed drive in midfield and broke up play numerous times.

The 24-year-old will play better, but he was still invaluable to his side.

The Spaniard has become a very solid member of the team, and while this is a compliment, it’s not all positive with the 22-year-old. He showed good pace and attacking quality at times, but needs to start influencing things a little more.

The skipper has had so many memorable moments in Merseyside derbies, but he was extremely ineffective throughout. He didn’t press Everton with any real intensity, and his use of the ball from both open play and set-pieces was below-par. Was he struggling from playing a full 90 vs Bolton in midweek?

Brendan Rodgers was too sentimental in keeping the captain on in his 33rd and final Merseyside derby.

Coutinho has been in wonderful form of late, but he didn’t hit those heights against Roberto Martinez’s side. He tried a little too much on the ball at times, and was replaced by Sturridge early in the second-half, possibly due to injury. His departure though saw Liverpool hugely lacking attacking intent thereafter.

Like Coutinho, the 20-year-old was nowhere near his brilliant best. He had a few chances to find the back of the net but his finishing let him down, and he was a little wasteful in possession.

The Welshman was a poor replacement for Lucas. He was weak physically, conceded needless fouls and lacked urgency. Kept the ball well but offered very little. Liverpool can do and need better.

DANIEL STURRIDGE (on for Coutinho 56)- 6

The 25-year-old looked a little rusty, despite the odd neat flick here and there.

RICKIE LAMBERT (on for Sterling 82)- n/a

The former Southampton man was not on the pitch long enough to merit a rating, and scuffed a late chance to earn all three points for his side.