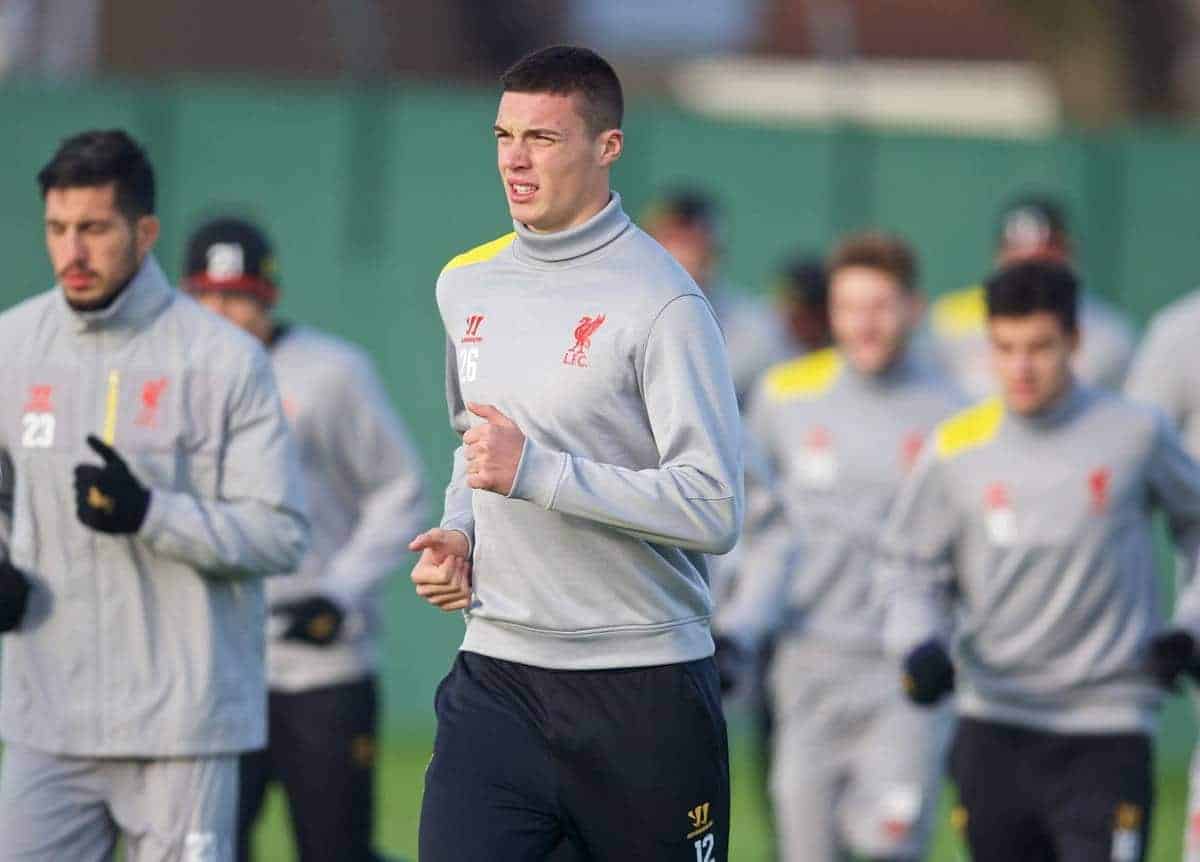 Highly-rated youth defender Lloyd Jones recently extended his loan from Liverpool to Cheltenham Town until the end of the season.

Josh Sexton spoke to Lloyd about his time on loan, his aims for the future at Liverpool and his footballing heroes.

Lloyd, you’re coming into the second month of your loan at Cheltenham now, how have you found the experience so far?

Lloyd: I’ve really enjoyed it so far, there have been a few ups and downs in terms of results, but personally I’ve enjoyed it.

You only came on towards the end of the 3-1 loss to Burton Albion at the weekend, but what did you make of the game?

Lloyd: It was frustrating to concede from two set plays, but it was a fairly even game while the ball was in play.

What do you think you can gain from your loan, which will serve you well on your return to Liverpool?

Lloyd: Fighting for 3 points every game, getting used to the physicality of the game and playing Saturday football against men.

You obviously had the comfort zone of going to Cheltenham with Liverpool teammates Jack Dunn and Kevin Stewart, what is it like now without them around?

Lloyd: For me it is the same with or without them. It was enjoyable to have Kev and Jack coming with me at first, and we all settled in well, but unfortunately at the moment they have picked up injuries and gone back to Liverpool. Now I’m just looking to get as many league appearances as possible.

Which senior players at Liverpool do you aspire to?

Lloyd: For me there is only one, and that’s Steven Gerrard.

You will be returning to Liverpool at the end of the season, what will be your aims when you are back at the club?

Lloyd: My aims are obviously to make it into the first team, but there are many stepping stones and a lot of work to do, so I’m just looking to progress as quickly as possible.

Is there anybody at the club you are looking forward to, potentially, playing alongside in the future?

Lloyd: I played with Mamadou Sakho last season in a reserve game and really enjoyed that, I also really enjoyed playing with Martin Skrtel in pre season vs. Brondby.

Do you have any plans for the long term at Liverpool?

Lloyd: That’s up to the club, but I’m just looking to do my best. Personally, I want to stay at Liverpool for as long as possible. It’s an amazing club.

What would say your strengths are as a player, for those fans who haven’t seen you play before?

Lloyd: I’ve got a winning mentality, but my best footballing attributes are heading, stepping out from the back and passing the ball.

Finally, who are your footballing heroes, past or present?

Best of luck to Lloyd for the rest of the season.