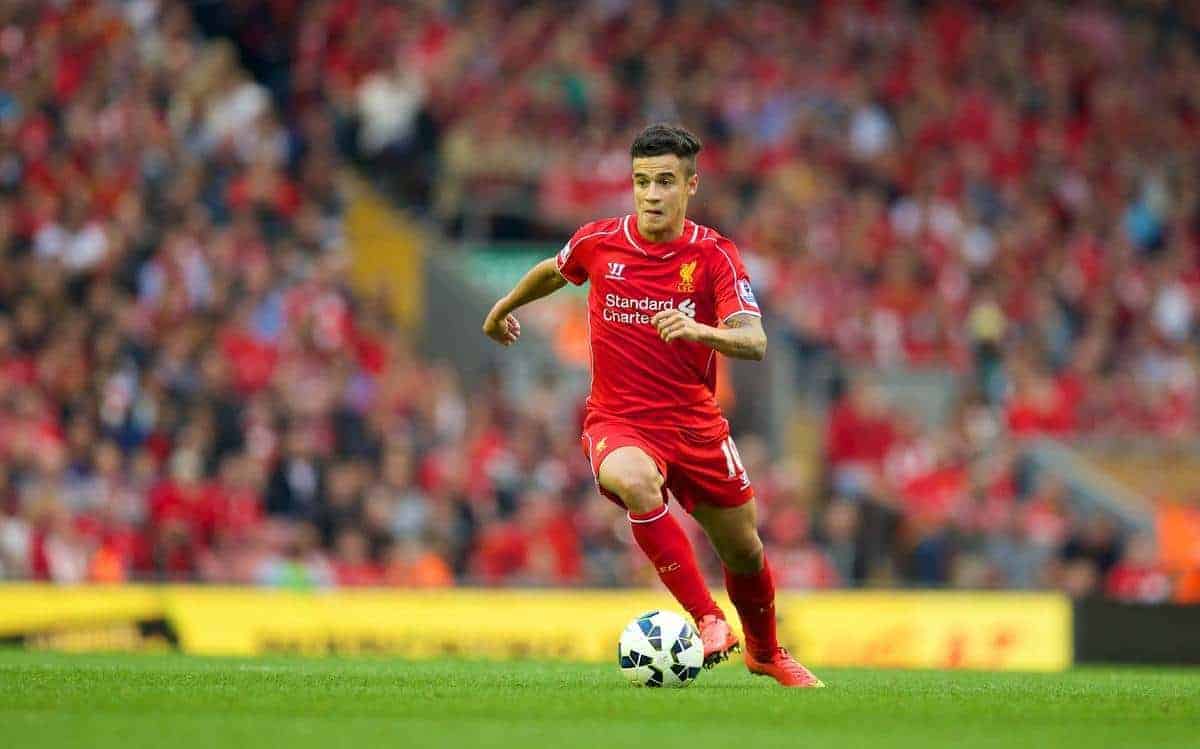 Liverpool have today confirmed that Philippe Coutinho has signed a new contract at the club, with reports suggesting it extends his deal to 2020.

The Brazilian playmaker has been in excellent form of late, assisting both goals against West Ham at the weekend.

Upon signing the new deal, Coutinho told the official LFC website: “This club is great and the fans have always supported me, so I’ve been eager to sign this new deal since conversations started. Today is a very happy day.”

“I’ve had a great reception since my first day here. As I always say, Liverpool is a big family and I’m a happy person here.”

Liverpool have announced the deal as a new “long-term” one, but reports this morning in the British press claimed the deal will see Coutinho extend his contract to 2020.

Speaking on Monday, Brendan Rodgers said: “You can see he is in a real good moment. He is playing a lot of games and we are trying to manage him but his performances are at a really high level which is great to see because he’s a little magician with the ball.”

Coutinho has made 31 appearances this season, scoring just twice, something Rodgers admits he can improve: “His courage and bravery to get on the ball is fantastic. If he can continue to improve, and there are areas where he can improve like his goalscoring, then he can get into that bracket of being world class.”