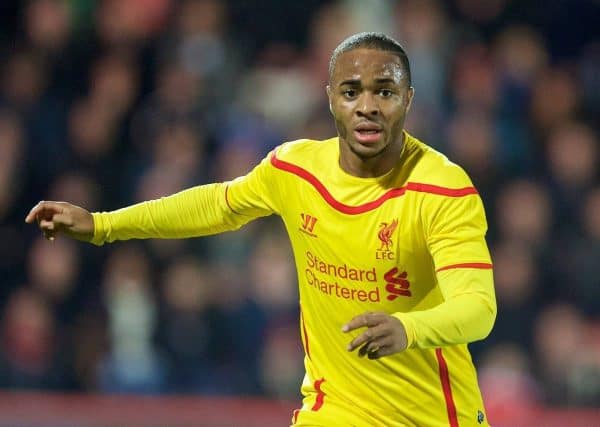 The 20-year-old is currently locked in contract negotiations with the Reds after rejecting what manager Brendan Rodgers described as an “incredible” offer, reportedly £100,000-a-week.

His current deal is not due to expire until 2017 but the current impasse in talks – which will not resume until the end of the season – has led the youngster to be linked with a number of Europe’s top clubs.

Barnes believes it would be a mistake, however, for Sterling to go looking for a multi-million pound move before he has properly proved himself.

“I would advise any young player who has been in the game for one or one and half years to stay and learn his trade,” he told talkSPORT.

“Show consistency over a four or five-year period before you make a big move, because then he will be judged as a £50million player.

“I don’t think he is ready for a move to Real Madrid, Barcelona or Manchester City.

“As a Liverpool fan I want him to stay but I think himself he needs to be very careful.

“Unfortunately the bad advice often sounds the most lucrative and therefore the best advice.

“Has he been playing consistently well over a long time? No he hasn’t and maybe his form has suffered because of the whole situation about that (contract).”

Barnes said recent history is littered with examples of poor decisions and failures by young players and he did not want Sterling to make the same mistake.

“We saw it with Scott Sinclair and Jack Rodwell, who both went to Man City. Where are they now?” he added.

“I think any young player should show a level of consistency where you are happy and people accept you and then if you want to put yourself under pressure by making a big money move do that – because it can all go wrong.

“I think [he needs] another two or three years at Liverpool and if he then decides he wants to move on then fine.”

While Sterling is still trying to establish himself as one of Liverpool’s top players, one of their very best – Steven Gerrard – will be leaving in the summer to join Los Angeles Galaxy.

There have been suggestions the Reds captain’s legacy has been tarnished somewhat by his senseless sending-off against Manchester United last Sunday, coming a year after his slip against Chelsea played a huge part in the club missing out on the title.

Barnes, however, dismissed such talk. “Steven Gerrard and Kenny Dalglish are the two greatest players for Liverpool,” he said.

“Nothing has changed because he got sent off against Manchester United and nothing will change in the rest for the season.”