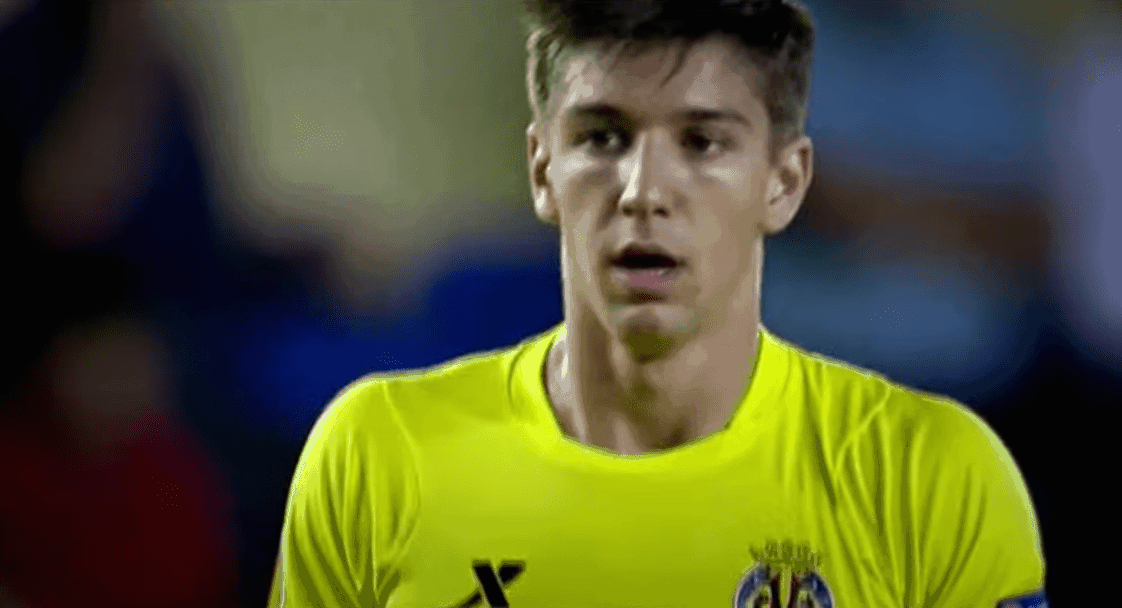 With Villarreal striker Luciano Vietto linked with a summer move to Liverpool this week, Jack Lusby provides a scouting report on the Reds’ latest target.

Liverpool are targeting Villarreal striker Luciano Vietto, with a view to a summer move, if the 21-year-old’s agent is to be believed.

The gloriously named Jorge Cysterpiller recently told reporters of interest from Liverpool, as well as Real Madrid and several other European clubs.

“We know that a lot of big clubs are watching Vietto. There is a lot of competition for him. He could sign for Liverpool, we know that he is admired by the Reds, as well as Real Madrid and two Bundesliga clubs. I think he could leave Villarreal in the summer.”

Vietto would likely cost the Reds around £12 million.

Brendan Rodgers is likely to see an overhaul in his striking ranks this summer, as Fabio Borini, Rickie Lambert and Mario Balotelli could all leave Merseyside, and Vietto is clearly a target.

So who is Luciano Vietto?

First making his name with Racing Club in the Argentine Primera Division, Vietto was briefly coached by Diego Simeone, before Cholo’s moved to manage current side Atletico Madrid.

“He is fast, makes smart moves and shoots the ball well with both feet,” Simeone outlined in 2011, shortly before calling Vietto into the Racing first team.

With 11 goals from 23 league games so far this season, Vietto boasts a supremely prolific goalscoring record, and he stands at ninth in the goal charts for La Liga behind the likes of Karim Benzema, Antoine Griezmann, Cristiano Ronaldo, Lionel Messi and Neymar.

Crucially, Vietto has started significantly less games than any of the players to have scored more than him.

Vietto’s goal-rate is even better in the Europa League, with the striker hitting five goals in eight games, as well as making four assists.

Far from a Lucky Luciano, Vietto relies on his intelligent movement and crafty dribbling skills to get him into a position to score, as his goal in Villarreal’s 1-0 win over Atletico in mid-December perfectly outlines.

Simeone would surely attest: Vietto is developing into a formidable centre-forward.

As Michael Yokhin wrote for ESPN last year: “Intelligent on the run, tactically aware, technically sublime, dedicated and a great team player, the sky is the limit for Vietto.”

These represent qualities that traditionally endear themselves to Rodgers in terms of player recruitment—but where would Vietto need to improve in his skillset if he was to move to Merseyside?

From a statistical point of view, it could be suggested that Vietto would need to work on his output in terms of Rodgers’ coveted pressing style.

For example, Vietto is dribbled past more times on average (0.4 per game) than Daniel Sturridge (0), Balotelli (0.1), Borini (0.2) and Lambert (0.2), suggesting that his application in terms of pressing could be worked on.

Vietto’s output in this respect could suggest that he has a Mario-style approach to on-field discipline.

However, as highlights from December’s victory over Atletico outlines, Vietto is a committed centre-forward, and will rarely give up when closing down his opponent.

His combined average of 0.8 tackles and interceptions per game is higher than any Liverpool striker except Balotelli, which could suggest that if you tackle more, you foul more.

Perhaps with this dogged attitude in mind, Vietto has rather unimaginatively been compared to compatriot Sergio Aguero by some camps.

But Rodgers will likely have this in mind if he is to sign Vietto in the summer.

Vietto’s Role in the Liverpool Squad

Aguero’s success in the Premier League owes to pairing his exceptional finishing skills with an uncompromising work rate, and Liverpool are familiar with this South American style.

As Jason Burt wrote for The Telegraph in January, there is a reason why the Premier League’s best strikers are often South American:

“Hunger. It is the word that is consistently used by managers and fellow players. Desire. That is another—as is drive. And passion. And fight.”

Hunger is definitely a word firmly rooted in the lexicon of Rodgers, and that is partly why Luis Suarez became such a focal figure of his Liverpool system—that, and his effervescent goalscoring rate and untouchable skill, of course.

Burt continues by quoting Arsenal manager Arsene Wenger, who famously courted Suarez while he was at Liverpool.

“If you look across Europe where are the strikers from? You will see that many of them—at least 80 per cent—come from South America,” Wenger claimed, before hypothesising why: “In street football when you are 10 years-old, you play with 15-year-olds so you have to be shrewd, you have to show that you are good, you have to fight, win impossible balls.”

Wenger now has this street-born hunger and drive in the form of Rodgers’ prime Suarez-replacing candidate from the summer, Alexis Sanchez.

Sanchez would have provided Sturridge with a similar hard-working foil to that of Suarez, and perhaps Rodgers conceives this of Vietto who, at only 21, could initially be moulded by the Ulsterman in a backup role.

Add Luciano Vietto to a strike force of Daniel Sturridge, Divock Origi, Jerome Sinclair and perhaps Danny Ings, and Brendan Rodgers could call upon a plethora of hungry, driven and, most importantly, clinical centre-forwards to aid his challenge in the Premier League and beyond.

Should Liverpool target Luciano Vietto in the summer? Let us know in the comments below.