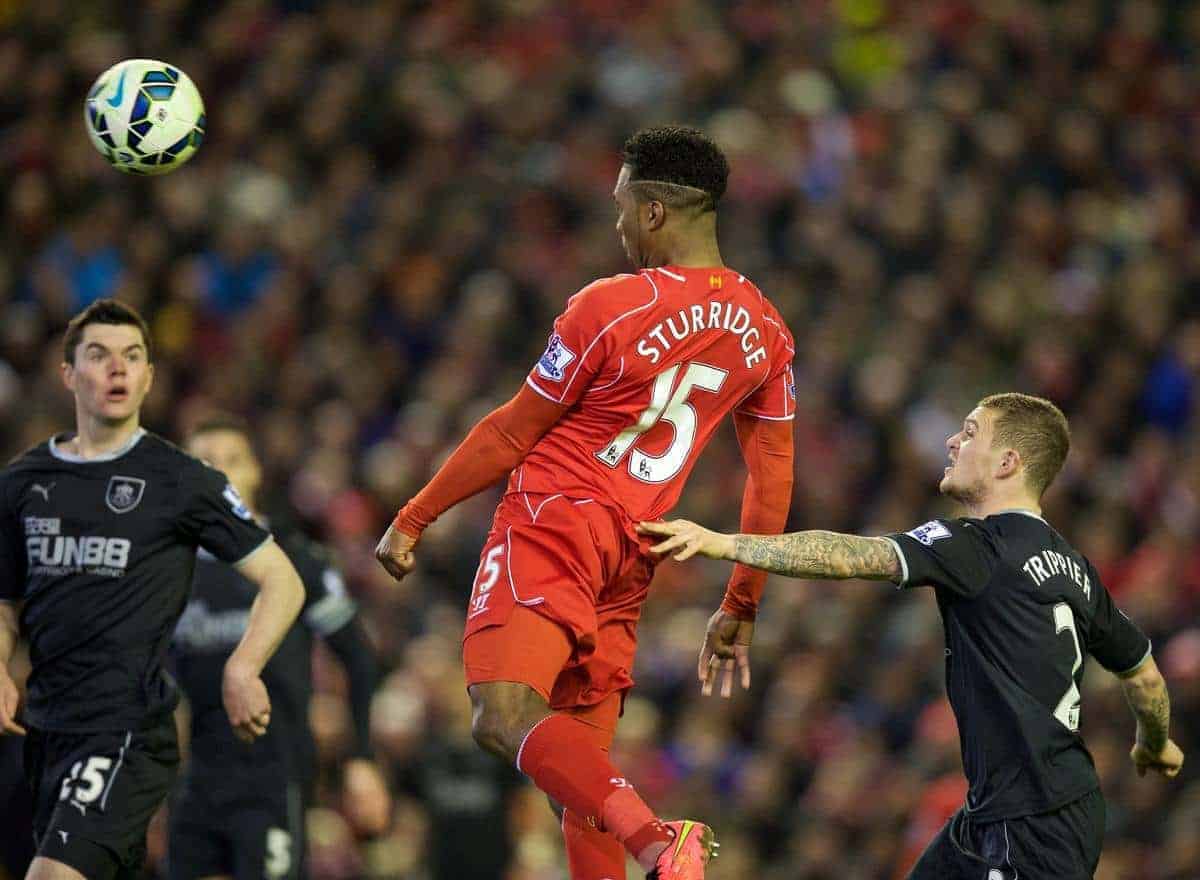 Liverpool dispatched of Burnley with relative ease on Wednesday evening, winning 2-0 at Anfield. We round-up the best reaction on social media during and after the game.

This was as solid as it gets in the Premier League, with the Reds bossing things from start to finish and never really having to get out of second gear.

Jordan Henderson‘s superb opener set Brendan Rodgers’ side on their way, and Daniel Sturridge‘s header put the game to bed early in the second-half.

The likes of Emre Can, Philippe Coutinho and Henderson all stood out on the night, but although Sturridge found the back of the net, there is still understandable rustiness to his game.

The win means Liverpool remain the only unbeaten Premier League side in 2015, winning nine of their last 11 league games in the process. That defeat at Manchester United in December seems a distant memory now.

Here’s how social media reacted to the victory.

That Henderson strike has transformed #LFC. Coutinho so close to doubling their lead with another long range curler.

All #LFC can do is keep winning their games like tonight and top four will happen. Other teams will slip up eventually.

20 attempts at goal, 8 on target, 63% possession, two brillant goals, a clean sheet, plenty of control on the game (Burnley had one single shot on target), it could easily have been 4-0, and it’s our tenth victory in twelve league games.

Elements of Gerrard vs Olympiakos about that Henderson goal?

Liverpool have taken 29 points out of a total of 33 since Christmas. pic.twitter.com/ptFbjiVL42

‘rab’ on the forums:

Functional if unspectacular and I don’t mean that in any way negatively. Could have been more but didn’t need to be. Just a shame Tim Krul repaid ‘Long Ball Louis’ for the cameo he gave him in the World Cup.

After 16 games, Liverpool were behind Everton on GD. Now there's a 23 point gap, just 12 fixtures later.

Well done lads, that was a thoroughly professional performance and keeps our momentum going. Thought everyone played well tonight but a special shout out to Henderson who is performing at a much higher level than he was not too long back and what a goal as well! Gerrard would have been proud of that one lad.

One of those wins which feels lessened by all the other teams winning, but when, if you didn't win, it'd feel horrible. #LFC

Jordan Henderson is joint sixth in the PL assists chart and only two of the five players ahead of him have scored more goals than him too.