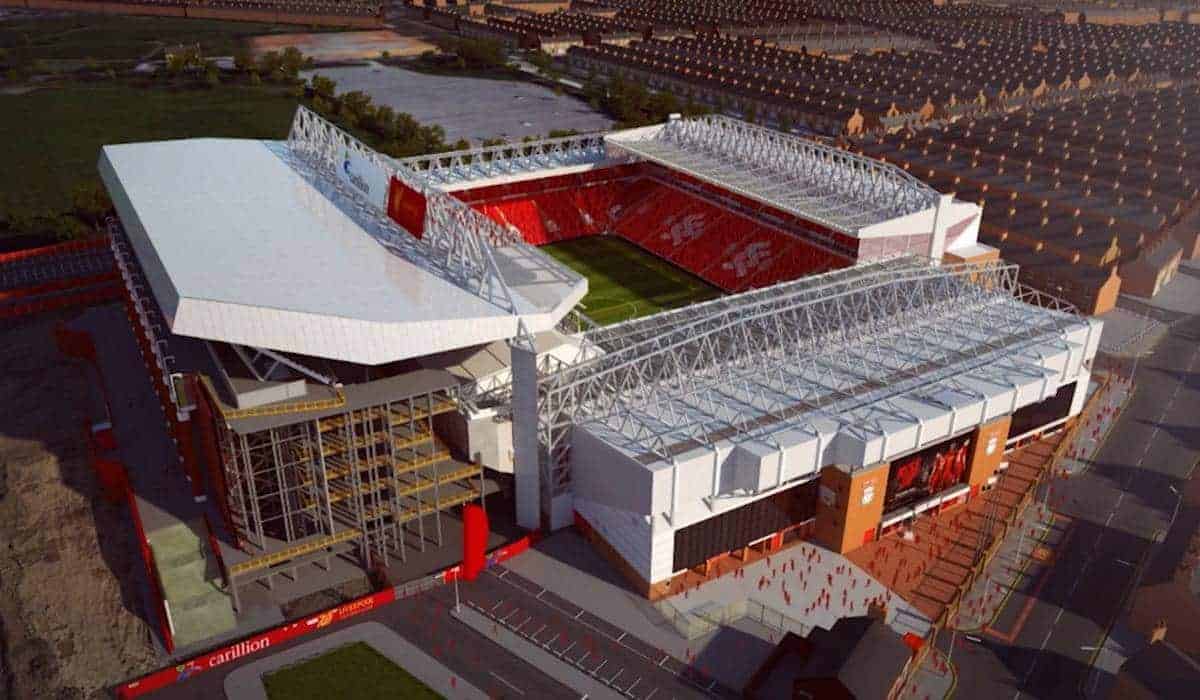 Last December when Liverpool announced their plans for the newly developed Main Stand, the club produced a video explaining the construction process. Now another video has emerged showing the timeline of development.

The video shows how the steel framework, which began this week (see pics here) will quickly be erected behind the existing Main Stand and by the final home of this season in mid-May will be almost completely outlining the new stand.

By the start of next season the full framework will be complete, with the new roof support in place too. Work will then continue during next season fitting out the internals of the new stand, before the old Main Stand is integrated with the new structure the following summer.

Interestingly, the video graphic features the adidas logo on the current Main Stand seats, meaning it would have been put together prior to June 2013 when the club moved from adidas to Warrior Sports.