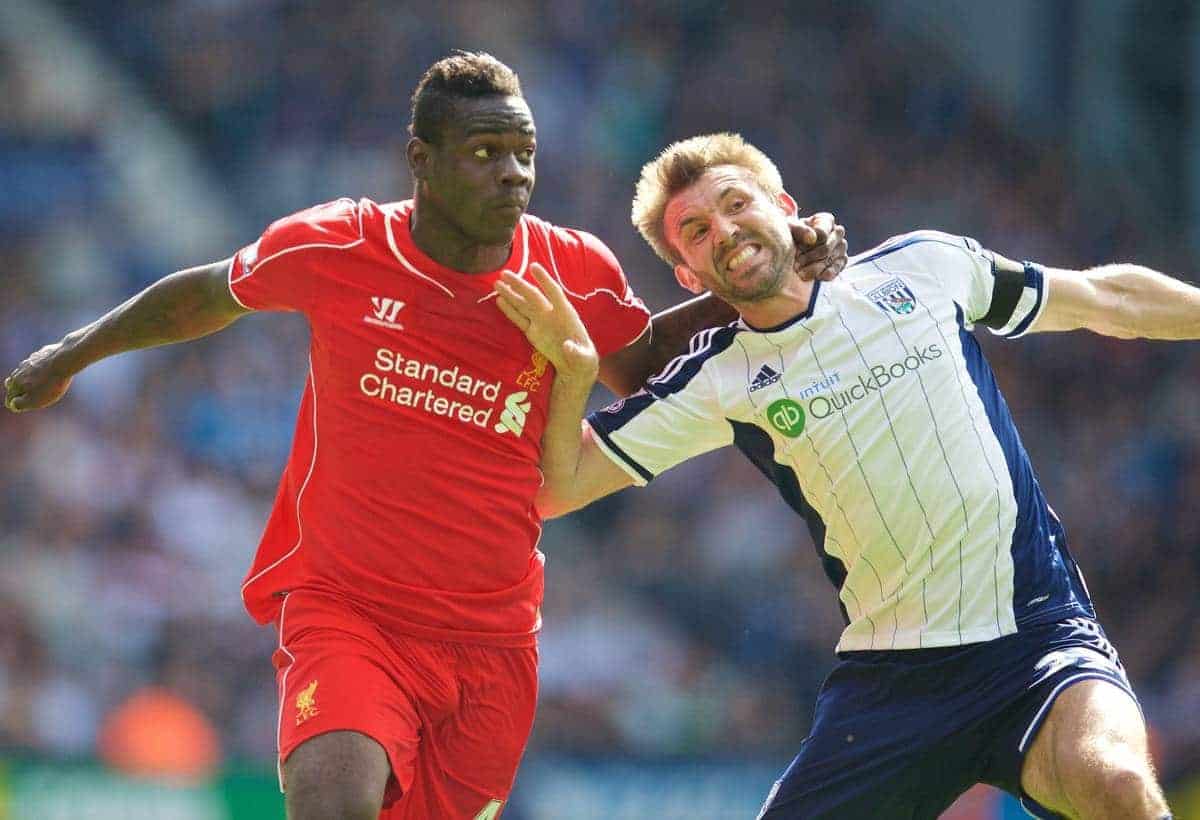 Liverpool drew 0-0 with West Brom on a boring Saturday afternoon at the Hawthorns. We round-up the best social media reaction from during and after the game.

Well that is surely that in terms of a top-four finish this season for the Reds, if it hadn’t already been over before the stalemate with the Baggies.

It was a pretty dire game of football in truth, and although Liverpool were the only side really trying to win the game, they never did enough to earn all three points.

Dejan Lovren was the undisputed bright spark, responding brilliantly after THAT shot against Aston Villa, while Philippe Coutinho tried his best in the attacking third.

Steven Gerrard completed 50 passes in the first half; just 5 fewer than West Brom managed as a team (55). pic.twitter.com/QRRHNfub9P

Glen Johnson again outlined why he has no future at Anfield, performing poorly once more, while Raheem Sterling and Mario Balotelli disappeared after bright starts.

Further ammunition was given to those supporters calling for Brendan Rodgers’ head this summer as two more Premier League points slipped away.

FT: #WBA 0 #LFC 0. Briefly flickered into life in the second half but for the most part it was awful. Liverpool's Wembley hangover continues

Well, one positive is that Lovren played well. Waiting for the season to be over now… #LFC

Lovren has been superb today. The biggest plus point by a mile. #LFC

A disgraceful performance from both manager and players. We are in desperate need of at least 3 strikers this summer and two need to be world class.

101 goals we scored last season. With only 5 games left we're currently on 47.

With Chelsea still to play, and still no striker, we could be looking at a 6th or 7th place finish. Would that be enough to tempt FSG into hiring Klopp. If Klopp came in would Sterling, and the likes of Depay be more likely to sign?

Nothing was the same. pic.twitter.com/M7pF7skb1J

‘Doggie’ on the forums:

On the plus side Lovren’s best game in a Liverpool shirt – shame he didn’t get that late header. Pulis did a job on us yet again with his brand of hoofball.

Those calls for Klopp will grow ever louder tonight ..

Not sure which is more frustrating – that #lfc can’t win games they should, or that #lfc was the only team showing any real intent to win.

Captain America showed more signs of life when he was frozen for 70 years than Glen Johnson does during games.

Just like at Wembley, this team didn't look like one playing for its manager or with any fight until the last 5 minutes. Soulless.

Let us know your thoughts on the game in the comments below. What did we learn about the future of the team and club? Where does it leaves Liverpool’s season?