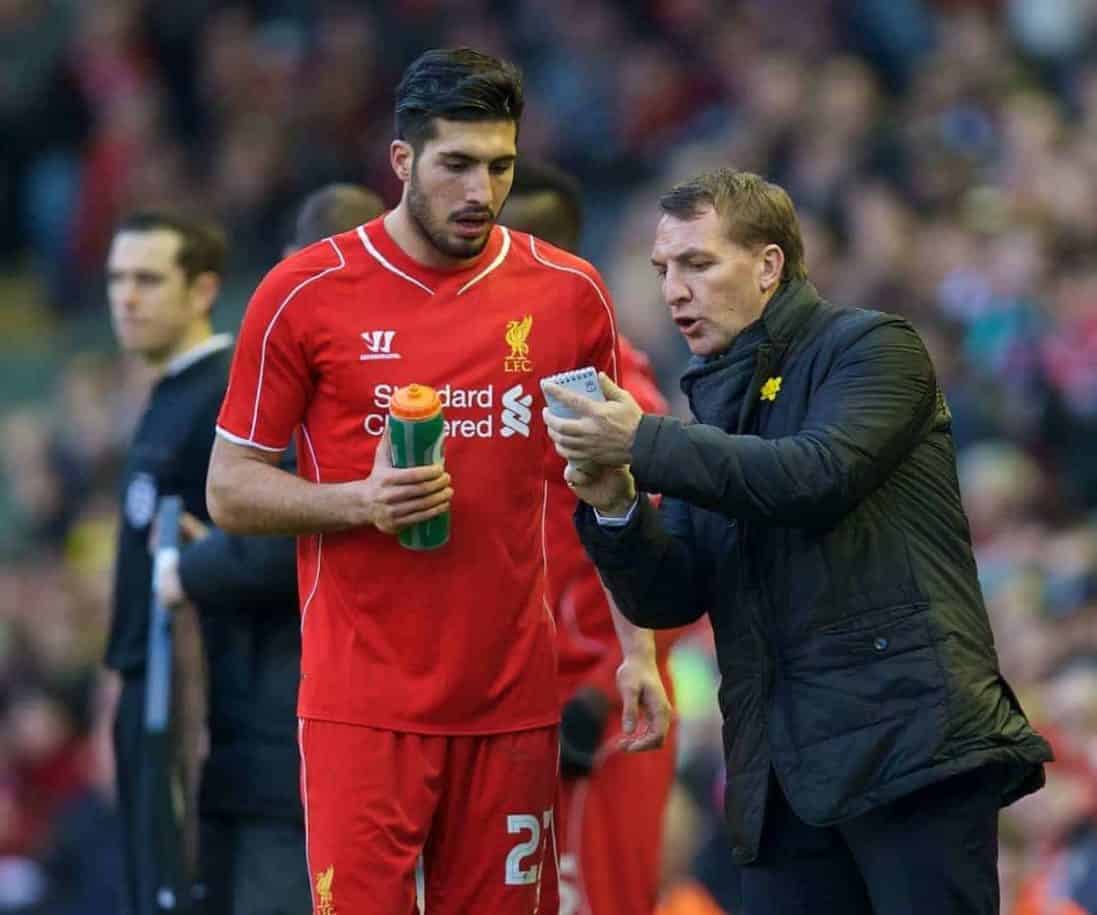 Having successfully negotiated a return to Wembley in midweek, Liverpool turn their full focus back to the Premier League where they will be looking to respond to the disappointment of costly back to back defeats.

Aspirations of a top four finish look something of a pipe dream following the successive losses for Rodgers’ side, who currently sit seven points adrift of fourth placed Man City with just seven games to go, and should the Reds wish to cling onto any feint hope of an unlikely qualification for the Champions League, they must produce a positive result against the Geordies.

Nothing but three points will do against Carver’s side, who arrive off the back of a 1-0 derby day defeat to Sunderland, and if Liverpool want to ensure they give themselves every possible chance of a last ditch attempt at a top four place, they must take full advantage of the confidence stricken Magpies who are on a dreadful run of four straight defeats with only one win in their last eight games.

Rodgers: 'Newcastle been a bit unfortunate as got players injured. John so passionate and a very good coach. We're expecting a tough game.'

Closing the gap on top four rivals will be easier said than done however for Rodgers and his young squad, with injuries and suspensions making for a depleted group at the Liverpool manager’s disposal and the Northern Irishman has a number of decisions to make.

The biggest question ahead of the fixture is whether Rodgers will stick with a four man defence that did the job required at Ewood Park, or make a switch back to the 3-4-2-1 system that helped transform the season.

The return of Emre Can could influence that decision with the German available again after serving his one match ban, but injury to Mamadou Sakho who limped off with a hamstring problem and is set to face a minimum of two weeks out alongside Martin Skrtel serving the final of his three match ban, could also play a part in forming Rodgers’ verdict.

Mamadou Sakho will be out for at least two weeks, meaning he'll miss the FA Cup semi final.

Javi Manquillo and Jon Flanagan will be hopeful of being trusted with the right back shirt over Glen Johnson if a back four is deployed again despite the 30-year-old turning in one of his better performances, but the midfield could remain the same once more with Steven Gerrard still banned.

Liverpool looked settle with the comeback of a back four and functioned well as a unit for the most part in Lancashire, where the majority of concerns came over the worryingly uncreative Reds front line which boasted an again out-of-sorts Daniel Sturridge.

Adam Lallana won’t be able to contribute to rectifying Liverpool’s attacking deficiencies as he’s ruled out, while Mario Balotelli is a doubt due to the 38.7 degree temperature he showed the world he was suffering from in midweek, but the Reds are handed a welcome boost with the return of Jordon Ibe who is back in contention after a knee injury.

Rodgers: Jordon Ibe will come back in (vs Newcastle). He’s looked sensational in training.

Rodgers has an interesting choice to make between using the 3-4-2-1 system or operating with the 4-3-3 formation that was utilised against Blackburn.

Both have their plus points and negatives as seen over the course of the season, but a win and clean sheet at Ewood Park could tempt the Reds boss into sticking with it at Anfield, throwing up some interesting selection dilemmas.

Can’s performances  have made him a first choice pick, but where that could be within the 4-3-3 is up for debate with centre back or midfield the likely destinations for the German, who could also remain on the bench with the midfield likely to remain unchanged and the front three players picking themselves.

In the 4-3-3 system, the Reds starting XI should look like this on Monday night: However, with attacking play somewhat lacking in the shape in midweek Rodgers could revert back to the system that sparked a revival earlier this season.

With a three man defence Can should come straight back into his right side defensive role alongside Toure and Lovren, which would then see question marks come in central midfield and at right wing-back, where Jordan Henderson was wasted in the defeat at Arsenal.

The Reds need Henderson’s energy and drive in the middle of the park, and that should see Joe Allen make way for Ibe or Lazar Markovic to come back into the team on the right and in turn, the vice-captain to return to a preferred central position with the same attacking three deployed ahead.

Those changes in the 3-4-2-1 set-up should see Liverpool line up looking like this come 8pm kick-off time: Rodgers: 'Performance and result other night puts us back on track again. Now we want to build momentum again.'

With Champions League hopes hanging by a thread, it would be game over should the Reds draw or slump to a third straight defeat, but a victory on Monday night would keep the slim hopes alive with six games left to play making maximum points an absolute must.