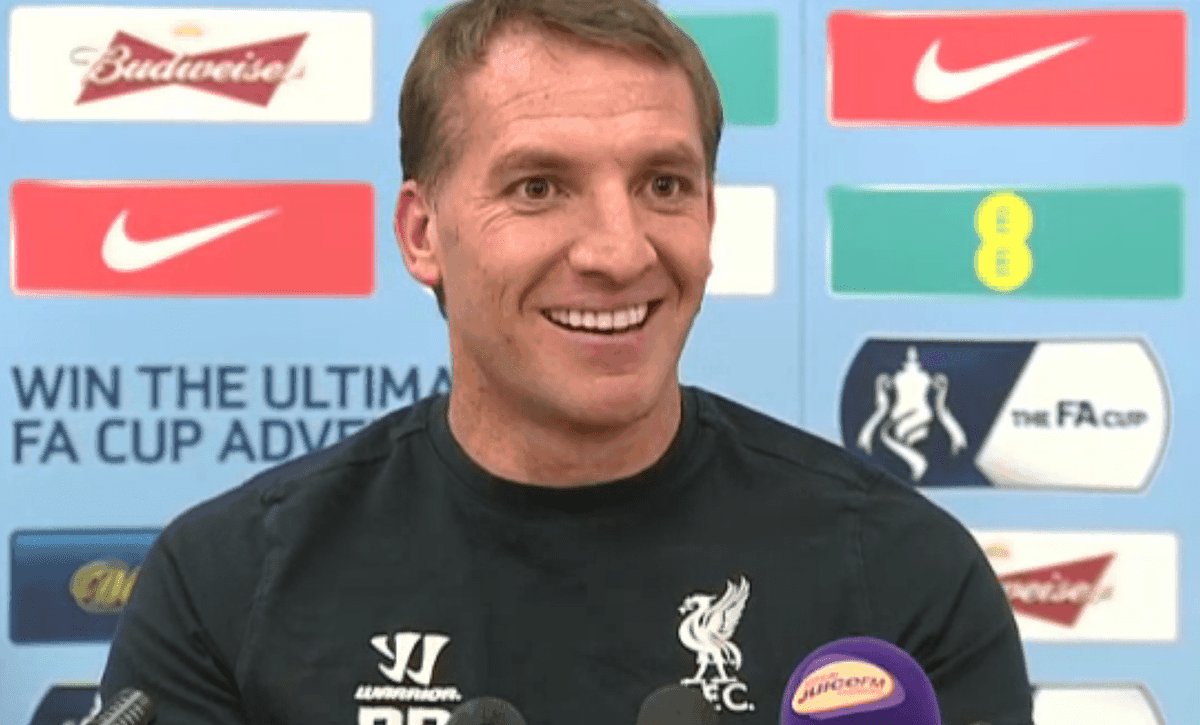 Brendan Rodgers addressed the media at Melwood on Friday afternoon to preview this Sunday’s FA Cup semi-final against Aston Villa at Anfield.

In addition to passing comment on recent off-the-field incidents involving Jordon Ibe and Raheem Sterling, as well as racial abuse aimed at Mario Balotelli and Daniel Sturridge on social media, Rodgers spoke of his eagerness to become a trophy-winning Liverpool manager.

“It’s a very long list of managers here that have been very successful in different eras and different times,” he said.

“Hopefully, I’ll be judged on my time here – however long that is – on that we’ve worked well and a part of that will be having won trophies.

“It’s one game at a time and we have to get over a very difficult game against Aston Villa before we can even think of that.

“The players are in good form and a good moment now. We’ll look forward to the game.”