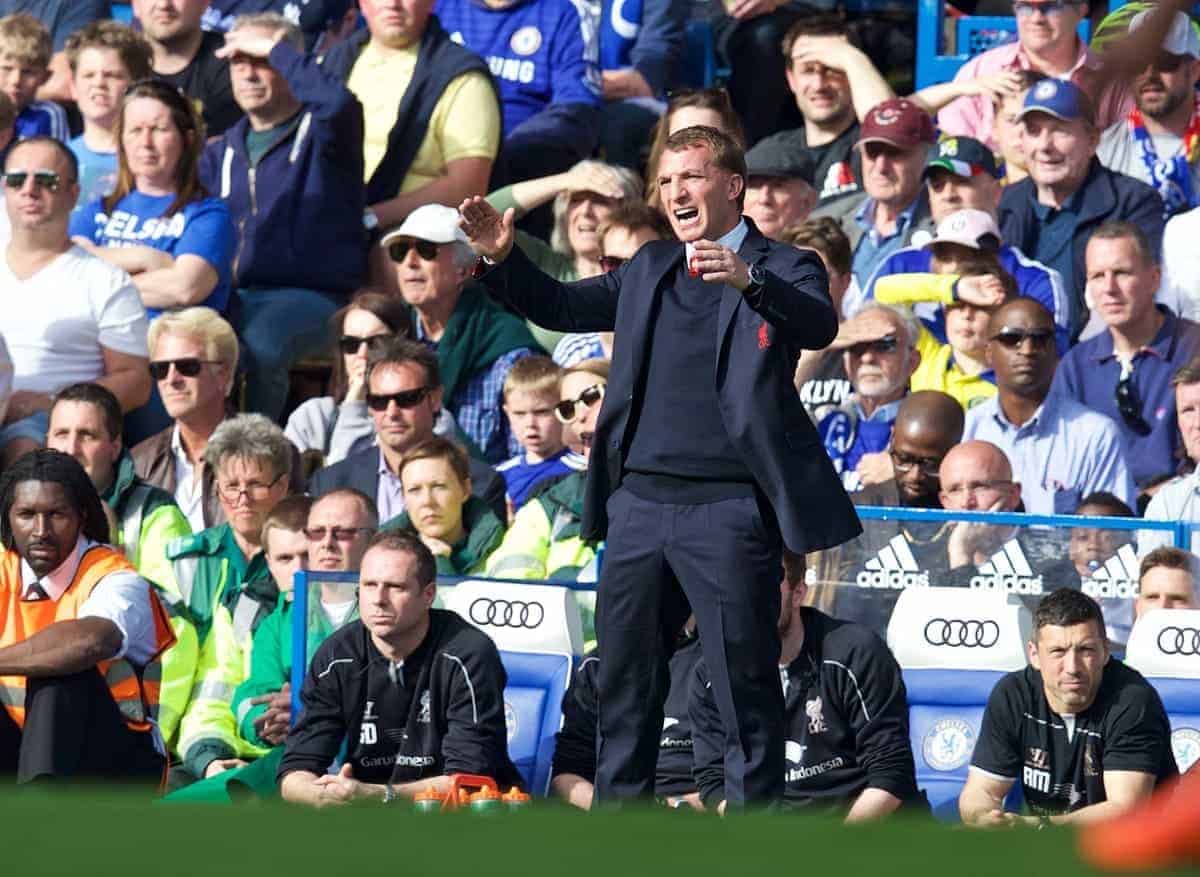 Brendan Rodgers plans another summer of rebuilding at Liverpool with Steven Gerrard's departure imminent and the absence of Champions League football next term all but mathematically confirmed.

Gerrard scored the equaliser in a 1-1 draw at champions Chelsea which means the Reds will almost certainly finish outside the Premier League's top four this season.

"We sit in fifth place and that's probably where we're at," Rodgers said.

"If we want to make the next steps, we need to find some acquisitions in the summer to help us do that.

"The players that I've worked with have been brilliant, given everything. Like (at Chelsea), we've been very unfortunate."

Rodgers bemoaned a slow start which saw John Terry head the hosts into a fifth-minute lead.

The Reds boss felt his side should have had a numerical advantage after Cesc Fabregas' first-minute foul on Raheem Sterling and believed the visitors should have won.

"Fabregas should've been sent off – out of control, diving, stretching," Rodgers said.

"It was a bad challenge and he deserved a red card."