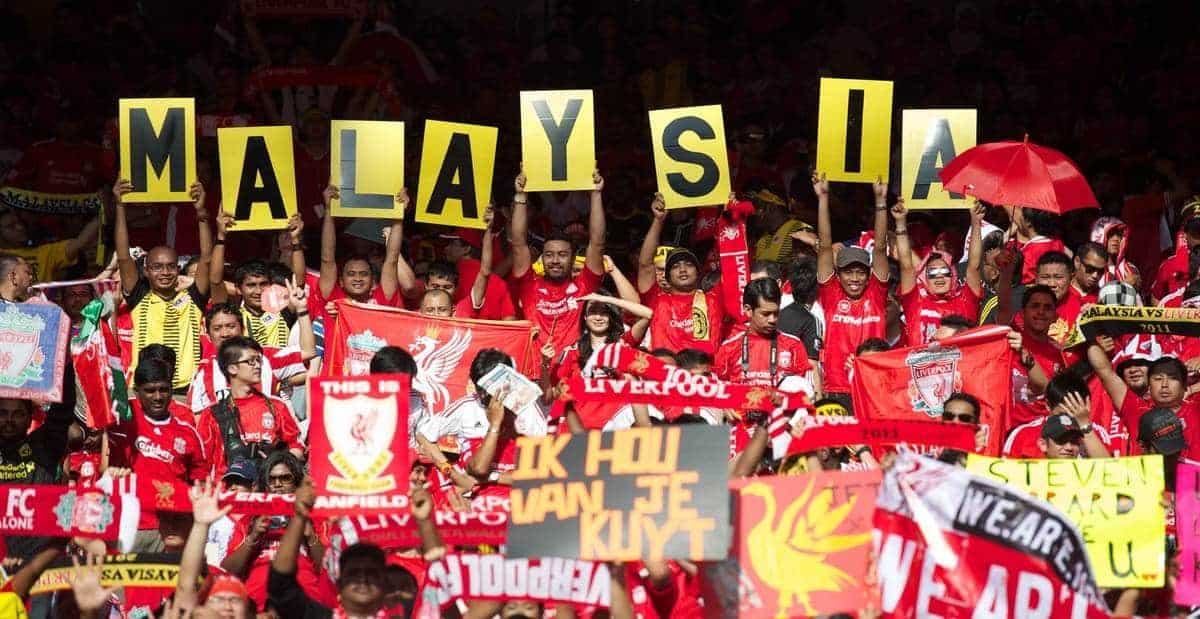 Liverpool’s pre-season clash with a Malaysia XI this summer is attempting to be boycotted by a Malaysian supporters group.

According to reports, a group known as “Ultras Malaya” are protesting against the 24th July showdown, calling for fellow supporters to discard their tickets for the game.

The reason for the planned boycott is because the match will affect Malaysia’s domestic league, and the country’s 2018 World Cup qualifying campaign.

In a statement released on Monday, the group urged those attending the match to re-think their plans and rip up their tickets.

“Don’t buy the tickets, don’t go to the stadium,” the statement begins.

“The matches are simply held to make FAM (Football Association of Malaysia), the organisers and their cronies rich, so don’t let FAM and the organisers profit from this sort of nonsense.

“What’s the point? A win for Malaysia is unlikely, and you can’t be expecting the visitors to give their very best, like they play in the EPL on the TV, can you?

“When one of these free tickets come into your possession, do not be tempted to go to the match!.

“Get as many as possible, and then SHRED THEM so no one else can get their hands on the tickets and go to the stadium in your place. And don’t even think about selling them to others!”

It has already been confirmed that Liverpool will travel to Australia for a pre-season tour, following the success of last summer’s visit, with games against A-League sides Brisbane Roar and Adelaide United taking place on 17th and 20th July, respectively.

The trip Down Under is followed by the aforementioned clash with the Malaysia XI, with rumoured trips to China or Indonesia also likely to happen either before or after Australia.