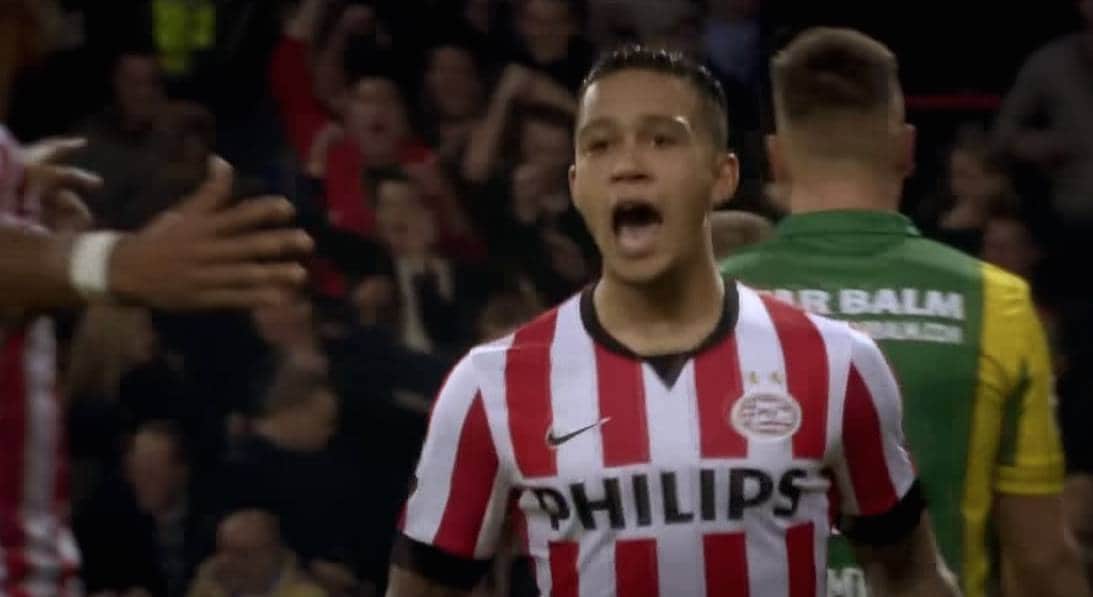 You saw it coming – Man United have agreed a deal to sign Liverpool target Memphis Depay from PSV Eindhoven. United announced the news on twitter on Thursday morning, saying they had reached an agreement for the player’s transfer, subject to a medical, and will be complete in June.

Depay was reported to be one of the main targets for Liverpool this summer, but last week the Mirror claimed that interest had cooled because Rodgers “needs all his transfer kitty to land a big-hitter up front.”

A fortnight ago several Liverpool journalists claimed the Reds were top of the queue for Depay, having held talks with Ian Ayre.

Alas, instead it’s another big target missed for Liverpool, adding to the long list of high profile players they’ve attempted to sign but ended up failing to acquire.

Instead, Liverpool are now linked with another left sided attacker, Renns’ Paul-Georges Ntep.