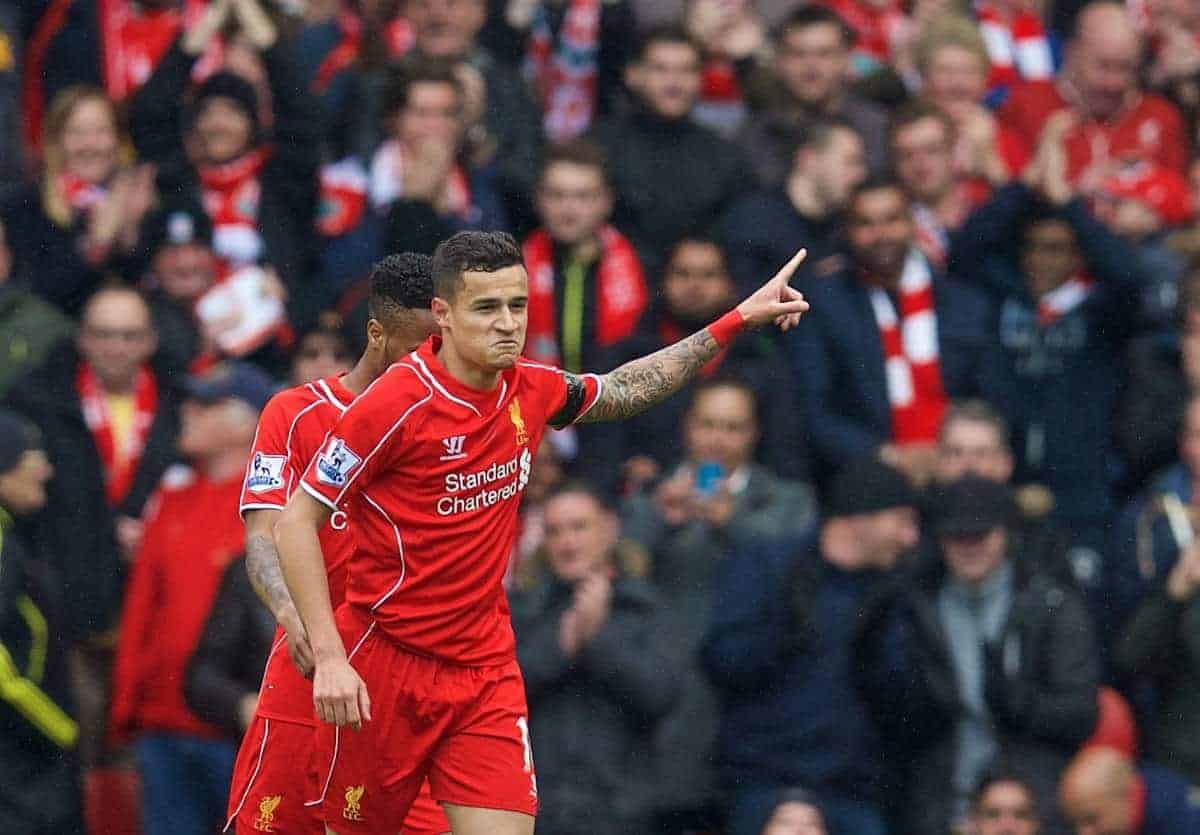 Liverpool midfielder Philippe Coutinho has been named in Brazil’s squad for this summer’s Copa America in Chile.

The 22-year-old, who was named in the PFA Team of the Year last week, is named in Dunga’s squad ahead of Chelsea midfielder Oscar.

Oscar’s omission is reportedly due to injury.

Brazil's squad for Copa América has been announced, Oscar not called up because of an injury: pic.twitter.com/yxmofe6SlM

Statistically speaking, the two players are very similar in this year’s Premier League, with Oscar just edging it on goals and assists but Coutinho leading the way with key passes. Given Oscar has been playing in a far more successful Chelsea side, Coutinho’s stats arguably have more weight in his favour.

Copa America takes place in Chile from June 11th to July 4th, with Brazil in a group alongside Colombia, Peru and Venezuela.

If Brazil progress to the latter stages of the competition, it means Coutinho won’t join up with Liverpool until after their pre-season tour of Australia and Asia.