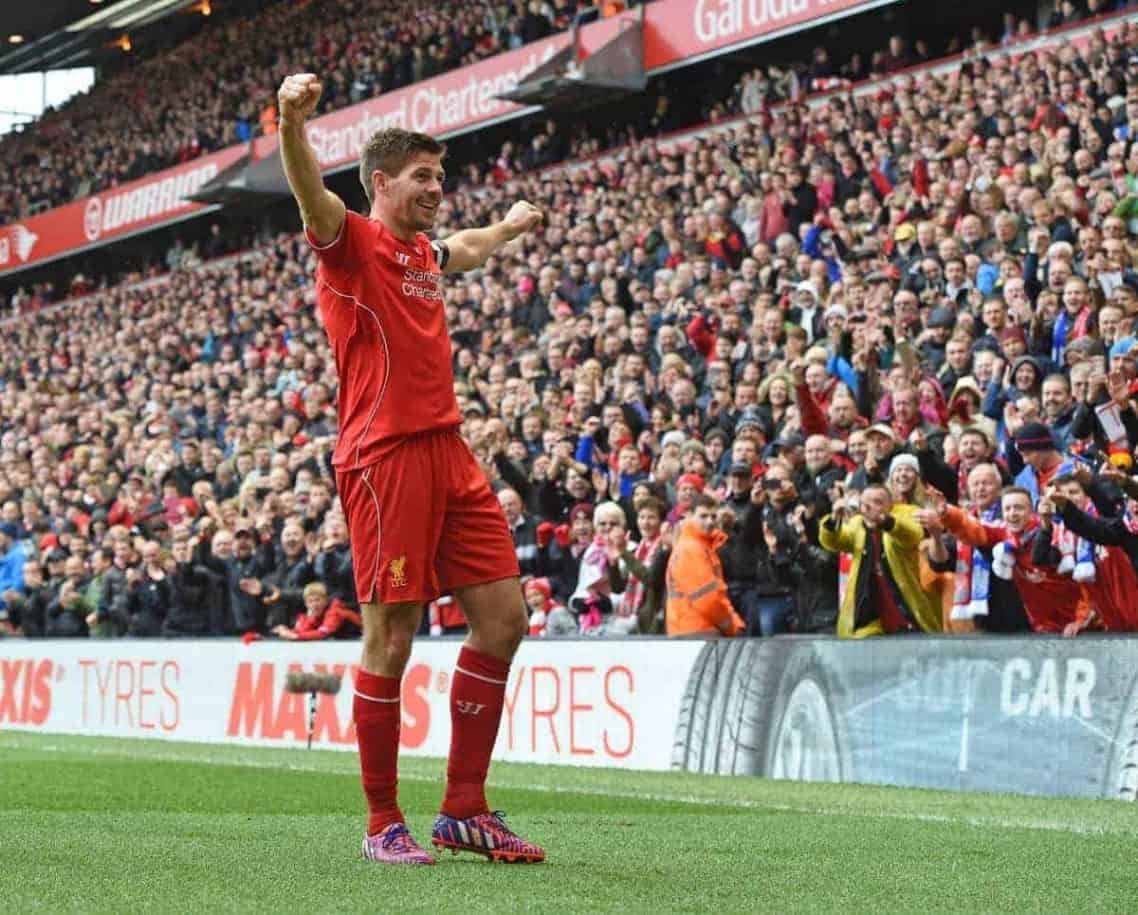 Liverpool’s departing captain Steven Gerrard admits it will be difficult for him to let go of his long association with his boyhood club but he intends to return in some capacity in the future.

The midfielder will leave the Reds, whom he joined at the age of nine, to join the Los Angeles Galaxy in the summer.

After scoring the winner in front of the Kop against QPR last Saturday he revealed emotion may have got the better of him for his missed penalty earlier in the game, but that will be nothing compared to the wrench of making his final appearance at Anfield on May 16 and playing his last match at Stoke the following weekend.

“It’s going to be difficult to let go,” he said. “It’s exciting to know I will be trying something different, playing in another league and getting to see a lot of a great country like America.

“At the same time, I’m emotional and I know these final few weeks will be tough.

“I just don’t know what is going to happen after my last game at Anfield against Crystal Palace.

“All I know is it will be a hugely emotional day for me when my Liverpool career comes to an end after so long.

“My relationship with Liverpool doesn’t end though. I’m hoping I’ll return to the club in some capacity one day.

“If that’s not to be, then I’ll always come back as a supporter.”

Gerrard turned down the offer of a one-year contract extension earlier this season after realising his playing time was likely to decrease as he got older, with his 35th birthday coming later this month.

It was not a scenario that interested him, particularly as he still carries the burden of expectancy for the team, and he is hoping for a less-intense finale to his career in the United States.

“Since I got into the first-team set-up nearly 17 years ago, I’ve lived my life for Liverpool Football Club,” he told the Official Liverpool Magazine.

“I wake up every day wanting success just as much as the fans, I’ve been that way for an awful long time and it’s been a privilege to captain our club. I’ve loved wearing the armband.

“At the same time, it will be nice to step away from that intensity and take a deep breath, I’ll be able to go and enjoy the remaining years of my career without that same level of pressure.

“I didn’t feel I’d enjoy it as much at Liverpool if I became a squad player or a bit-part player.

“I still have the same attitude and hunger that I’ve always had. I want to play games from the start and win.

“I still want to challenge for honours. All of that combined means LA Galaxy is the ideal place for the next part of my career.”