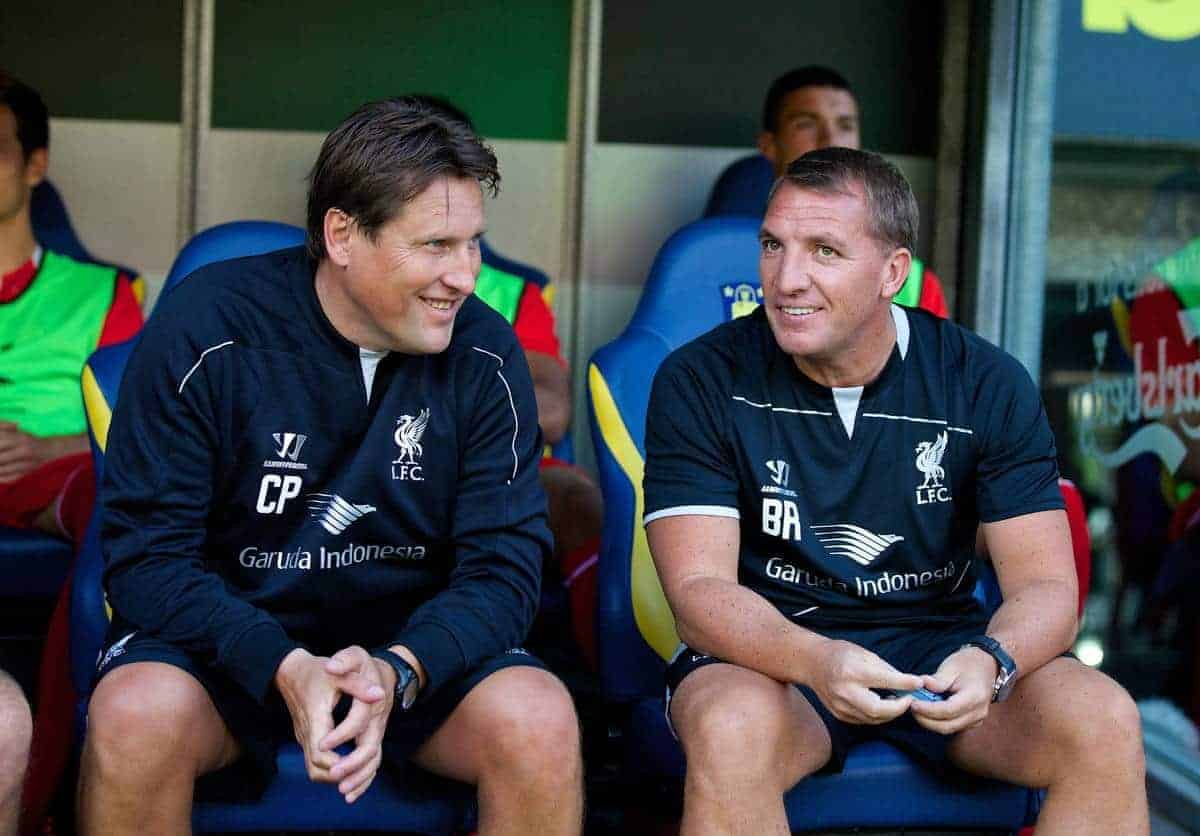 Following on from reports that first-team coach Mike Marsh is to leave Liverpool this summer, it seems assistant manager Colin Pascoe will also depart.

Reports earlier on Friday had suggested that Pascoe, and goalkeeper coach John Achterberg, would keep their jobs after the club had decided not to renew Marsh’s contract this summer.

The Welshman, famed for wearing shorts no matter the weather, joined Liverpool alongside Brendan Rodgers three years ago, following the Northern Irishman from their time at Swansea City together.

“There has been pressure since the end of the season for Rodgers to add more experience to his staff,” wrote The Telegraph‘s Chris Bascombe on Friday.

We explained last week of the lack of experience between Rodgers, Pascoe, Marsh and Achterberg was a concern – two of them had just one year prior experience in the Premier League prior to be appointed at Liverpool, the other two were promotions from the club’s academy.

Pascoe had 12 months remaining on his contract but will leave the club along with Marsh.

It’s claimed that Pascoe leaving is not just FSG’s call, but also Rodgers’ – recognising the coaching staff was below European standard and needs to be improved.

In addition to these changes, Rodgers will now have increased say on transfers.

This is a breaking news story and will be updated accordingly.