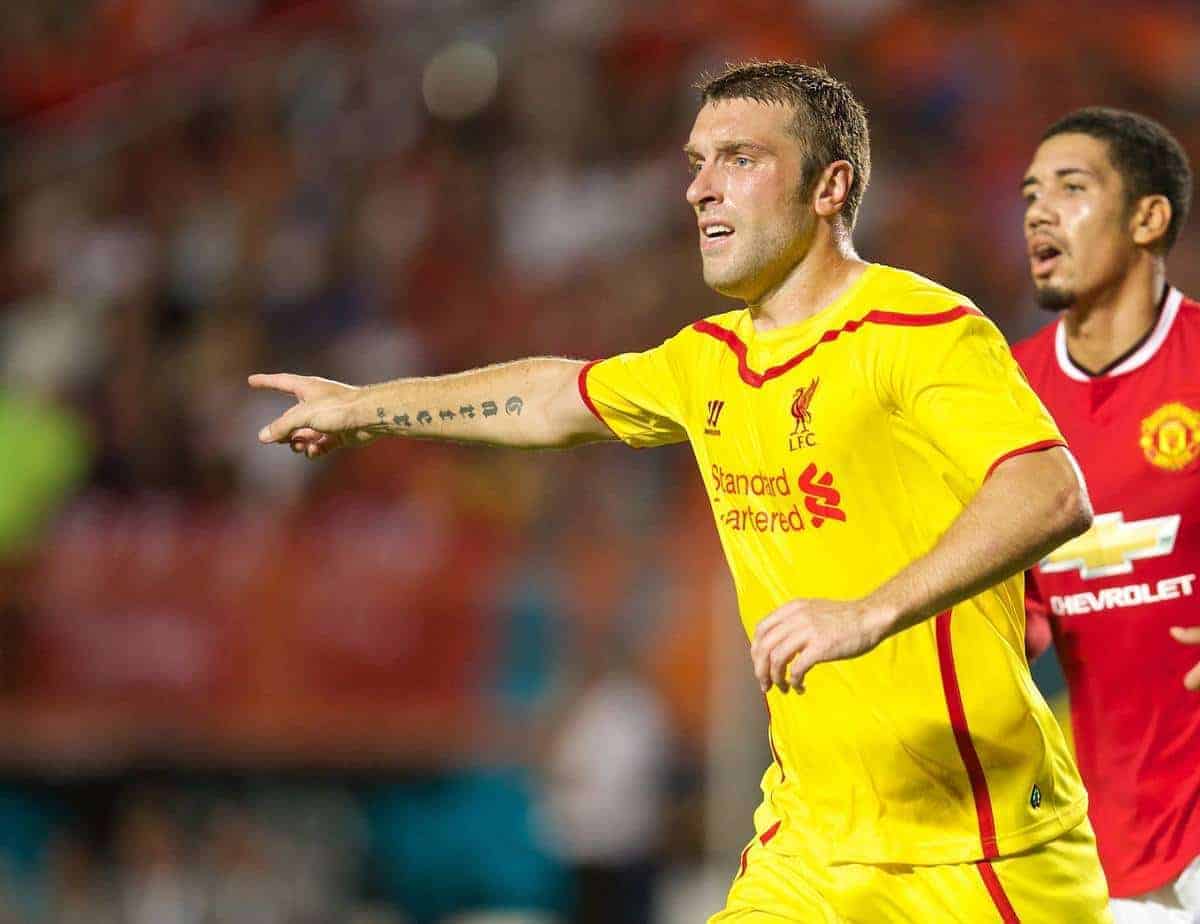 Expected to leave Liverpool this summer after a poor 2014/15 season, Rickie Lambert is subject of interest from West Bromwich Albion, reports claim. Rickie Lambert could soon leave Liverpool, according to reports on Tuesday, with Premier League outfit West Bromwich Albion interested in signing him this summer.

James Pearce of the Liverpool Echo writes: “The big frontman, who is expected to leave Anfield this summer, is wanted by Baggies boss Tony Pulis.

“The 33-year-old turned down a £5million transfer to Aston Villa back in February but is now resigned to moving on in search of regular first-team football.”

Lambert’s departure seems inevitable ahead of the Reds’ renewed charge for the top four in 2015/16.

West Brom‘s interest may have stemmed from the arrival of scout Mel Johnson, who joined the Midlands side after leaving Liverpool in November.

Still a talented player, a move down the Premier League table could see him flourish.

He would leave with his reputation intact, with Liverpool supporters appreciation his endeavour following his £4 million return to his boyhood club last summer.