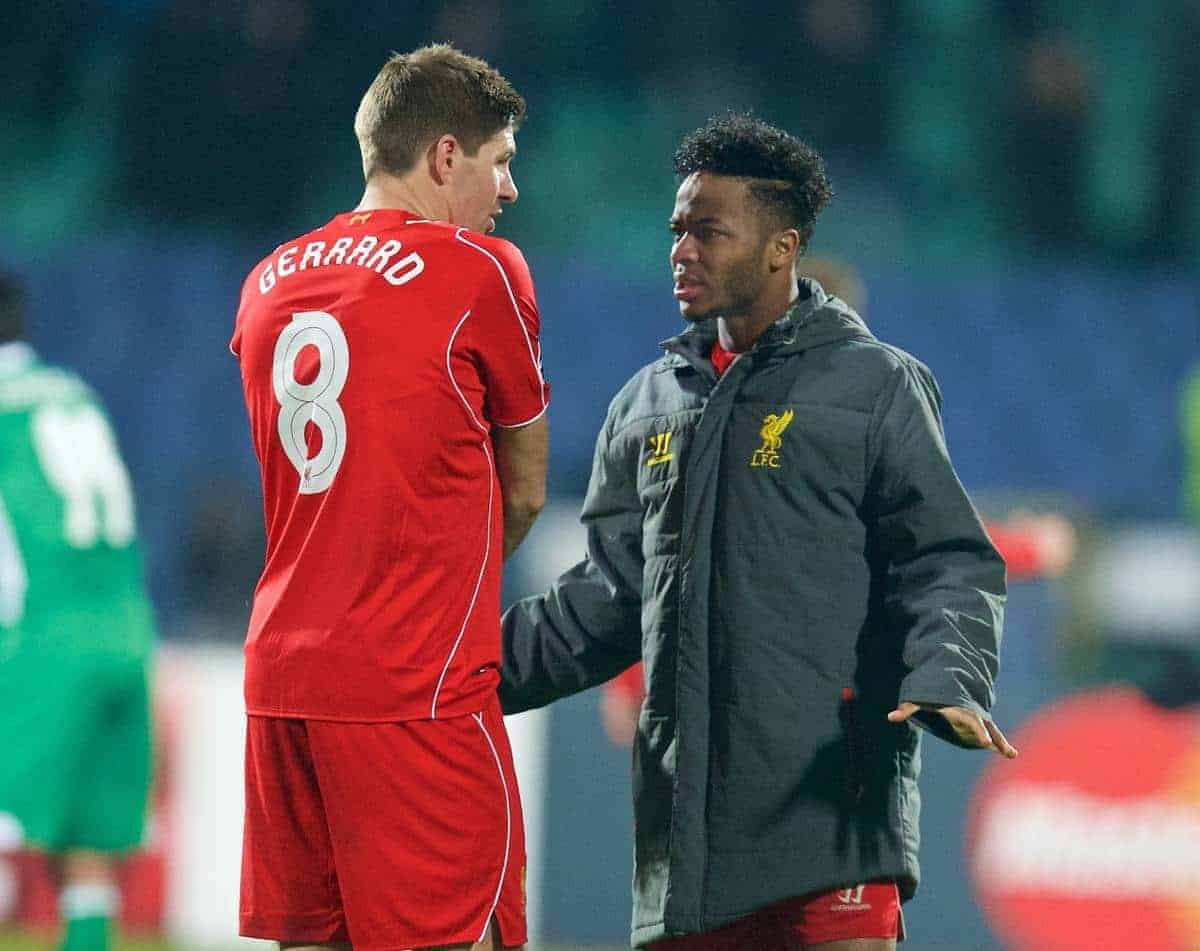 Departing Liverpool captain Steven Gerrard has warned Raheem Sterling he risks stagnating as a squad player if he succeeds in forcing a move from Anfield.

Relations between the club and the player’s agent Aidy Ward hit a low last month when the Reds cancelled a meeting to restart negotiations over a new deal after comments from Ward suggesting the 20-year-old would not sign a new contract.

The England international turned down Liverpool’s £100,000-a-week offer in January and all the noises coming from the player’s camp since appear to have been designed to manufacture a move away.

“I wish I did know (what will happen) because I have been reading a lot about him myself,” said the 35-year-old.

“I think the only two people that know are Raheem and his agent.

“I think for the player’s sake and for all of us fans out there he needs to make the decision quickly.

“I hope he stays. I think for his development as a player he has a fantastic manager to look after him, a great set of team-mates.

“I think it’s important he plays week in week out, keeps trying to learn and strive to become a world-class player.

“I think the frustrating thing for me would be if he went to a club and became a squad player and just another number and he didn’t have that chance to progress. That’s the risk.”

Gerrard, speaking at the launch of BT Sport’s Champions League coverage of which he will be a pundit, is currently preparing for his move to Major League Soccer with Los Angeles Galaxy.

His departure from Anfield, confirmed back in January, turned out to be the first of many with fellow players Glen Johnson and Brad Jones not offered new contracts and, following an end-of-season review, assistant manager Colin Pascoe and coach Mike Marsh also lost their jobs.

“I was very surprised. I didn’t expect there to be any changes in the staff positions,” added Gerrard.

“I think Brendan (Rodgers) and the bosses have made those decisions and I’m looking in with a keen interest to see who he puts alongside him and how he tries to improve or strengthen his staff moving forward.

“A lot of names have been mentioned but I can’t give you any insight or names because I’m now on the outside and don’t have that relationship with Brendan any more where I might have got a bit of a nudge on it.

“I think Brendan will obviously have felt he needed to make some changes and freshen certain things up in his staff.

“I am very interested to see who he puts in alongside him and also to hear Brendan speak in a press conference to see why he has decided to make those decisions.”

The position of Rodgers remains safe following his review with chairman Tom Werner and Mike Gordon – president of club owners Fenway Sports Group – but he has been left in no doubt improvements have to be made after last season’s sixth-place finish.

Should he not get off to the best of starts in the new campaign he will find the shadow of Jurgen Klopp growing larger.

The recently-departed Borussia Dortmund manager’s agent Marc Kosicke has said the German is interested in a move to England and would not be put off by not having Champions League football.

“The Premier League is very exciting,” Kosicke told German media outlet SPOX. “And we do not only think about the top four because there are some other great clubs below them. [td_ad_box spot_id=“custom_ad_3”]

“It is always all about the challenge. When Jurgen signed for Dortmund there were other clubs who had better prestige and were in better financial mood at this time. Nevertheless he decided for Dortmund.

“He has the great ability to develop things. If he goes into a stadium, feels the energy and thinks that he can make a difference here, this could be more attractive to him than going with the big deals and aiming for the treble.”