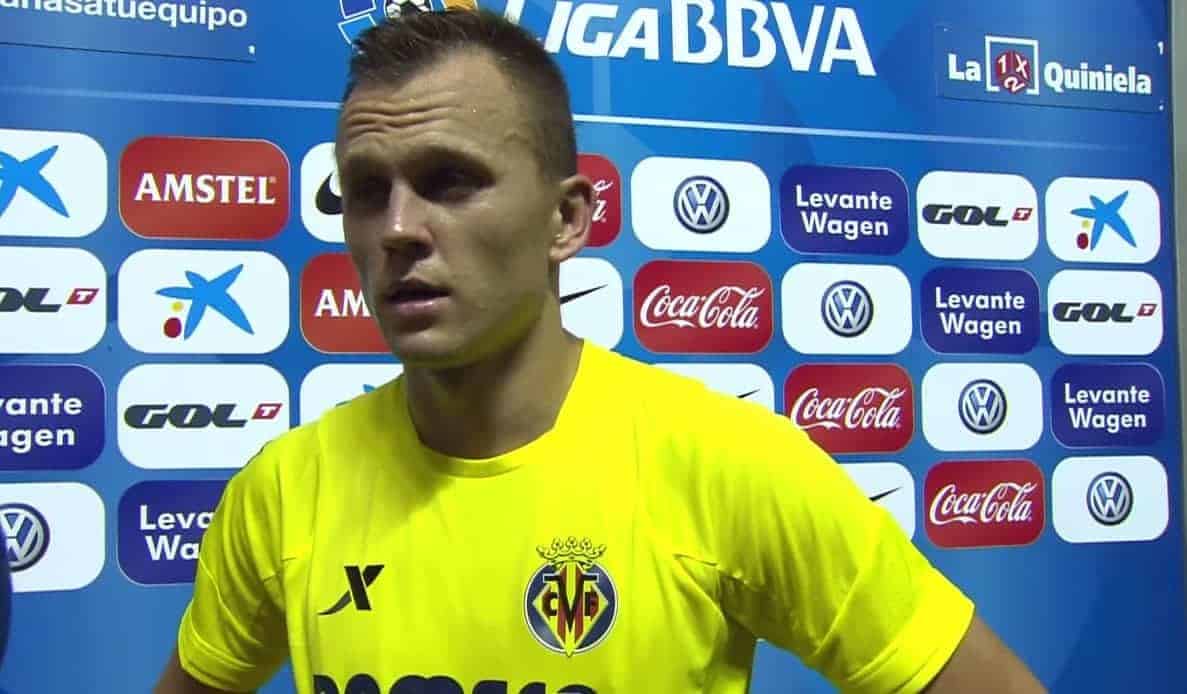 According to the rumour mill, Liverpool are set to both strengthen their spine and revamp their attack with a host of transfer moves mooted. Brendan Rodgers and his squad are set to jet off to Thailand as the Reds begin their pre-season tour, but the trip shows no signs of distracting the Liverpool boss from heavy transfer activity.

Rodgers has already added six new faces to his group but it doesn’t look like his transfer business will end there, with numerous players continuing to be linked with summer switches to Anfield.

According to the Mirror, Liverpool have offered Real Madrid £22 million for Russian winger Denis Cheryshev.

With Raheem Sterling’s Anfield future edging to a resolution, Rodgers is reported to be pressing on with plans to replace the 20-year-old.

Neil Moxley writes: “Rafael Benitez has received a bid from the Reds for the Russian flier and will discuss the matter with his bosses at the Bernabeu.”

The Madrid man impressed while on loan with Villarreal last season, where he scored six goals and grabbed nine assists in 33 games.

But despite a productive season, Cheryshev is said to be surplus to requirements, with Madrid ready to cash in.

Cheryshev is also wanted back on another loan deal by Villarreal.

Los Blancos would prefer a straight cash deal however, and with the Reds set to pocket around £45 million for Sterling, Rodgers certainly has the money at his disposal to make a deal happen.

The former Man City centre-back has impressed in Florence, and has reportedly attracted much interest, including from Atletico Madrid, who are said to be aware they face a battle to secure his services with the Reds monitoring his situation.

This is according to Spanish publication AS.

Liverpool have plenty of defensive options currently, with Martin Skrtel having recently signed a new deal.

But the Reds still lack quality at the heart of their defence.

Savic already has Premier League experience and with Rodgers needing ready-made performers to help his side return to Champions League football, a move for the Montenegrin could be a clever one.

Mario’s to swap, with Balotelli to Fiorentina and Gomez to Anfield?

Reports in Italy claim Liverpool are in talks over a move which will see Mario Balotelli head to Fiorentina in exchange for experienced front-man Mario Gomez.

Sport Mediaset claim negotiations are well underway and Balotelli – who has been left out of the Reds pre-season tour – wants to move home following the passing of his father last week.

The Viola are said to be looking for a new striker and are happy to take Balotelli after Liverpool offered him the chance to return to Italy on loan.

However, this comes with the provision that Gomez heads the other way.

Rodgers is on the lookout for a new striker, and the experienced Gomez – who has scored goals everywhere he has been throughout his career – could offer an interesting option for the Liverpool manager.

According to Chilean publication La Tercera, Liverpool are weighing up a move for Inter Milan’s tough-tackling defensive midfielder Gary Medel.

Medel is said to have caught Rodgers’ attention as he played a key role in helping Chile to Copa America glory, with Liverpool having been impressed with his combative performances.

Inter endured a miserable campaign in which they finished eighth in Serie A.

With no European football next season, and the chance of decreased game-time following Kondogbia’s arrival, a move to Anfield could prove tempting for Medel.

It would be a move that would shock the football world, but Javier Hernandez is again linked with a switch from Old Trafford to Anfield.

No player has moved between the clubs in almost half a century, but Portuguese publication A Bola report the two rival clubs are ready to strike a deal.

Hernandez spent last season on loan at Madrid and appears to be surplus to requirements in Manchester.

It’s said the proven goalscorer could be available for as little as £8 million – something that could tempt Rodgers into moving for him.

Another Loan for Jordon Ibe?

It is strangely reported by the Mirror that Jordon Ibe would be made available on loan should Cheryshev arrive from Madrid.

It’s certainly hard to believe following Ibe’s successful breakthrough to the first team at Anfield last season and with the teenager having committed his future to the club by signing a long-term deal.

Cheryshev’s arrival would reportedly see Ibe head out on loan for the third time – after he enjoyed productive spells at Birmingham City and Derby County.

Despite the report it’s safe to expect the 19-year-old to be plying his trade at Anfield next season.