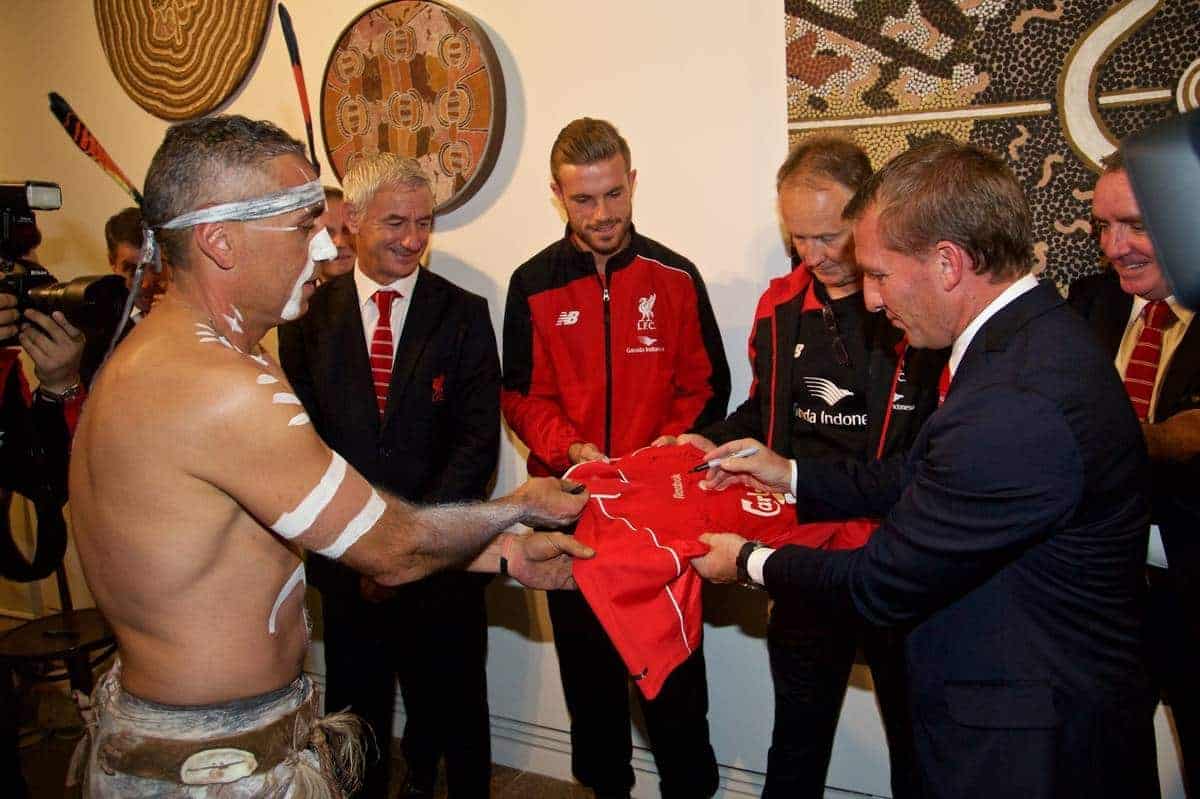 There certainly seems to be a relaxed atmosphere amognst the Liverpool camp this summer as the Reds were greeted to Australian traditions on their pre-season tour.

Following victories over True Thai All Stars and Brisbane Roar, Liverpool have now arrived in Adelaide for Monday’s friendly against Adelaide United (kick-off 10:30am UK).

Continuing their ambassadorial duties, the likes of Brendan Rodgers, Jordan Henderson and Kolo Toure, as well as Reds legend Ian Rush have been out and there’s a lot of smiles amongst the Liverpool contingent.

Newly appointed club captain Henderson tried his talents out as a didgeridoo player with an Aboriginal dancer during a visit to the Art Gallery of South Australia.

Later, Rodgers told the media at his press conference to preview Liverpool’s clash against Adelaide United on Monday, on Henderson’s didgeridoo playing: “He obviously needs a bit of work!”

Rodgers was earlier presented with a football designed by Aboriginal artist Jacob Stengle.