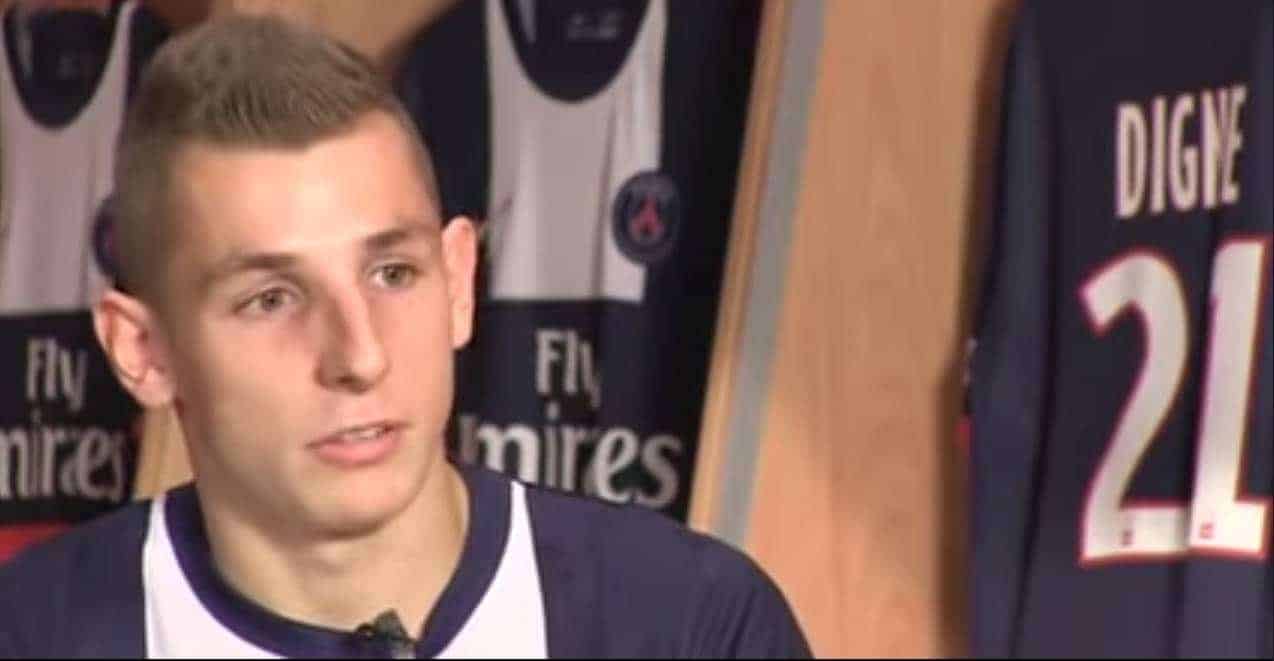 Reports from France on Monday evening claim Liverpool have held talks with Paris Saint-Germain over the signing of left-back Lucas Digne.

According to French media outlet Canal Supporters, the 22-year-old has asked to leave the Ligue 1 giants, having struggled to oust Maxwell as first-choice left-back over the last few seasons.

The report, also reported by the Mail, claims that representatives from the two clubs held talks in London over the weekend, and that a move elsewhere appeals to Digne.

It is believed he won’t fully make a decision until after his side’s pre-season tour of America and the Trophee des Champions – the French equivalent of the Community Shield – in early August.

PSG manager Laurent Blanc is clearly keen to keep hold of the young Frenchman, but explained last week that the player himself has asked to leave:

“It is he who very clearly asked to leave.

“He is with us, he is very professional, he trains very well and has prepared excellently. This is a good thing for him and possibly for us, should he stay with us this season.”

Digne would be a terrific acquisition should Liverpool snap him up, providing stern competition for Alberto Moreno in an area of the pitch where the Reds are lacking first-team quality, natural, cover.

Jose Enrique is free to leave the club, Jon Flanagan is a long way away from fitness, while Joe Gomez has never played a Premier League game.

Digne hasn’t quite kicked on as many had hoped over the last couple of years, but he is a player with enormous potential. He joined PSG for £10.5 million from Lille in 2013, and has made 43 appearances to date.

> Lucas Digne: Why Liverpool should pursue interest in PSG left-back this summer