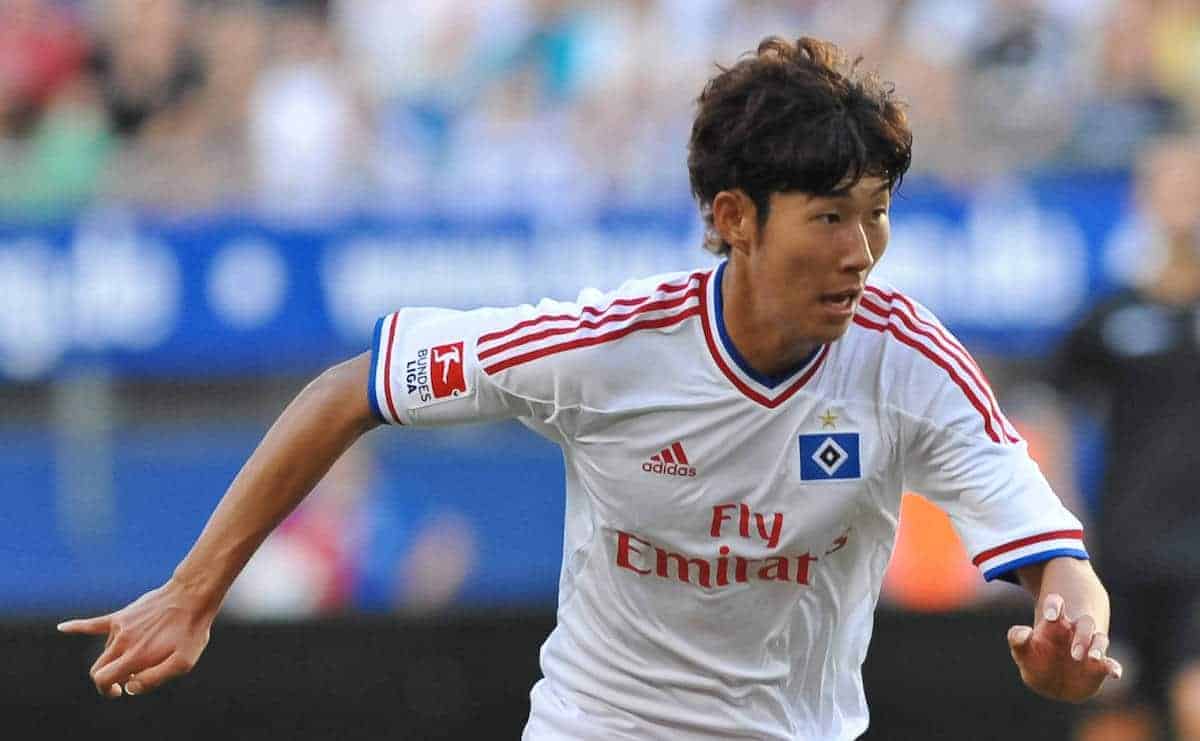 As Ian Ayre plans to expand towards Asia in the future, Jack Lusby suggests 5 Asian players who could help build the Reds’ brand, including Son Heung-Min. Liverpool CEO Ian Ayre is looking to help the Reds tap into the Asian market with a series of commercial moves, he has explained this month.

He would be wise to look towards the transfer market to aid this move, as there are a host of players who possess the talent to flourish in Brendan Rodgers’ squad.

The football following in Asia is phenomenal, and therefore it makes sense to look to draw attention towards the Premier League and Liverpool.

But can this be done by utilising the transfer market?

The commercial success of Manchester United suggests so, with the signing of Park Ji-Sung said to have boosted their merchandise sales in Korea to a “multi-million pound” level.

It's fair to say that the new boy is popular at OT. Kagawa easily outnumbering RvP in shirt sales @RnRFootball pic.twitter.com/60HjWd55

Furthermore, when Park left United for Queens Park Rangers in 2012, Japanese playmaker Shinji Kagawa was signed from Borussia Dortmund—that season, ‘Kagawa 26’ was the third-most popular shirt in terms of sales for the Premier League.

To make a comparison closer to home for many: do Europeans not watch MLS as they are drawn by household names such as Robbie Keane, and soon Steven Gerrard?

Therefore, it would make sense for Liverpool to look to sign a player of Asian origin this summer, to boost Rodgers’ squad and help expand their brand into the Far East.

Here are five players who they should target, including Bayer Leverkusen’s Son Heung-Min.

Liverpool need a left-back to compete with Alberto Moreno this season, with the sale of Jose Enrique impending, and a look towards Hoffenheim man Kim Jin-Su would be advised.

The 23-year-old is the polar opposite of the Spaniard: strong in the tackle, good in the air and intelligent in reading the game. This has ensured his presence as a regular for South Korea.

Last season, he made 19 Bundesliga appearances for Hoffenheim, averaging 3.7 tackles and 3.9 interceptions, and winning 3.8 aerial duels, per 90 minutes.

This would place him as Liverpool’s best defensive full-back by far.

Signing Kim would allow Rodgers to temper Moreno’s attacking instincts when required; while the 22-year-old’s attacking thrust will be a powerful weapon for the Reds, some occasions call for a player with a more defensive edge.

Having joined Hoffenheim from Albirex Niigata last summer, however, it may prove tricky to negotiate a deal.

Whether Rodgers accepts it or not, this Liverpool squad needs a defensive midfielder if it is to build towards success.

Lucas Leiva currently stands as the only option in this role, and with the Brazilian facing regular injury issues the Reds would be wise to add another anchorman to their ranks this summer.

Captain of the Japan national team and a key figure for Bundesliga mid-table outfit Eintracht Frankfurt, Makoto Hasebe stands out as a low-value option for this role.

Acclimatised to the hardworking ideals of Bundesliga football, Hasebe credits the gruelling training methods of Felix Magath—his first manager at VfL Wolfsburg when he joined in 2008—for moulding him into the diligent, composed and resilient midfielder he is now.

With just a year left on his Frankfurt contract, Hasebe would be a great signing for the Reds.

If Rodgers is set against adding a destroyer-type to his midfield this summer, however, Swansea City midfielder Ki Sung-Yueng should be a no-brainer target for the Reds.

The 26-year-old is a great passer, a composed, intelligent midfield presence and a proven goalscorer.

He posted a higher passing accuracy (89.8%) than all but Martin Skrtel (90.1%) in Rodgers’ current squad, and he served as Swansea’s possession-recycling hub at the base of midfield.

Captain of the South Korea national team, last summer Ki was a transfer target for Aston Villa and Sunderland.

Now, he should be aiming for the Premier League‘s top four, and could help Liverpool in their campaign towards Champions League qualification.

Do Liverpool need to sign another attacking midfielder? The potential departure of Raheem Sterling, and the indeterminate future of Lazar Markovic, suggests it is a possibility.

A great option for this role would be Hannover 96’s Japanese winger Hiroshi Kiyotake.

Able to play as a left or right winger as well as in the No. 10 role, Kiyotake would add to a versatile front line at Anfield.

He is, however, poor in terms of defensive contribution, which could make him something of a luxury player within Rodgers’ system.

Nevertheless, the 25-year-old would be a good target for Liverpool as they look to expand.

Leverkusen forward Son was linked with a move to Liverpool in May, and the 22-year-old South Korean star should still be a target for the Reds.

With 11 goals in 30 Bundesliga games last season, Son would provide a goalscoring flourish to add to that of Roberto Firmino.

Able to play on either wing or as a No. 9, Son could perform a variety of roles for Rodgers.

He is a talented creative player, with intelligent movement and, most importantly, a strong work ethic—he would suit this Liverpool squad perfectly.

If the Reds are looking to expand into the Asian market with the help of a major signing this summer, Leverkusen No. 7 Son would arguably be their best move.

Which Asian players should Liverpool target in their efforts to expand commercially? Let us know in the comments below.