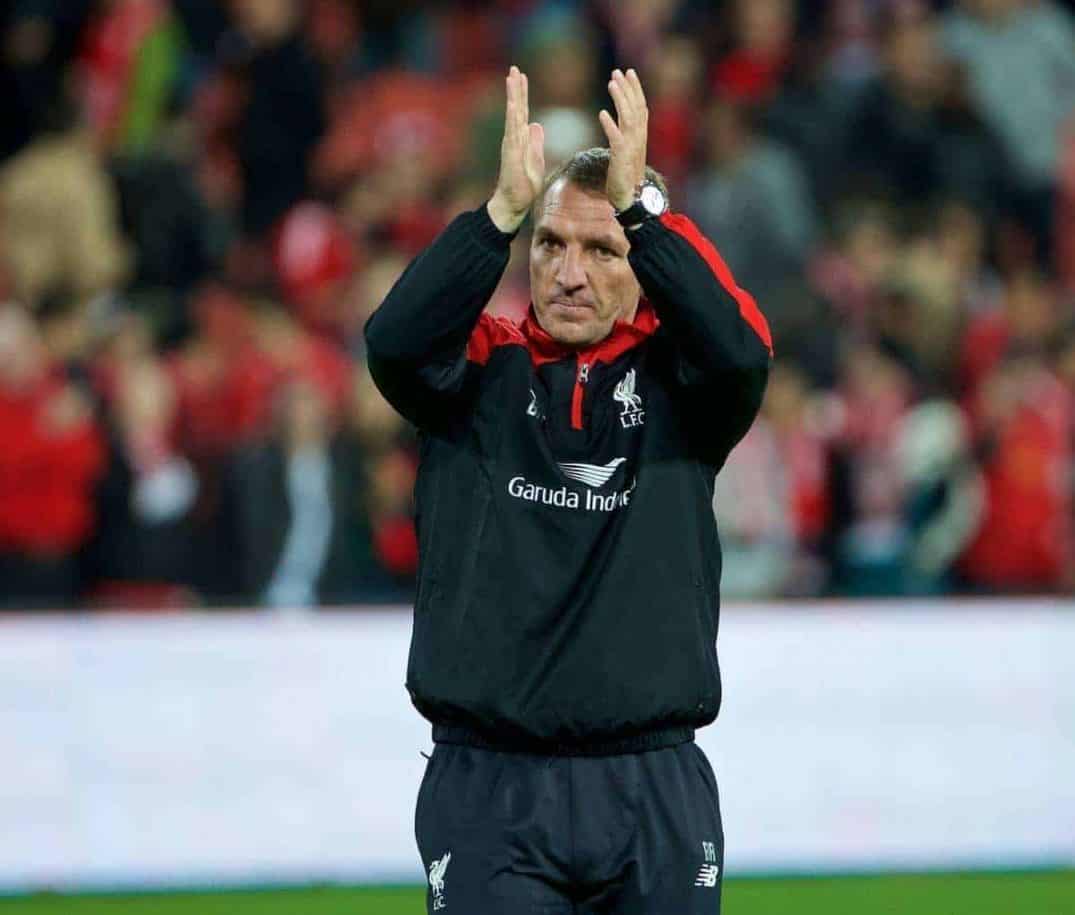 Speaking during his pre-match press conference in Liverpool’s last stop of their pre-season tour in Kuala Lumpur, Brendan Rodgers praised his new signings.

Liverpool have welcomed a host of new players into their ranks over the summer, and manager Brendan Rodgers has praised their impact this pre-season.

The Reds take on a Malaysia XI on Friday, as the final part of their warmup tour of the Far East and Australia.

Speaking to reporters during his pre-match press conference, Rodgers heralded his new signings for their quality and ambition.

Asked about how much impact the sale of Luis Suarez had on Liverpool chances last season, the manager opted to turn his attention to those signed this summer, and what they can bring to the fold in 2015/16.

“Last season was a disappointment for us,” he said.

“We had to ensure we brought in quality to help us improve and we have done that.

“The mentality of the players we signed was very important. I’m happy with those we’ve brought in.

“We had to bring in quality and players with ambition and I believe we have done that.

“I’ve got an inherent belief in the players we have brought in that they can help us push on this season.

“We are very hopeful that we will go on and be competitive this season and challenge on all fronts.”

Liverpool will take on a Malaysia XI at the Bukit Jalil National Stadium on Friday, kicking off at 1:45pm (BST).