Christian Benteke brushed aside the controversy over his first Liverpool goal to reflect on a satisfactory home debut.

The Reds’ £32million summer signing hit a disputed winner as the Merseysiders snatched a 1-0 victory over Barclays Premier League newcomers Bournemouth at Anfield.

Benteke struck from close range after 26 minutes, a goal referee Craig Pawson allowed to stand despite team-mate Philippe Coutinho having appeared to be offside.

That added to the Cherries’ frustrations after having a Tommy Elphick header harshly disallowed for a foul in the opening minutes, but they were no concern of Benteke’s.

The former Aston Villa forward said: “It was important for me on my debut at Anfield to score and help the team win.

“Now we have six points, we are top of the league and we want to keep going and work hard to stay there.

“I’m settled. I am happy and I try to improve myself and be there for my team-mates.”

As in their season-opening win at Stoke, Liverpool lacked fluency and were not convincing. They did have a spell of dominance either side of the goal, and captain Jordan Henderson clipped the top of the bar, but Bournemouth fought hard.

Conceding the goal set Bournemouth back but they recovered in the second half and went close when the impressive Matt Ritchie smashed a shot against the outside of the post.

Liverpool defender Martin Skrtel acknowledged victory was not straightforward. The Slovakian told LFC TV: “The win is all that counts and our three points are important. I am also happy that we kept a clean sheet again.

“I must admit they were lively and dangerous, played well and had a couple of good chances.”

Bournemouth manager Eddie Howe was aggrieved about the result – a second successive 1-0 loss in the top flight – but hoped his players would take plenty of encouragement from their performance.

He said: “We know we need points and results – it is a tough league, an unforgiving league. We have seen that already.

“But ultimately the performances and the general aspects of our play have been very good. Hopefully the bigger picture is it gives the players confidence they can succeed at this level, we can play our style of football and still be successful. Hopefully there is long-term gain there for us.”

Opposite number Brendan Rodgers was impressed by the visitors and their attractive style, and believes they can make a similar impact in the top division to his old side Swansea. Rodgers said: “I think they are an excellent team.

“It is very much the same situation as when I arrived at Swansea. After the first five games I think we hadn’t scored a goal and everyone was wondering if could we score and play that type of football to stay up.

“In the end we stayed up comfortably and I think Bournemouth will be the same. They have some excellent players and a style of football that will give them an advantage.

“These early games are tough, they are learning about the league but I am sure they will do very well and stay up.”

Watford set price tag for Ismaila Sarr, with Liverpool “front-runners” for a deal 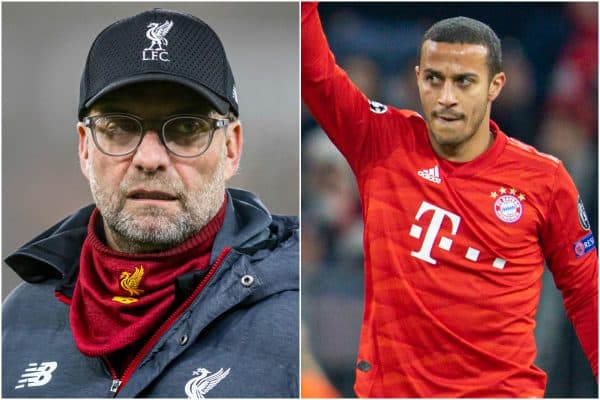 Who is Kostas Tsimikas? The lowdown on Liverpool’s new left-back