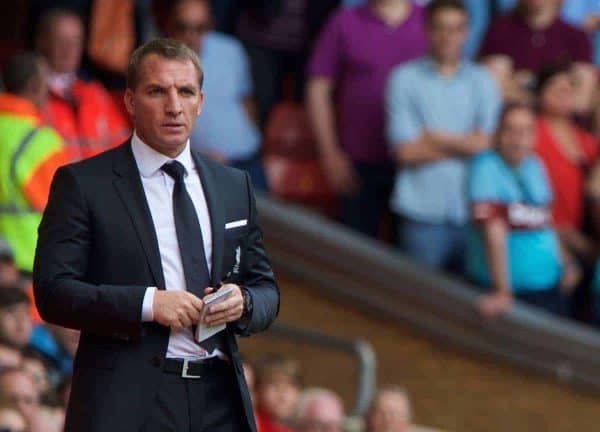 Following Liverpool’s awful performance and result against Slaven Bilic’s well-drilled West Ham United, we round up the social media reaction from during and after the clash.

On an afternoon that was essential for the Reds to build on their positive start to the season, they completely failed to do so – taking a huge backward step against West Ham.

It was a miserable afternoon from start to finish at Anfield – with Brendan Rodgers’ side showing nothing of the defensive resilience or attacking threat that was evident in Monday’s draw at the Emirates.

It is a golden opportunity missed for the Reds to position themselves nicely ahead of a trip to Old Trafford after the international break, which now has a completely different complexion to it.

The comprehensive 3-0 loss – which saw the Hammers win on Merseyside for the first time since 1963 – leaves the Reds with seven points to show from their first four games this season.

Wow. This is going from horrible to a nightmare.

No excuses, not even the poor ref. #LFC poor and what's worse is that there's an international break coming followed by Man U away.

Losing 3-0 at home to anyone is disgusting. Congrats to @westhamfootball & his team. Big questions over the break for the management

‘Dublin Kopite’ on the forum:

Outplayed and out fought by West Ham. The early season illusion comes crashing down. Humiliating.

The result & performance today were woeful – but it's the lack of style & identity that's a bigger issue for Rodgers. #LFC.

The more things change the more they stay the same. Unacceptable.

Still at Anfield. First thought: can't really put how bad that was into words. #lfc

Utterly dreadful performance all round. Nothing created despite a LOT of possession. Little shape or patters. Woeful defending.

‘Red Forever’ on the forum:

Two weeks until LFC's next game, that's not going to be a pleasant fortnight.