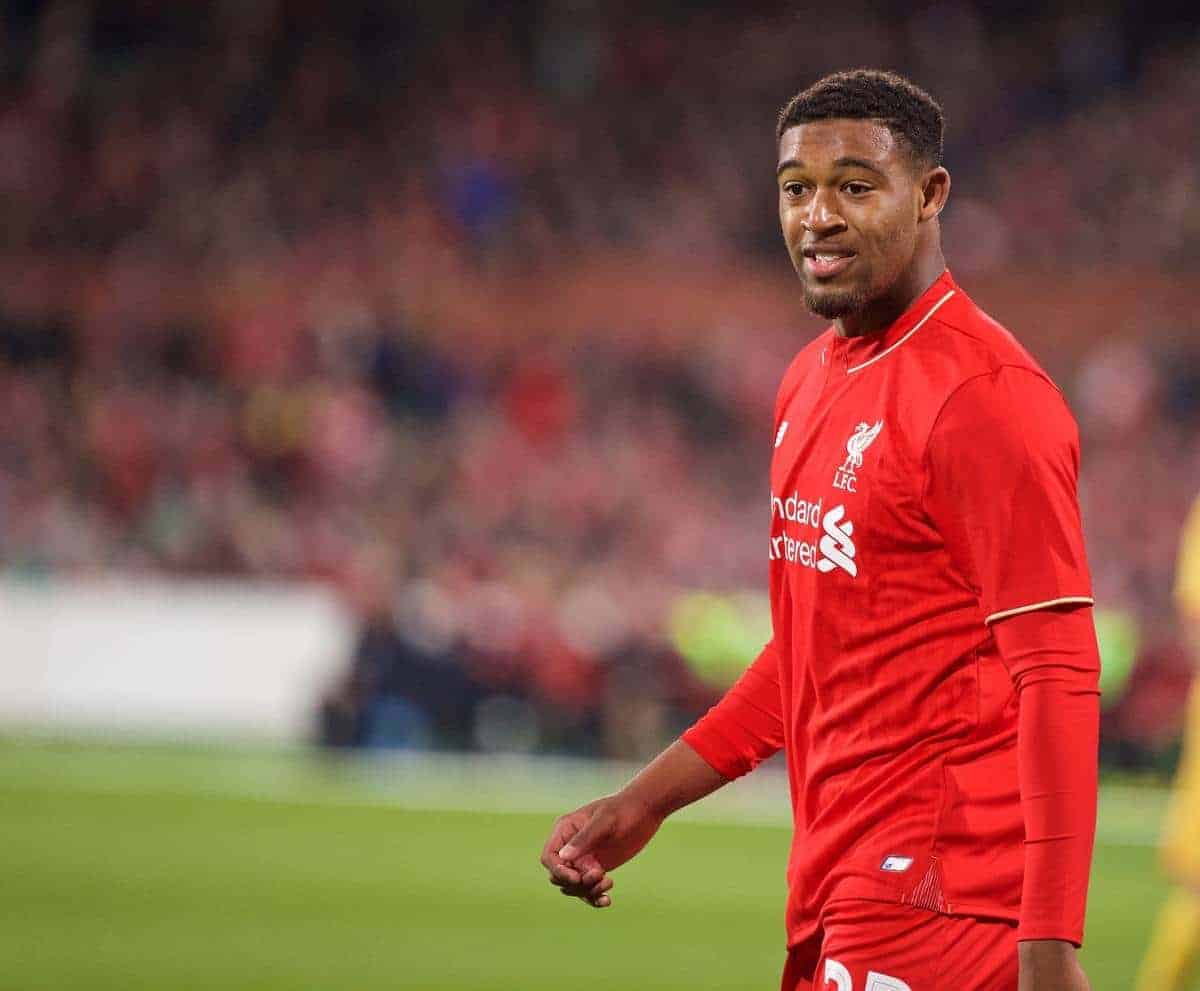 Neil Poole waxes lyrical about Liverpool’s up and coming young talents but warns against the dangers of burdening them with too much expectation.

When the Second World War ended all the grown-ups who were still alive celebrated by having loads of babies. This was called the baby boom. Liverpool faced their own battles last season, and the outcome is remarkably similar.

While I’m not suggesting that Liverpool’s management team have been making sweet love to each other, it’s clear that among the carnage of last season and those players who have been sold, ostracised or farmed out on loan, one key consequence is the spurt of younglings being given their chance in and around the first team. And, yes, I have just used the word spurt.

The recent game against Arsenal saw at clutch of teenagers take to the field at one point or another. Joe Gomez (18), Jordan Rossiter (18) and Jordon Ibe (19) continue to be awarded opportunities to impress. But it’s easy to forget that first team (almost) regular Emre Can is still only 21.

Throw into the mix the under 25s who played like Nathaniel Clyne (24), Philippe Coutinho (23), Benteke (24) Alberto Moreno (23), Roberto Firmino (23) and this team has got ‘the future’ written all over it. Although having witnessed Moreno’s futile runs against Bournemouth and Arsenal I have decided that Moreno, like fellow left-back John Arne Riise, will spend the entirety of his remaining Liverpool career trying again and again to recreate a single amazing moment from his past but never actually score ‘that’ goal ever again. I love/hate that little scamp though. (Can’t make my mind up.)

You can’t help but be excited by the potential growth of these players, both as individuals and together, as they grow as a team. There’s security in tenure. I love nothing more than to throw my arms around myself and whisper sweet nothings into my own ear. Hands up if you’ve soothed yourself with a verbal warm hug such as this: ‘With Clyne and Gomez we could have the fullback positions sewn up for the next seven or eight years’. Hands back down.

However, as we know, the future is uncertain and potential isn’t a guarantee. The merit of youngsters has been hotly debated for some time.

Alan Hansen infamously said you can’t win anything with kids about Manchester United in 1992. We all then had to bear witness to the once in a lifetime, devil’s crop of mutant, man-children go and win the league. To be fair to the much maligned Hansen this is probably the only example of kids going onto win something. Well, except in a junior footy tournament. But in the ‘man leagues’ there’s plenty who haven’t.

Not many people know this but Hansen had recently read Lord of the Flies when he came out with his ‘kids’ line and his mind was filled with images of a dystopian island full of young men. He was correctly interpreting the fact that Literature shows us that if you stick a load of young lads together they will turn feral, fail to function as a cohesive collective and go round cutting off pigs’ heads, mounting them on sticks.

The same boys will then take this same pig’s head, jump on an Easy Jet flight to Barcelona and throw it on the pitch as Luis Figo returns for the first time, having swapped Catalonia for the Spanish capital’s Galacticos. And if you don’t believe that you only have to pay attention to the lyrics of the factual gospel that is Youth Gone Wild by 80s cock-rockers, Skid Row. Kids regularly mess up. Rafa fact.

It turns out people’s worst enemies are themselves and other people. Who’d have thought it?

And this is where my concern over the plaudits currently being afforded to Gomez et al currently lie. The way we judge young players, rightly or wrongly, occurs within two distinct frames of reference, but the switch from one to the other happens in the blink of an eye.

The first judgements derive from good intentions. Youth is used to mitigate the mistakes and to embellish the positives. For example, “Look how composed he is for an eighteen year old.” However, overnight these same players are then judged in the context of our heightened expectations. We grow disappointed that they haven’t turned out as good as we wanted as quickly as we wanted, even though we know that we haven’t given them enough time in the first place.

Towards the end of last season I wrote the following in the editorial of the We Are Liverpool fanzine about Jordon Ibe when he burst onto the scene and was playing out of his skin:

‘These moments when a player emerges are the pure moments in footy when everything is ok with the world and you remember why you love the game. It provides a purple patch for our support and awards a  response towards one of our own  which is absent of cynicism. But, before long the groans will set in at the misplaced pass and the questions will be asked about the pace of his development, the quality of his finishing and the fulfilment of potential.’

Roll on a mere five months and please see exhibit A – Jordon Ibe being s**t against Arsenal. To be fair Liverpool fans have admirably not lost faith in Ibe yet. It would be ludicrous to do so after such a short run on poor form. But, genuinely, how many games do you think he’ll be allowed in his current form before he begins to be written off? And should we even be measuring it in games? At the tender age of 19 surely we should be measuring his progress in seasons. But already you can see the weight of expectation beginning to weigh heavy on his young shoulders.

Ultimately, it’s the players who have to sort this out themselves. But we can help in some small way by binning off the comparisons and hyperbole. Jordan Rossiter is not the next Steven Gerrard – for a start I’ve never seen Gerrard smile as much as Rossiter did in his post-game interview against Arsenal. Ibe may not end up being better than Raheem Sterling. Gomez may not be a child prodigy.

It’s fine to want, encourage and hope for this. But to expect it does nobody any good. We don’t want Liverpool’s talented babies to explode and go boom under the weight of expectation. Rather, we need to let nature take its course and give them the cycle of seasons to blossom and bloom.