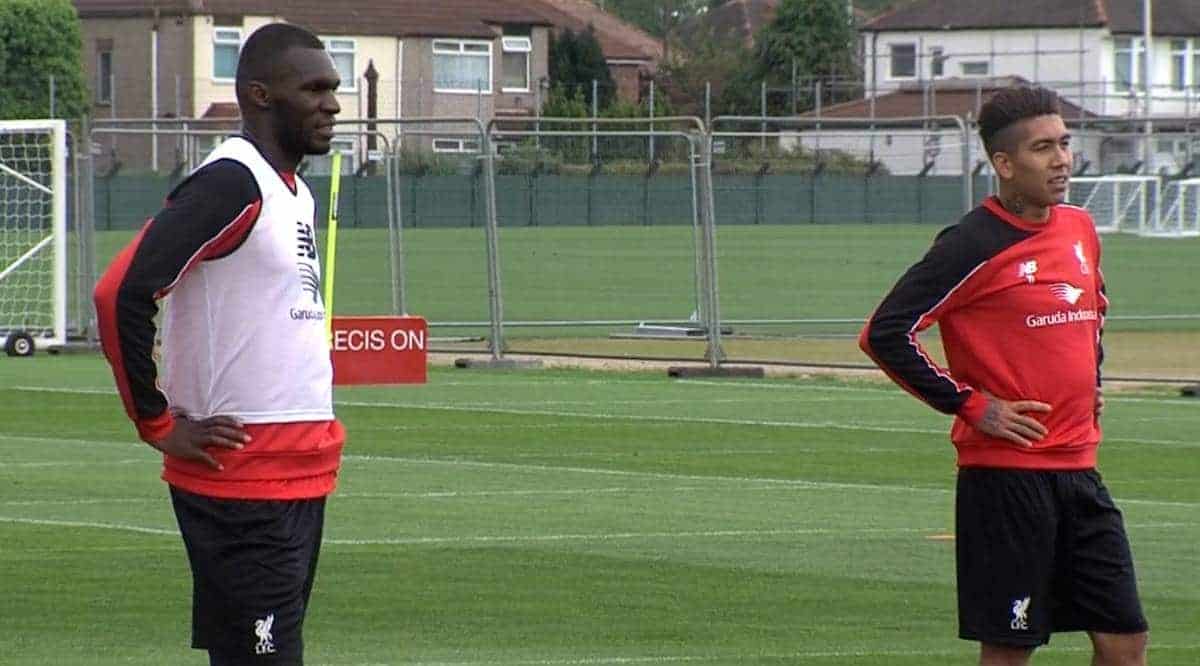 Christian Benteke and Roberto Firmino make their first appearances in Liverpool shirts on Sunday afternoon as Brendan Rodgers’ side take on Swindon Town in their final pre-season friendly of the summer at the County Ground.

The Reds are unbeaten in pre-season and today’s game comes less than 24 hours after a comfortable 2-0 victory over HJK Helsinki in Finland.

The only player to potentially be involved in both games is Pedro Chirivella, who was a late substite in Helsinki, but Emre Can makes his first appearance of the summer after missing the tours of Asia and Australia due to international commitments.

Both Liverpool players on loan at Swindon Town for the season start against the Reds — Jordan Williams and Kevin Stewart.

The players will not be wearing squad numbers during the game.