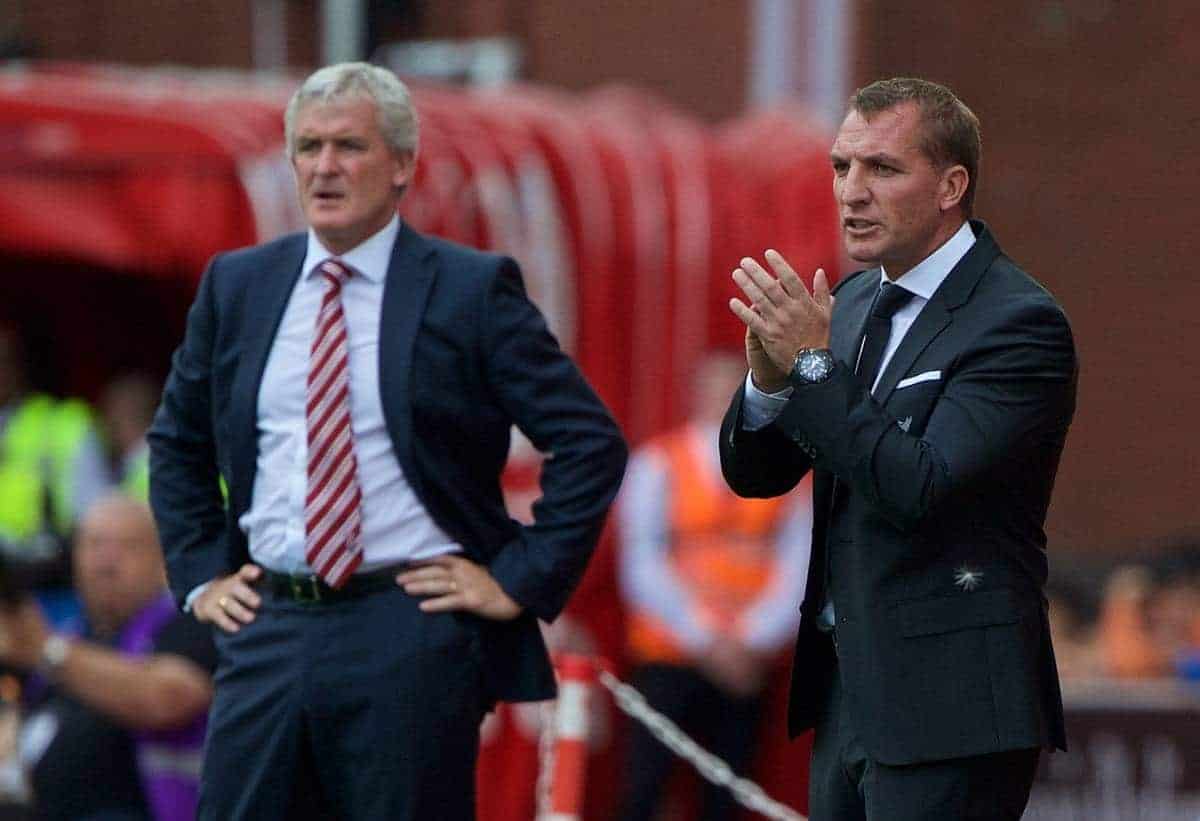 Liverpool boss Brendan Rodgers was understandably pleased with his side’s display in their 1-0 victory over Stoke City.

“The players were outstanding,” praised the boss.

Liverpool were preparing to make a third and final substitution and Rodgers admitted he was planning to replace Coutinho moments before his long-range winner.

“We were looking at it (substituting Coutinho) because he’s only come back into the fold a lot later than the others,” the Northern Irishman admitted on Sky Sports 1.

“But it’s wonderful. We obviously changed position because he started in central midfield.

“You try to leave it (the substitution) as long as you can because he has that magic. But what a goal! To turn out Steve Sidwell who’s a really strong player, to get away and hit the strike at that stage of the game, in the first game, was wonderful.”

“Certainly today was a great start for us,” said the Northern Irishman.

“We had to come here and put on a performance and win. On the back of where we were with at the end of last season, it really shows the character in the squad now.

“Assess it after 10 games and see what the table looks then.”

Looking to the future, Rodgers said: “Once we click into gear, we’ll be a difficult team to play against.

“There’s a lot of development left in the team.”