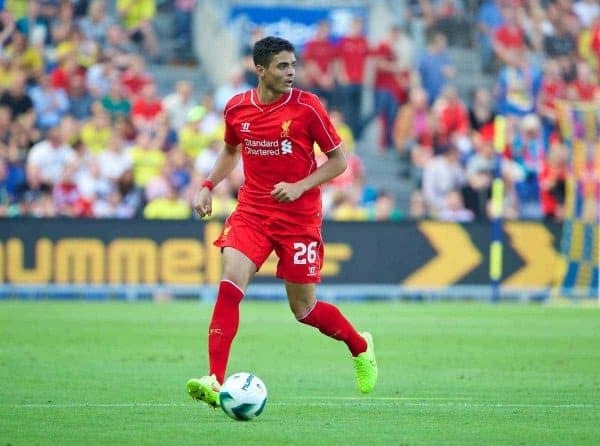 Following Tiago Ilori’s rather bemusing loan move to Aston Villa on deadline day, we round-up the best of the social media reaction.

On what was a very quiet day for Liverpool on the whole, Tiago Ilori’s loan move to Aston Villa was the main talking point.

Villa will have a view to a permanent move for the 22-year-old centre-back, which again has come as a surprise to many.

Ilori is the 17th player to be loaned out by the Reds this summer, as the transfer window finally comes to an end before reopening in January.

Here is how social media reacted to the news of Ilori’s move to the Midlands:

What are FSG doing? I hope Lazar and Tiago go on to fulfill their potential and have great careers. Pogbalike

On Ilori: don't understand why @LFC went to trouble of buying him to never give him a chance, especially how pleased they were to do deal

‘Sound as a Pound’ on the forum”

Under Rodgers Liverpool have spent an embarrassing amount of money on players given few chances and/or not played in their natural position.

Seven million quid, two years, three times an unused sub and it looks like that is that for Tiago Ilori at #LFC pic.twitter.com/9DMKkUfAHR

Ilori's imminent departure means 13 of the 24 players Liverpool signed from 2012-14 have either left the club permanently or are on loan.

We should have loaned Ilori out to a prem team the first season we signed him! Rogers has not done Ilori any good!

Pretty bad #DeadlineDay for #LFC then…Jose Enrique's move to West Brom collapsed and Ilori is on his way out.

Ilori will be amazing for Villa and they will buy him permanently. Big mistake by LFC.

The Tiago Ilori saga and outcome, however insignificant in terms of finance, might define Brendan Rodgers in the transfer market. #LFC

Don't think we should've included an option to buy for Ilori. Why did we buy him if he's not going to play for us?

Sakho, Ilori, Luis Alberto, Markovic. £50 million worth of talent not given a fair chance by Rodgers.