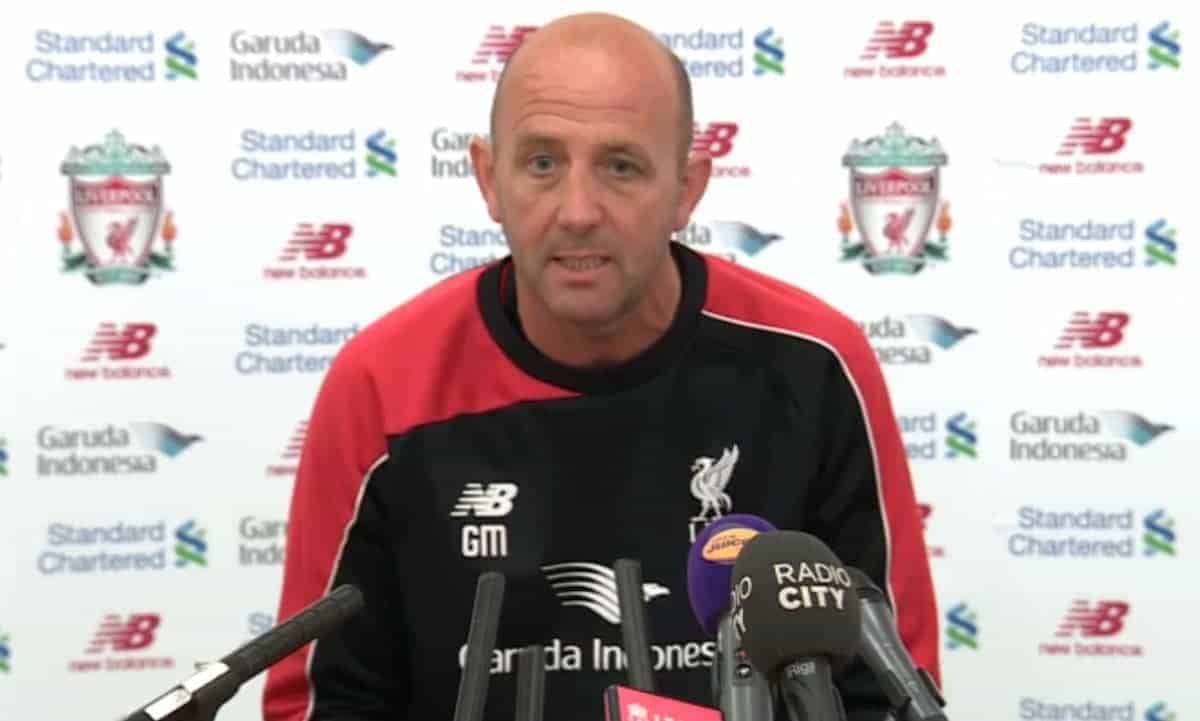 Liverpool first-team coach Gary McAllister attended the pre-match press conference ahead of Liverpool vs. Carlisle United in the League Cup.

McAllister confirmed that striker Christian Benteke will have a MRI scan to determine the severity of his hamstring injury.

“We’ve got provoke them by playing attractive football and scoring goals.”

McAllister confirmed that striker Divock Origi will be “in and around” the team.

He also praised the improved tactical awareness and fitness of the lower leagues, with Carlisle having beat QPR in the second round.

OPINION: Why the Carlisle might will be the biggest night of some supporter’s lives