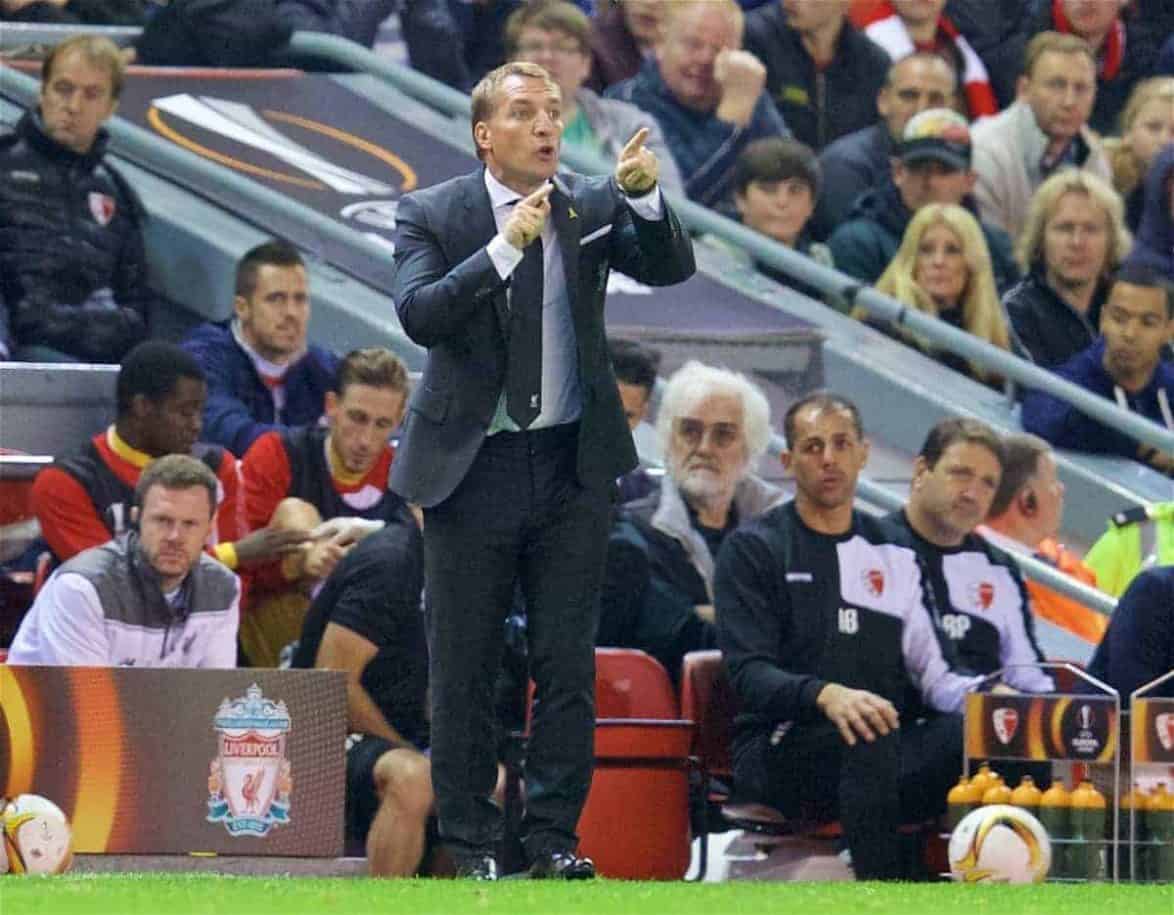 Despite seeing his side fail to put their lowly European opposition to the sword at Anfield on Thursday night, Rodgers remained optimistic about his position as Liverpool manager, saying “it’s a wonderful challenge.”

Goals from Adam Lallana and Ebenezer Assifuah ensured the Reds shared the spoils with FC Sion in their second clash of the 2015/16 Europa League campaign.

But the 42-year-old remained upbeat, taking a confident stance when questioned about the pressure he is currently under as manager.

“It’s the pressures of a huge club like this,” he said.

“But I immensely enjoy the job here. It’s a wonderful challenge, in terms of how we’ve been building it over a couple of years.

Rodgers’ words on rebuilding are remarkable, particularly after such a deflating result.

Liverpool’s failure to secure all three points at home to Didier Tholot’s side should be extremely worrying—despite Rodgers resting several key players ahead of Sunday’s Merseyside derby clash with Everton.

After spending close to £300 million on players over his four seasons as Liverpool manager, Rodgers should not be rebuilding at this stage.