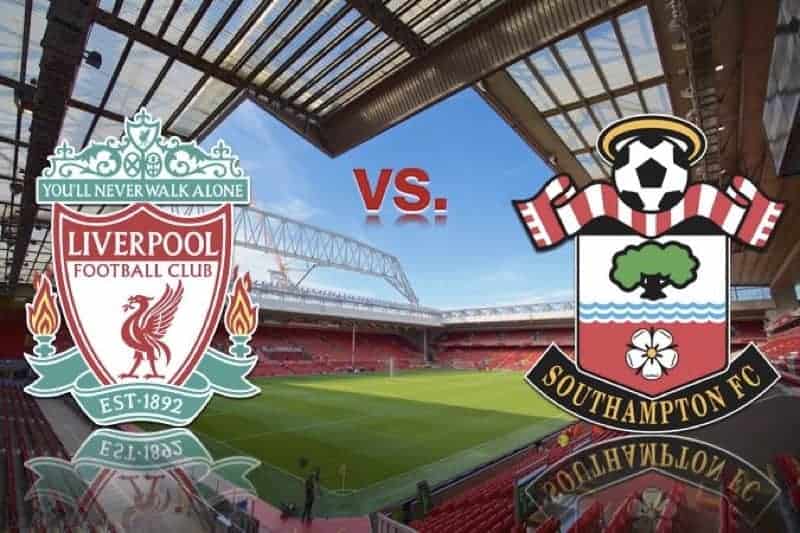 The German will be looking to spark an upturn of form into a struggling Premier League campaign in the 100th clash between the two sides, and build on the hard-fought point at White Hart Lane last weekend.

A first three points of his Anfield career will undoubtedly be the aim for the new boss, but it promises to be a tough task against Koeman’s men, who arrive unbeaten on their league travels. Liverpool go in search of a fourth consecutive win over the Saints, having won twice in a row at St. Mary’s and recorded a 2-1 win on the opening day of last season at Anfield.

That corresponding fixture last season carried an extra significance with the Reds raiding Southampton for their summer signings, but Brendan Rodgers’ side came out on top in a tight encounter.

Raheem Sterling finished off a superb through ball from Jordan Henderson to put the Reds ahead, before Nathaniel Clyne smashed home in front of the Kop to draw Saints level.

Daniel Sturridge – much to the relief of the nervy Anfield crowd – notched from close range with what proved to be the winner 10 minutes from time on a tricky afternoon.

Prior to the three consecutive victories however, Southampton recorded their first win at Anfield in a decade when they beat Rodgers’ men 1-0, courtesy of Dejan Lovren’s header, in September 2013.

Southampton will be looking to repeat that feat to claim just their fourth Premier League win in L4. After a slow start to the season, Southampton arrive on Merseyside having really settled into the new campaign.

Sunday’s visitors have lost only one of their last seven league games, picking up three draw and three wins – one of which was an impressive 3-1 victory over Jose Mourinho’s Chelsea at Stamford Bridge on their last away trip.

However, the Saints currently sit level on points with Klopp’s side – two places above the Reds only on goal difference – despite this positive run of form.

In contrast, Liverpool have just one win to show from their last seven league games – 11 in all competitions – and with the title of draw specialists following seven stalemates in their last eight matches.

A first Liverpool victory for Klopp is priced at a generous 6/1 exclusively for This is Anfield readers with Paddy Power, with a draw at 12/5 and a Saints win valued at 3/1.

Koeman has an almost fully fit squad at his disposal, with only first-choice stopper Fraser Forster and Shane Long unavailable through injury.

Steven Davis, Victor Wanyama, James Ward-Prowse and Martin Stekelenburg are all available, and Jay Rodriguez and Jordy Clasie could also feature as the Dutch manager carefully reintroduces the pair to action.

Top scorer Graziano Pelle – who has netted five times this season – looks set to lead the line with the support of second-highest marksman, Sadio Mane, to form a dangerous attack the Reds must be wary of.

Koeman has switched between a back three and four so far this season, but having picked up recent positive results with a four-man defence, Saints are likely to stick with what has worked well at Anfield.

Southampton are likely to line up in a 4-2-3-1 therefore, with the formation having helped pick up seven points from the last possible nine.

After a more reserved pressing display in midweek, Liverpool will need to return to the relentless energy of their trip to Spurs to unsettle the visitors’ solid midfield unit in order to be able to attack an indifferent back four.

“We started to analyse Southampton this morning. We were together for an hour I think, I know much more about Southampton.

“It’s obvious what their strength is – well organised, of course, and they try to press high with six players – but we have to play football.

“The next challenge is not an easy game, but we are at home.”

Koeman, ahead of the Anfield trip, said:

“I was surprised how they [Liverpool] played the first 30 minutes against Tottenham. I think it was really different, a different Liverpool, in the aspect that they did good high-pressing.

“I’m confident [we can get a result] because we know what we have to do, we know how we have to play and we know we can bring problems if we play our level.”

The game will be the third of the day shown on Sky Sports 1 after the Tyne-Wear and Manchester derby clashes, with kick off at Anfield coming at 16:15pm (GMT).

Paddy Power are offering This Is Anfield readers 6/1 on Liverpool to beat Southampton on Sunday. Register now. Terms & conditions apply.