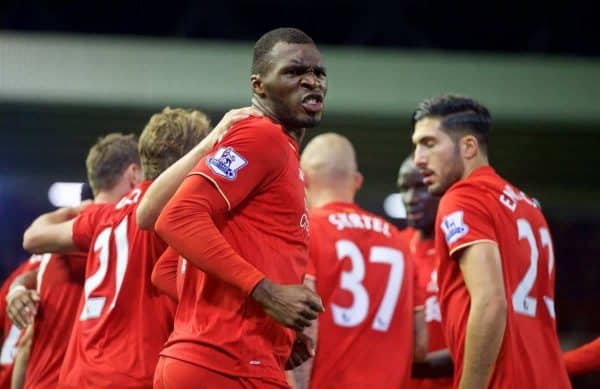 It’s the morning after Liverpool’s frustrating 1-1 draw with Southampton, and we round-up the best newspaper reaction from the game.

Jurgen Klopp‘s first home league match in charge of the Reds was not exactly a classic, with plenty of flaws within the team still plain to see.

Christian Benteke looked to have won it for the hosts, only for Sadio Mane to spoil the party with just four minutes left on the clock.

Klopp really has his work cut out in the opening few months of his tenure, and it feels like a case of getting to January and building from that point on.

Here is how the newspapers reacted to the draw at Anfield.

Ian Doyle of the Liverpool Echo feels that the Klopp hysteria has now died down, and it is now very clear what a tough task the German has on his hands:

After the fervour and excitement of the German’s much-vaunted arrival, reality has now firmly bitten, the feelgood factor swiftly dissipating.

So if Thursday’s Europa League stalemate against Rubin Kazan represented the dying embers of Klopp’s welcoming party, then this was the hazy morning after.

The Liverpool boss knows what he has taken on. The Anfield hierarchy – John Henry, Tom Werner and Mike Gordon all in attendance again – know the scale of the task.

And the Liverpool fans know it too. They’d just allowed themselves a few weeks respite after a demoralising six months following the club.

When the flash bulbs were popping and the cameras were rolling at his grand unveiling, Liverpool’s owners hoped Jurgen Klopp would start his reign with a 100 per cent record.

A sequence of draws, however, was not the plan. Three games into the Klopp era and we are still awaiting the first victory, as another anxious afternoon at Anfield ended with familiar feelings of frustration.

This should have been the landmark win, the game that provided Liverpool with some momentum and a towering header from Christian Benteke, celebrated exuberantly by the colourful manager, could not have come at a better moment.

But. With Liverpool there is always a ‘but’. One cheap free-kick conceded, two defensive headers missed and three points quickly became one when Sadio Mane was able to bundle in from three yards to shatter the fragile optimism.

Paul Joyce of the Express bemoaned the quality of Liverpool’s finishing, and their all-round creativity:

The wait for a first victory goes on and his vision of full throttle football presently feels fanciful for a side that is stuck in neutral, unable even to creep forward.

This was Liverpool’s eighth draw in nine matches, though there are a myriad of statistics that shine a light onto the underlying problems the German must resolve in the coming weeks.

In total, they have now had 99 shots in the Premier League this term (excluding blocked shots) and that their paltry goals tally stands at just nine speaks volumes for how the squad Klopp has inherited has lost its way.

Once again there were the usual array of pot-shots from distance that never looked capable of troubling Southampton goalkeeper Maarten Stekelenburg as a lack of creativity continues to anchor the quest for meaningful progress.

David Maddock of the Mirror criticised Philippe Coutinho‘s performance, with the Brazilian really struggling at the moment:

What happened to the Brazilian with stardust in his boots who thrilled Anfield in the second half of last time, to force his way into the samba squad?

He’s been dropped by the Brazil coach recently, and it wasn’t hard to see why here, because he seems lacking in the explosive chemistry that made him such a handful for defences at the start of the campaign.

Maybe he needs a rest away from the side.

Finally, ESPN‘s John Brewin focussed on the fact that patience is needed with Klopp:

Klopp himself is taking time to familiarise himself with his new home.

His maiden Anfield Premier League match saw Liverpool begin each half with the bustle that is expected from a Klopp-coached team, though not quite the high-octane stuff of last week at White Hart Lane. The necessary levels of fitness will require plenty of work on the Melwood training ground to achieve.

Much else besides is needed for Klopp to be able to replicate his successful Borussia Dortmund team’s blur of neon, and it seems like home fans recognise that. Not many of them appeared to be getting too excited and the pain of so much dampened expectation over recent years has given rise to a sensible degree of caution. Signs of progress and moments like Benteke’s glorious goal will do for now.